SMN report:
Recent rumours have swirled around the notion of Revell adding to its big-scale range with a Heinkel He 219 Uhu (Owl) night fighter. And it seems that this really is going to happen, and that it won’t simply be a scaled-up version of the 1:72 scale kit already available. 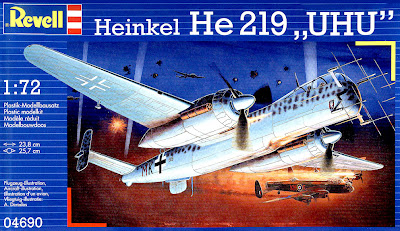 Neat radar antennas
If the Heinkel He 219 Uhu comes anywhere near the standard of Revell’s recent Heinkel He 111, then 2012’s modelmakers are in for a treat. When assembled, the twin-engine aircraft model should measure some 485 mm (19.1 in) long, with a wingspan of 578 mm (22.8 in). Delicate items such as the Uhu’s fork-like nose and tail radar antennas will really benefit from being produced in big 1:32 scale.

Advanced design
The two-seater He 219 Uhu was a sophisticated design that included not only an advanced night-interception radar system, but also the world’s first operational ejection seats. It was the first German aircraft with tricycle landing gear, and had it been available in greater numbers, the Uhu might have really hammered Allied bombing efforts, especially the RAF night offensive. However, as with so many advanced Third Reich weapons, the military story was too little, too late. Just 268 had been built before the end of World War II, and even these saw only limited service. 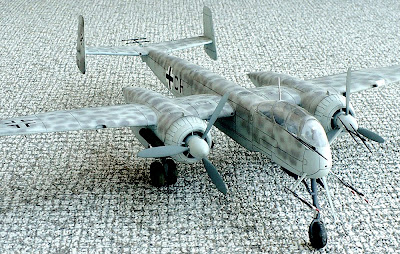 Guess the release date
We don’t have a 2012 release date for the Revell He 219 Uhu yet, but our money’s on this attractive-sounding kit being available in late Spring or early Summer. 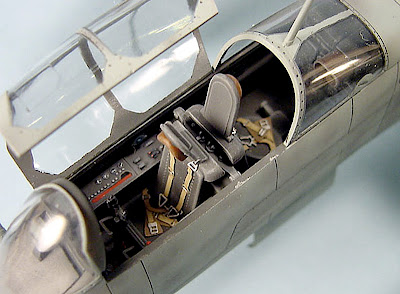 Tamiya 1:48 scale kit
Meantime, lovers of the Uhu’s bug-like looks will have to be content with the current biggest and best, the 1:48 scale Tamiya kit. This is freely available, and is well up to the usual Tamiya standard - clean and crisp components, beautifully presented packaging, all in all an extremely nice product. 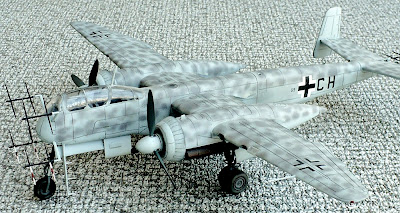 Canadian Uhu
We had an internet trawl and came up with a very nice build on the Great Canadian Model Builder’s Web Page, hosted by Warren Zoell, who says: “Here are some images of Tamiya's Heinkel He 219 Uhu night fighter.” He adds: “This model kit is what you would expect from Tamiya and that is to say excellent. Plus it lends itself well to aftermarket parts.” Thanks for the heads-up and pix, Warren.
More on the Tamiya kit from Warren Zoell at the Great Canadian Model Builder’s Web Page here.