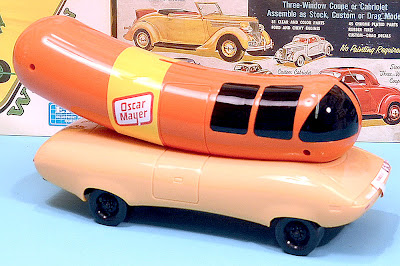 SMN weekend read from Mat Irvine:
Billed as ‘largest in the state of Illinois', the Chicago Toy Show is a twice-a-year event, held at the Kane County Fairgrounds. According to my friend and colleague Dean Milano, the show is far smaller than it used to be, but to this visitor from ‘across the pond’, it’s still pretty impressive. Warm weather
The weather on October 23 was reasonably good for the time of year, with bright sunshine and balmy temperatures approaching 21C (70F). I’ve been to this this event in the pouring rain before, so the mild weather made a pleasant change. The Chicago Toy Show is also subtitled the Antique-Collectible Toy and Doll Show, but is popularly known as the Kane County Toy Fair - no matter, they all mean the same thing!

Many shows at Kane County
In fact, the Chicago Toy Show is just one of many held at the Kane County Fairgrounds - of interest in October alone were two Flea Markets and the Chicago Railroadiana Show and Sale. Still, this was all I had time for, and on my visit in October, the show did me proud for choice goodies. 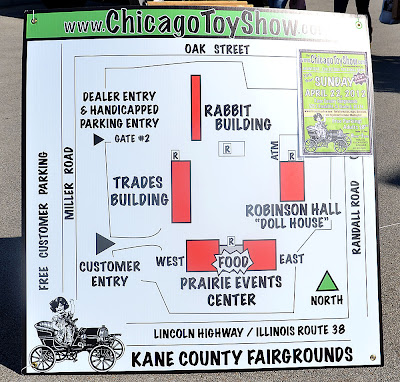 Toy or kit?
Most of the show is indoors, but there are also well-filled semi-open sheds. Prominent floor plans (above) help with orientation. It’s worth noting the word ‘toy’ in the event’s title - most items on display were toys rather than scale models, so I had to look hard to discover construction kit gold. 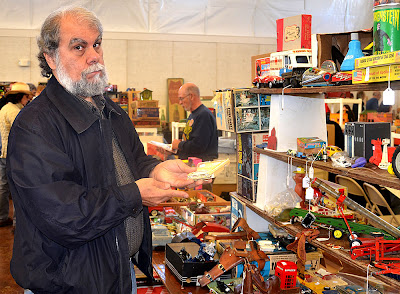 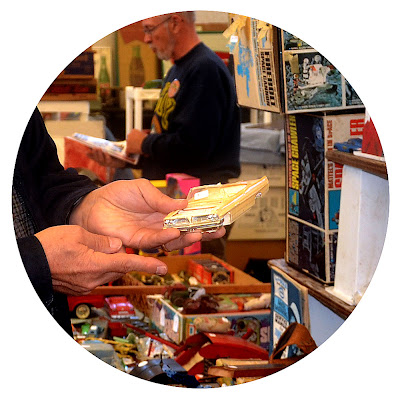 Display goodies
Dean Milano looks over an 1:25 scale AMT Chrysler Imperial (above). This one is fully assembled, so would be useful for filling a display shelf rather than being any use as a construction project. The classic mix of cars as toys and kits in this display (below) included two 1:25 scale ERTL farm kits. The Farm Wagon caught my eye, and after a bit of haggling, I ended up as the new proud owner! 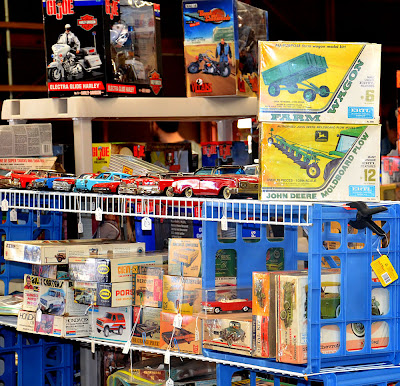 Pop group from Britain
You never know who you’ll see at a show like this. These are not the Revell kits of the ‘Fab Four’ Beatles pop group. Instead they are a group of well detailed, ready-made figures. The show spills into the outdoors too - a 1970s-era Ford LTD (below) had a hood stacked with items for sale, and is a regular visitor. 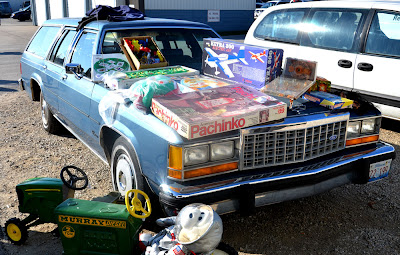 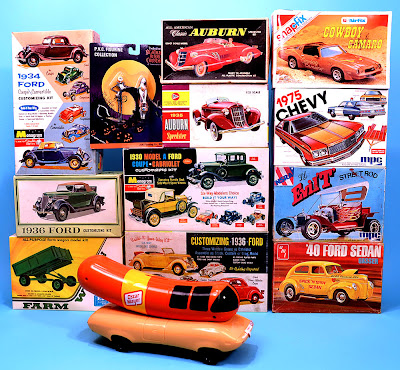 Treasure trove of toys and kits
Here is my ‘baker’s dozen’ treasure trove (above), fresh from the day’s hunting trip. The Monogram 1930s-era Fords, found unbuilt and in mint condition, were a real find, as were two issues of the 1:25 scale Pyro Auburn. The kit at the top is the earliest, and while it’s not the greatest of kits, it is unique, being the only example in this scale. The Oscar Mayer Wienermobile is a promotional toy not a kit, but just look at it - a terrific example of this ongoing example of classic American mobile advertising. These days, the Weinermobile is based on a Mini, but still looks every bit as weird! 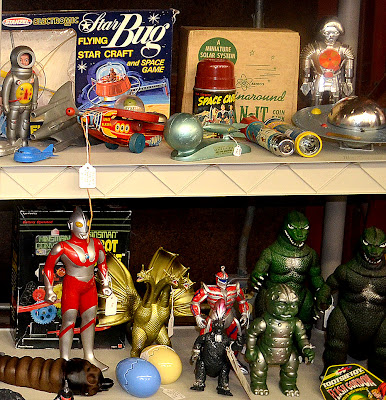 Science-fiction heaven
Space toys put on a strong showing, and this classic corner was enough to make any sci-fi  buff bend an antenna and start gabbling in Martian. The astronauts, robots and monsters were great, though perhaps the Spinaround Miniature Solar System Coin Bank took top prize for sheer originality.