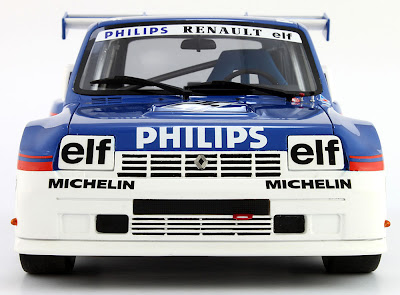 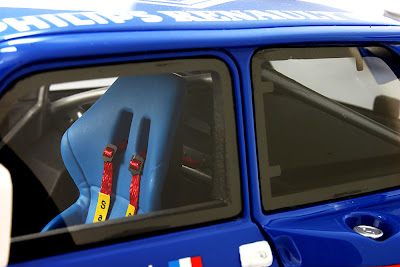 Championship-winning Frenchman
Renault entered the car three years running, 1985, 1986 and 1987, and Comas won the Supertourism Championship the third year. Interestingly, the winning vehicle - in red-and-blue markings that differ from the OttO model - is presently on sale (below) asking price €185,000 EUR ($245,000 USD) so if you have deep pockets and a desire for a two-decade-plus pocket rocket in your garage, here’s a chance to go for it. According to the sale details, it’s US-legal, so maybe there’s a shipping container waiting with your car’s name stamped on the front. 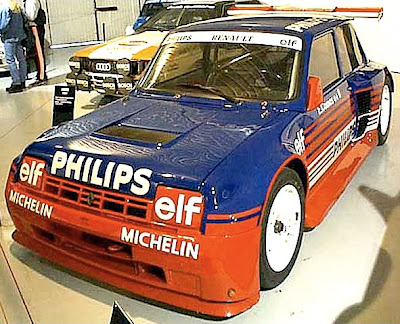 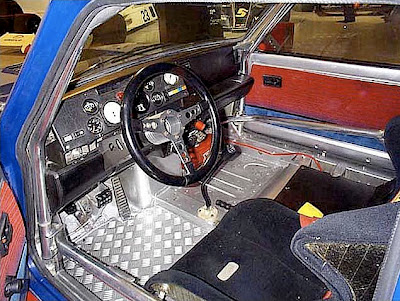 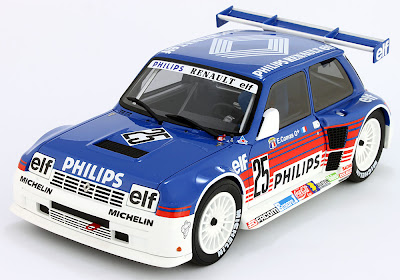 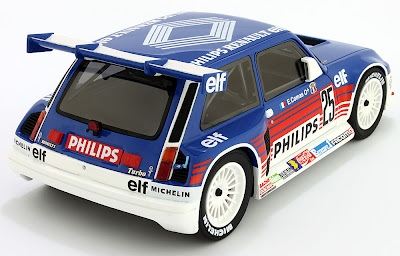 Fine detail
Back to the model, and as with other OttO releases, it is fully finished and beautifully detailed - note the excellent and realistic texture on those seat belts. The OttO Renault 5 Maxi Turbo has to be well worth including in a rally-based auto collection.

More new OttOstuff
Other new cars from OttO include the Citroen Visa (above) and Peugeot 205 (below). Both are of prime interest to French and Euro-car fans of course; even so, as a way of expanding a 1:18 scale collection away from the usual suspects they make an easy and stylish way to do it. 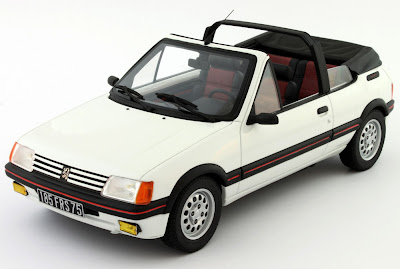