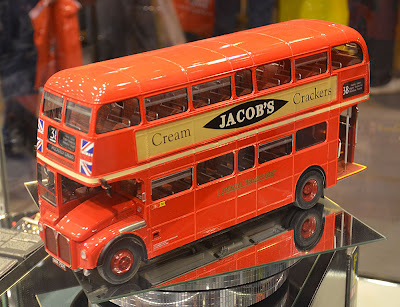 Mat Irvine reports:
It’s one of those coincidences that two of the most significant model kits to be made in recent years are both to 1:24 scale and both of classic British subjects. First came the Airfix 1:24 scale de Havilland Mosquito, now Revell has given us the archetypal London Bus - a name so familiar that the kit is called just that, not the AEC Routemaster, to give it its full and correct name. 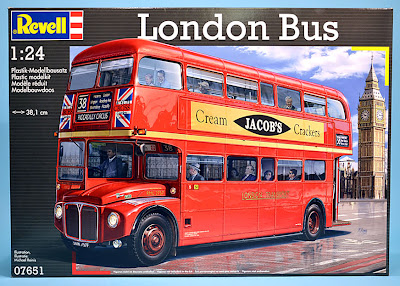 This is - not surprisingly - a big kit, in a correspondingly big box (above), and will take a while to assess fully, let alone build. But at a first glance what do you get? 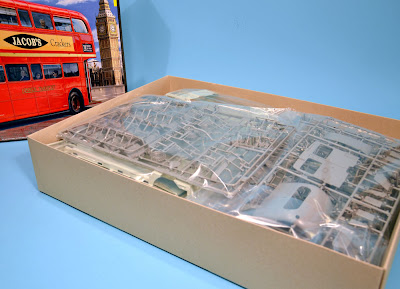 High parts-count
Open the box and there are a lot of parts, so much so that adding them all up is tricky, but it has to be approaching 400. Why so difficult? Well, the component numbering actually goes only to 272 - but you get two sets of four of the 16 runners, and identical parts (such as seats) share the same number - and remember that this is a double-decker bus with seating for up to 70 people. 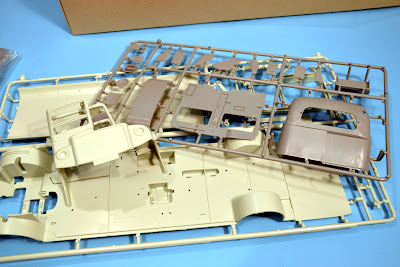 Grey or red?
It is moulded, perhaps slightly oddly, in two shades of grey. The front section comes in one shade, while the upper rear is in the other, but that doesn’t matter, as there’s only one proper colour for this bus when it's finished - red. 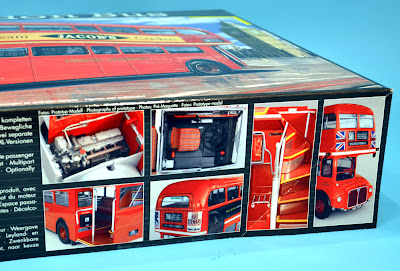 Longer RML bus
The kit features the lengthened RML version, given away by the central section having smaller, square windows. In the real thing, this was achieved simply by cutting straight down the middle and inserting a 610 mm (28 in) section. If you are so inclined, this means that a conversion to the short-version RM ought to be reasonably straightforward. As it stands though, the assembled Revell bus will measure some 286 mm (11.25 in) long and 102 mm (4 in) wide. Height should work out at around the 180 mm (7.1 in) mark. 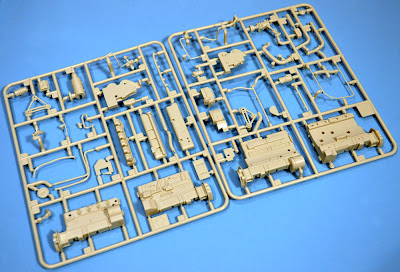 Engine options
You get two engines (parts above) which is a bonus. Unless you are a real bus aficionado - and there are many - you likely wouldn’t be aware that Routemasters were re-engined in the 1990s to cope with emissions regulations. So the original Leyland engines were replaced with a Scania design, and Revell provide the option of installing either powerplant, as you wish. It does make you wonder why there wasn’t a suitable UK-built replacement engine available, but that’s another story. 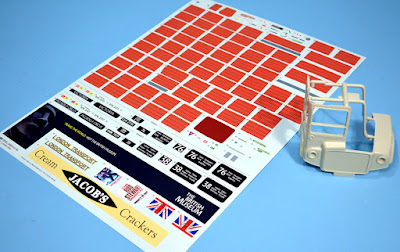 Wide range of markings
The decal sheet (above) is enormous, and if you were worried about reproducing all those tartan-patterned seats so beloved by London Transport, these are supplied as decals. Markings for two specific buses are supplied - RML 2273 is for the Victoria Station route 76, without advertising, while RML 2757 is the Piccadilly Circus route 38, with adverts for the sides that include the British Museum, Jacob’s Cream Crackers and ‘The Rod Stewart Musical’. The instruction booklet (below) is comprehensive and runs to 28 pages. 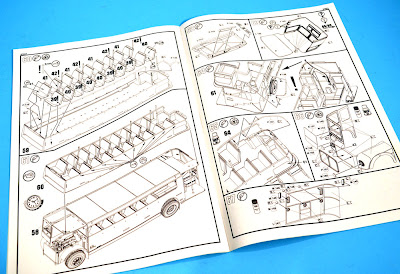 Thanks to Volker Vahle at Revell for rushing the kit to us.

The finished bus
The 1:24 scale kit looks excellent when assembled. Here are some built-up pix to whet your appetite and get those modelmaking fingers twitching! 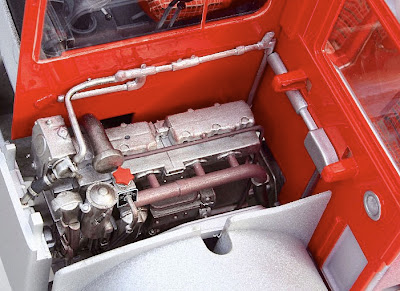 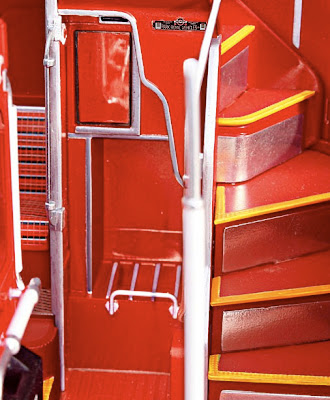 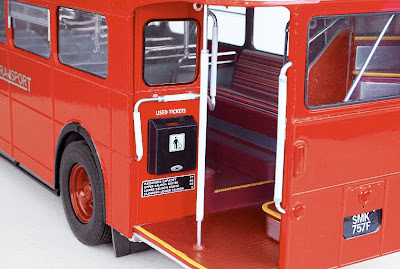 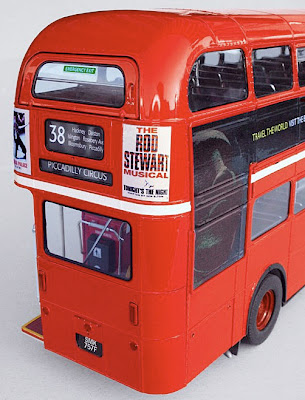 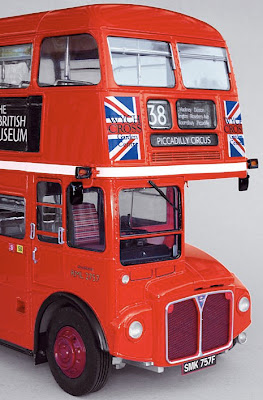 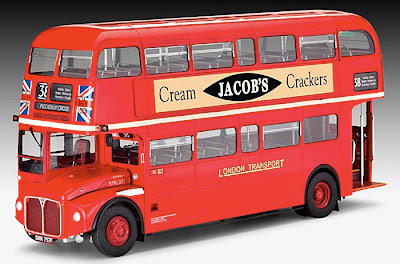