NEW KITS AND ‘KATCH THE KAT’ FROM ROUND 2 MODELS 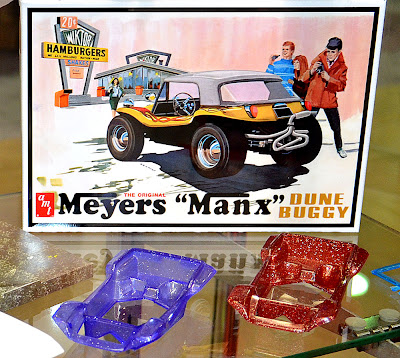 Mat Irvine reports:
Since its inception, Round 2 has reissued kits that haven’t seen the light of day for many years. But they aren’t all straight down-the-line reissues. Many of the new kits supply more parts than originally, often by combining parts from several versions that you didn’t get first time around. Also, some parts are supplied in varied colours - for example, plain transparent parts in the early kits are now supplied with three other transparent shades, so you can mix and match if you wish. 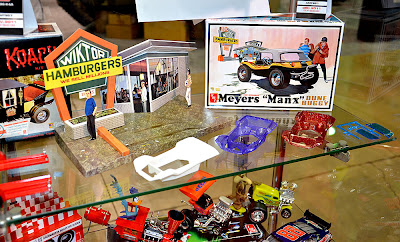 Dune Buggy diorama
One such up-and-coming reissue is the classic Mayers Manx Dune Buggy, which features a return of the original cardboard diorama background - Wiktor Hamburgers - that hasn’t been seen since the first issue. There will also be body options available in transparent metalflake plastic, though you’ll be lucky to get one, as the model is part of the ‘Katch the Kat’ scheme. 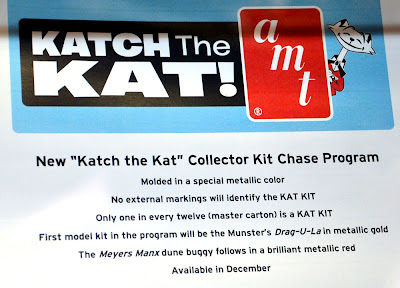 Katch the Kat
‘Katch the Kat’ is a collector-chase idea in which one of every dozen kits will be moulded in a special colour. The ‘Katch’ is that the box gives no clue as to what’s inside. AMT Brand Manager, John Greczula, explains: “The only way to know you've found a ‘Kat Kit’ is by opening the box! This gives everyone a fair chance to find one of the special Kat Kit models.” 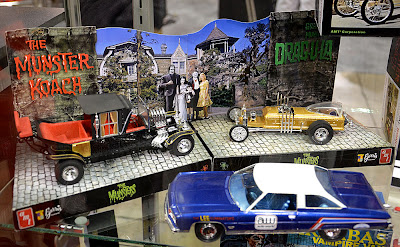 Drag-U-La
The first Katch the Kat model will be Grandpa Munster’s Drag-U-La, from the iconic 1960s TV show ‘The Munsters.’ Standard production shade for the coffin-shaped hot rod will be black, but the special Kat version will be in a: “dazzling translucent metallic gold plastic.” The Meyers Manx dune buggy will follow on, in brilliant metallic red, instead of plain white.

Caring for collectors
However, Round 2 are going to look after the serious collector, by releasing a premium-priced limited run of Kat models via the online Auto World store, with boxes clearly stickered to say what’s inside. Incidentally, the ‘Kat’ name and logo is based on one of AMT’s first custom advisors, Budd ‘The Kat’ Anderson, who died a few years ago. 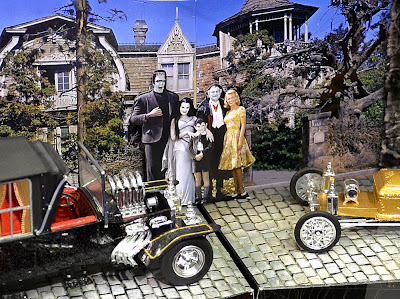 Card dioramas return
The card dioramas in kits that AMT pioneered,  were a spin-off to the card shop displays popular in the 1960s (themselves very collectible) and have now been applied to kits that never had them in the first place. Card displays have now been added to the Drag-U-La and Munster Koach kits. Even better, the two bases can be butted together to create a larger scene. 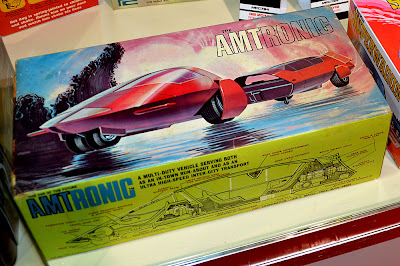 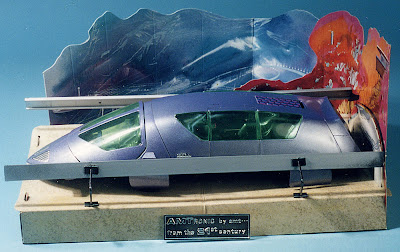 AMTronic future car
One of the most famous AMT kits was the AMTronic, the company’s own design for a futuristic car. It was two cars in one - a high-speed intercity transport, able to cruise the Interstates using magnetic levitation. Then, when reaching a city, the front section could split away to become a three-wheeled runabout. Technically, that’s four wheels, but the front pair were close-coupled. The kit did get reissued in AMT Millennium series, but much to everyone’s dismay, it came without the card diorama back. The latest issue restores this - and also the original box-art. 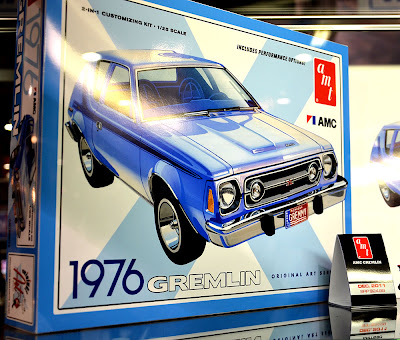 Reproduction box art
Another new approach for Round 2 is in supplying reproduction original box artwork. It’s supplied flat, so the box is much larger than standard. The first of these will be the 1976 American Motors Gremlin. 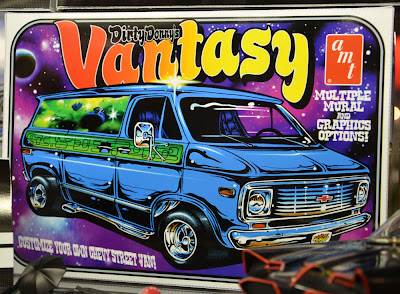 Chevrolet Vantasy
And there’s more. The name ‘Vantasy’ reappears, but this time there's a twist, as it's on a different vehicle. Initially, it was a camper version of the Dodge Deora custom pickup (SMN link below). Now the name has been applied to a Chevrolet 20 van that will come with a multitude of graphic decals to create your own ‘fantasy vantasy’.

I’ll be looking at the Round 2 science-fiction line very soon - so keep an eye on SMN for that!

Munsters Koach and Drag-U-La are also available in a different edition, coming as a double-kit, packed in a handsome collector's tin, but without the diorama display here.

Last but not least, here's a corner of Round-2’s stand at October's Chicago iHobby Expo, showing the classic AMT and MPC logos. 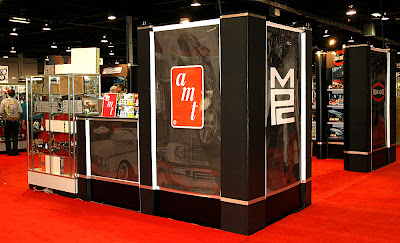