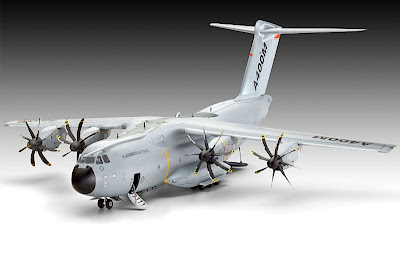 SMN report:
The 1:72 scale Revell Airbus A400M models the tactical airlifter that is the long-delayed European answer to the hugely successful Lockheed-Martin Hercules, a military cargo plane that’s been produced continually since its first flight in August, 1954. 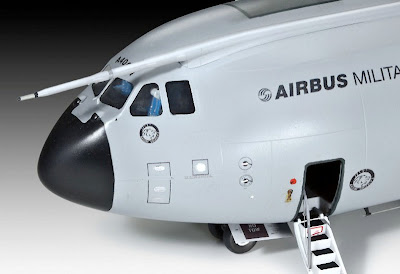 Big airlifter
Actually, the A400 aims to be somewhat more than that, as it is both faster and bigger, roughly half-way in size between the Herk and the newer turbofan Boeing C-17. Flights by the A400M ‘Grizzly’ test aircraft should result in the A400M finally making squadron service with the eight nations that have ordered it, starting in 2013. 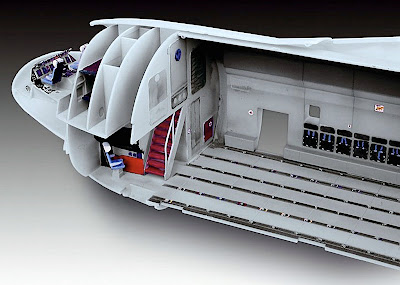 Interior detail
The Revell A400M is a biggie all right - produced to 1:72 scale, it has a wingspan of no less than 588 mm (23.15 in) and measures some 626 mm (24.6 in) long. There are 210 components, but perhaps the best thing about the kit - as you can see from these newly-released Revell buildup pix - is the amount of interior detail. All models benefit from a certain amount of convincing interior detail, but the cavernous interiors of cargo planes probably need it most of all.

Curving props
Detail looks good on the outside too - the complex shapes of those eight-bladed scimitar-curve propellers look just right, as do the dozen wheels of the twin-sponson main landing gear. We also like the neat drop-down airstair extending from the lower port fuselage side. The air-to-air refuelling probe over the flight deck is also included, and rightly so. 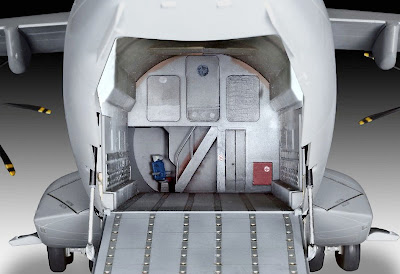 Add-on kit wanted
However - and this is just an SMN opinion - wouldn’t it be a terrific bonus if Revell, or an aftermarket supplier, produced a supplementary add-on kit, with flight and loading crews, plus a detachment of paratroopers and vehicles to drive up that long tail ramp? 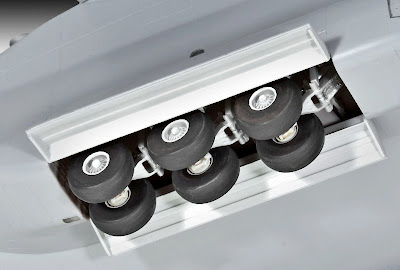 Combat loads
The real thing will be able to carry all sorts of deadly gear - up to 116 combat troops, a pair of M113 personnel carriers, or attack helicopters such as the Tiger or Apache. So, model manufacturers - bring ‘em on please!

The Revell A400M will make a mighty big addition to your display shelf, and is due on release this month. 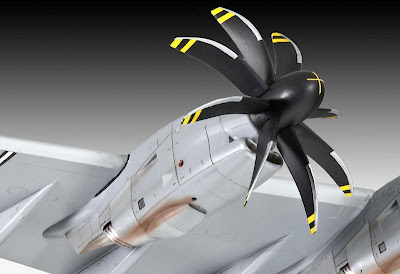