SMN shipping news:
According to the ship’s owner, Cunard, the luxury liner Queen Mary 2 is: “the most magnificent luxury ocean liner ever built. Her every detail harkens to the Golden Age of Ocean Travel, while providing one of the most modern luxury cruise travel experiences on Earth.” Wow, that’s breathless prose for you - but just for once, this ship might live up to it. And the Queen Mary 2 makes a fine model subject too, as the pic above shows. 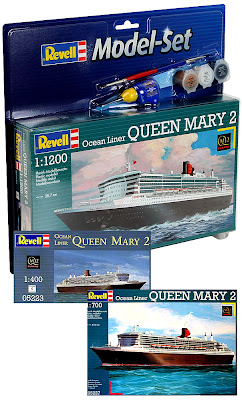 Queen Mary 2 model competition
The QM 2 is a popular scale model subject, with offerings in various scales from several kit companies, including Airfix, Heller and Revell. However, it’s the Revell kit we’re looking at here, as modelmaker Ralf Ohlweiler has won a Revell-sponsored competition for the best Queen Mary 2 build. You can see the quality of Ralf’s work in the pictures, and his effort gets a decent reward, with a two-day trip to Hamburg, Germany. In Hamburg, there's a meet-n-greet for Ralf with the Revell product development chief responsible for the QM 2 kit. After that, Ralf will have a stem-to-stern personal guided tour around the Queen Mary 2, guided by the ship’s chief designer, Stephen Payne. 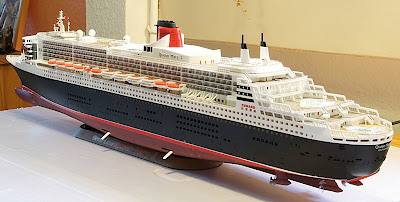 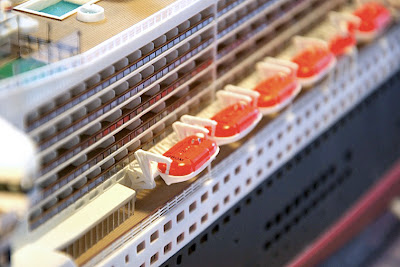 Entries in various scales
Competition entries were wide-ranging, the youngest being an eight year-old girl, which is nice to know, as lady modelmakers are not that common. Entrants sent pictures of their models, built in 1:1200, 1:700 and 1:400 scales, and overall results were very impressive, according to the jury. Ralf’s model impressed not only for the best construction, but also for its care and attention to detail, and the impeccable quality of the paint finish. 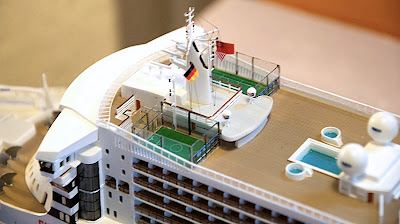 The nine runners-up came from all over Europe, and as far away as Turkey. They each receive a Revell model kit. 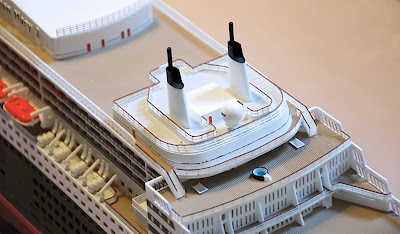 A liner of delights
Some more about the Queen Mary 2, which is a large and beautiful ship - and hugely impressive if you’re near enough to see her ‘in the metal.’ Queen Mary 2 has 14 decks on which cruise passengers can relax and unwind. The ship deliberately harks back to the golden age of transatlantic liners, with over-the-top public areas that positively drip opulence. 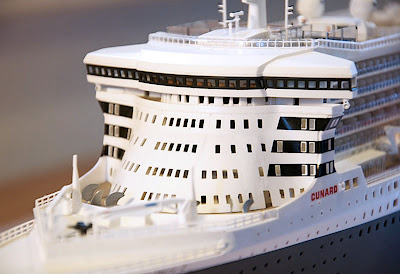 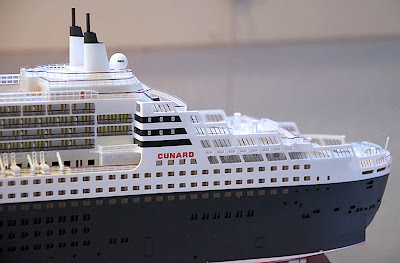 There’s much more - extravagant dining rooms, five swimming pools, a dance-the-night-away ballroom, a theatre, lounges, and (ideal for this writer) what Cunard claims as the only planetarium at sea. And if you need to take your pooch along, no probs - Fido can stay comfortably in the ship's kennels. The Queen Mary 2 offers seven-day luxury cruises between Europe and the US. The SMN considered response? “Yes please”, if someone feels like giving away a free trip! 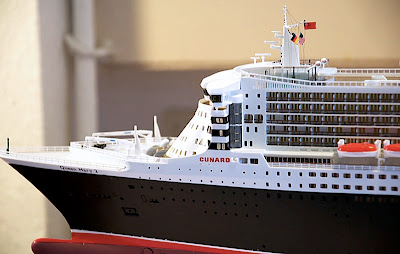 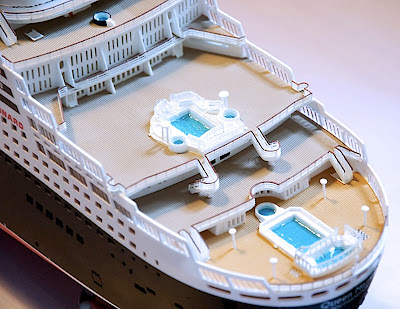 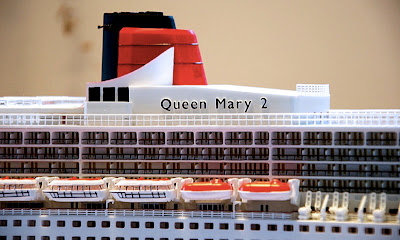 Other Queen Mary 2 kits include the currently unavailable Airfix version. For an account of the (difficult) build, visit Romsey Modellers here.

Visit the Queen Mary 2 and her myriad attractions at Cunard here.

And here's the real thing - isn't she a beauty?! 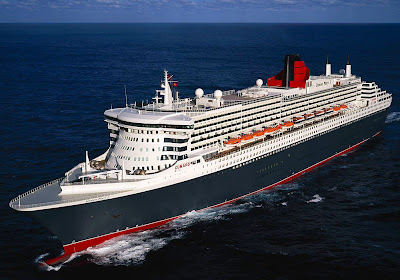 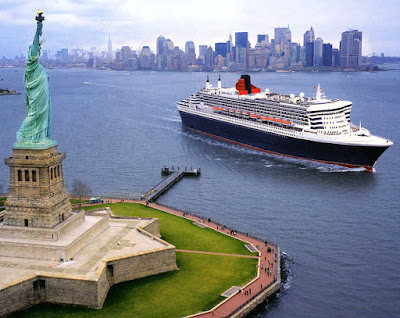