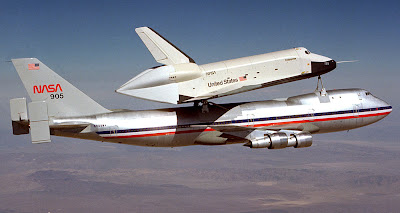 Mat Irvine weekend read:
In 2012 a new addition will join the famed USS Intrepid Museum Complex at Pier 86, New York City. The new display star will be the ALT (Approach and Landing Tests) Space Shuttle Orbiter Enterprise, (above) due to fly from Washington DC to JFK International Airport on the back of NASA’s Boeing 747 Shuttle Carrier Aircraft. 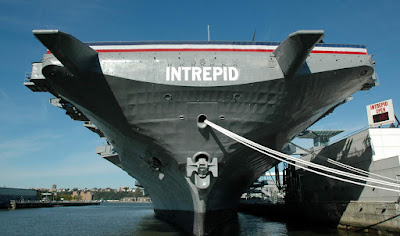 Summer move for the Shuttle
In summer 2012, Enterprise will be floated by barge along the Hudson River, then hoisted onto the flight deck of the USS Intrepid aircraft carrier (above), for public view under a protective cover. It’ll become a definite ‘must-visit’ target for aerospace fans. 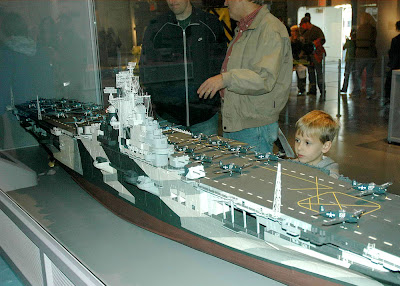 Models show the ship as she was in World War II (above), and after the angled flight deck was fitted (below). 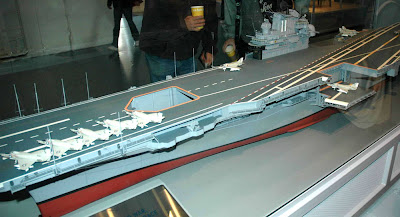 About the USS Intrepid
The USS Intrepid aircraft carrier was commissioned in 1943, then served in the Pacific Theatre, earning the dubious distinction of taking the most enemy hits in combat. In the 1950s the ship was upgraded with an angled flight deck, and in the 1960s Intrepid became a prime NASA ship for recovering Mercury and Gemini space capsules after splashdown. The pix (below) show a dummy Gemini capsule hoisted off the port side, and Mat Irvine trying out a mockup below decks. 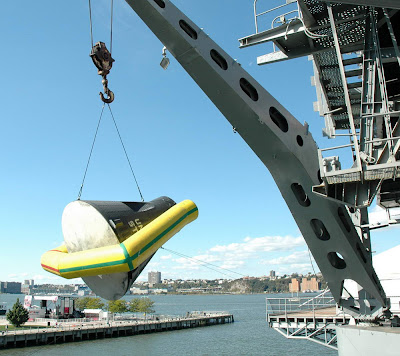 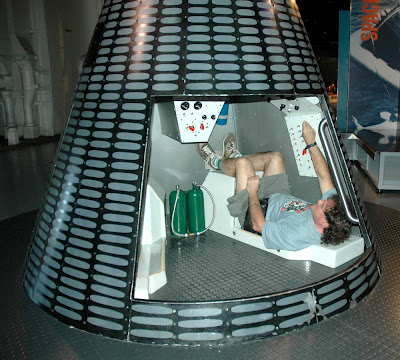 From fighting flat-top to Historic Landmark
The ship was laid up in 1974, but in the 1980s changed careers with a move to New York as a floating National Historic Landmark, the Intrepid Sea, Air & Space Museum Complex, based on the Hudson River. Also open to visitors is an ex-British Airways Concorde supersonic airliner, and the USS Growler submarine.

Carrier kits
There have been several kits of the USS Intrepid, though the Lindberg kit (above) that depicted her as a NASA recovery vessel is long out of production, more's the pity. Hasegawa has a 1:700 kit, while Trumpeter makes a 1:350 scale biggie.

Revell reissue
The kit shown here is the recent October 2011 Revell reissue. It is made to one of Revell’s smaller naval vessel scales, 1:720, and depicts the carrier soon after launching, so features the original straight-through flight deck, rather than the present angled type. 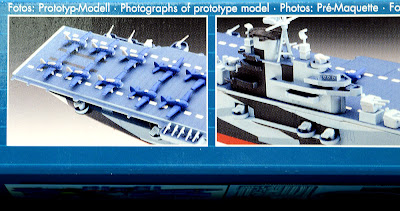 About the kit
The kit is moulded in light grey and consists of 110 parts, including a dozen aircraft. The decal sheet is very comprehensive, with tiny stars-and-bars markings for the F6F Hellcat fighters and TBM Avenger dive bombers on deck. When assembled, the Revell model measures 369 mm (14.5 in) long, and has good detailing, including a textured flight deck, full radar equipment and the many cannon and anti-aircraft guns used to defend the ship.

Museum-grade model please!
It’s interesting to speculate on an upgrade-kit, depicting the present-day USS Intrepid, as today’s flight deck has an intriguing mix of aircraft, including an A-12 Blackbird, Grumman Tracer, McDonnell Demon and MiG-17, just for starters. Come on Revell, let’s this one soon, and of course, please include a Space Shuttle Orbiter as well! 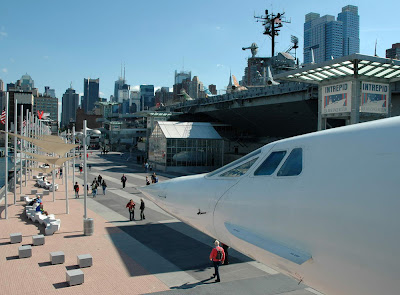 Concorde stands on the pier, next to the Intrepid. 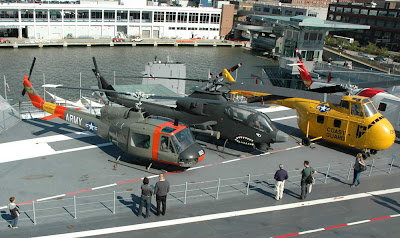 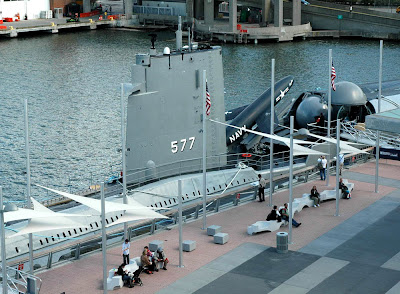 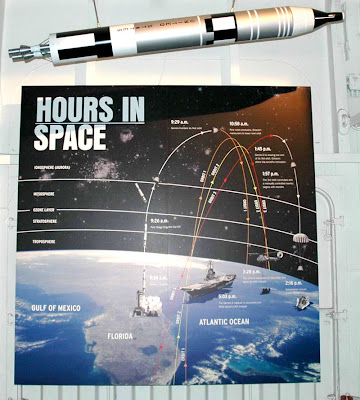