SMN update:
Fujimi of Japan has some fascinating stuff heading our way, including this 1:144 scale model of a ‘what-if’ design, Japan’s ‘ultimate’ World War II heavy bomber, the Nakajima G10N Fugaku (Mt Fuji) designed with the power and range to attack the US West Coast. It’s interesting that Fujimi should choose this relatively small scale, as there’s a similar-sized model out there already: the Anigrand Craftwork 111-component resin production.

Choice of propellers
But first let’s look at Fujimi’s upcoming offering. It’s more than a little unusual as kits go, as you get not one, but a set of four Fugaku bombers. The kit is an all-new tooling of the six-engine bomber, and the aircraft are not only pre-painted, but are also partly assembled, too. You have a choice of three-blade contra-rotating propellers or single six-bladed props.

Big bomber, even at 1:144 scale
There’s more - the bomb bay doors and engine cowling gills can be assembled opened or closed, and the Nagaku can be finished off with the landing gear up or down. When finished for display, the bomber will have a wingspan of 410 mm (16.1 in) and a fuselage length of 350 mm (13.8 in).

Wow, four bombers incoming!
Now whether you actually want four of these is open to question, but with a wingspan that size, just make sure you have the shelf space for a quartet of them, as Fujimi supplies a four-pack boxful. They come pre-painted in different finishes - silver, green, green-brown, and green-grey. We think (but are not sure at the time of writing) that you may be able to buy the aircraft singly, but will have to accept a random marking scheme as part of the deal. 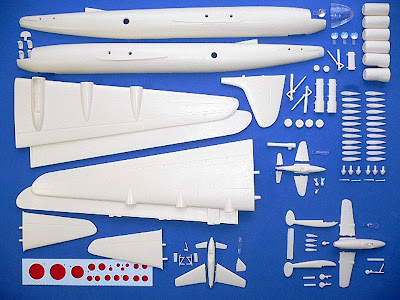 Anigrand resin option
Either way, a very interesting production that deserves to succeed. If you want something more challenging, then there’s the Anigrand resin version (above) to think about. This is fun actually, as Anigrand has the nice habit of including surprise ‘Easter eggs’ with their kits - and this one includes not only the Nakajima Fugaku, but also three ‘secret’ aircraft, representing other projects from the same war years. We’re not sure what they are - anybody with ideas?

Bomber background
Development work on the Nakajima G10N didn’t start until 1943, which was a major mistake, akin to the last-minute ultimate weapon developments undertaken by Nazi Germany. However, the US capture of Iwo Jima island in February 1944 directly caused the premature cancellation of the bomber. Instead, all possible Japanese manufacturing capacity was devoted to fighter production in a futile attempt to slow Allied air raids. An engine for the Fugaku bomber is on display in Japan, at the Narita Aerospace Museum. 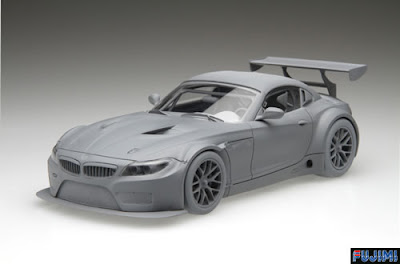 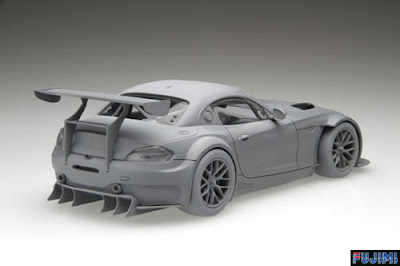 Other neat Fujimi stuff
Here are a couple of automotive items due shortly from Fujimi. The BMW Z4 sports car is a nice machine in real life, and doubtless the same in miniature from Fujimi. It's in GT3 Racing guise, to 1:24 scale. The test shot we show here reveals that Fujimi has carefully modelled the aerodynamic aids sported by the real thing as it roars around the track. Yum - can’t wait!

Rolls-Royce
Away from the performance arena, the 1950 Roll-Royce ceremonial car (note the Japanese royal family emblem) is to 1:43 scale and looks to be a useful collector’s item for anyone after unusual reproductions of this handsome old stager. 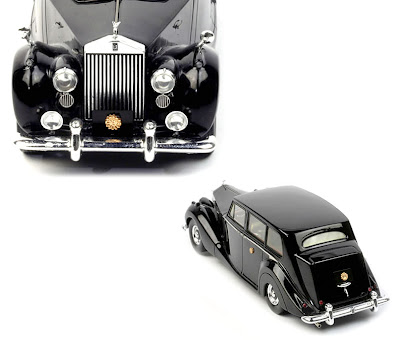 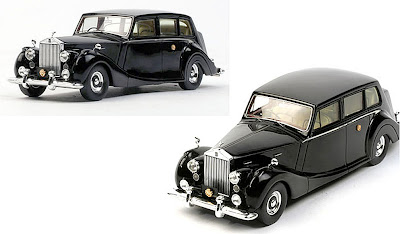