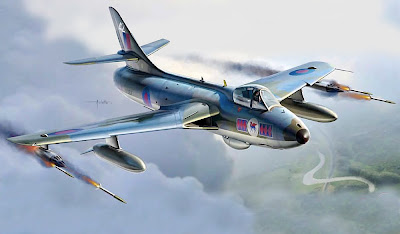 SMN report:
Despite the doom and gloom surrounding the Eurozone’s finances, the fact is that outfits like Italeri are still producing good stuff, and it looks like 2012 is shaping up to be a very interesting year for modelmakers. Here’s the latest batch of goodies from that sun-kissed land of pizza, pasta, luscious ladies, and (oh yes) model kits. 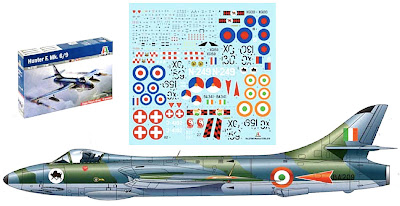 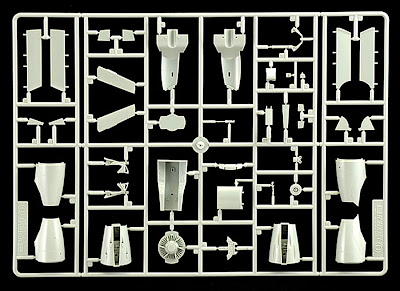 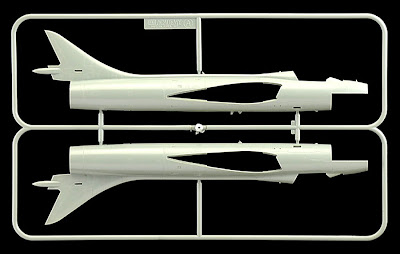 Hawker Hunter
The Hawker Hunter (main pic and above) was a major British success story in the early years of jet age combat. The shapely jet had a similar size and performance envelope as the US F-86 Sabre and Soviet MiG-15, was flown by the air arms of 19 countries, and nearly 2000 were produced. This Italeri release - marketed under licence from Academy - is to a much-needed 1:48 scale, a size that shows off the sleek lines of the original well, and scales out to a fuselage length of some 293 mm (11.5 in). 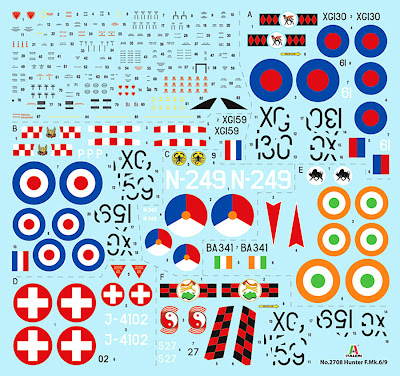 What singles the kit out are the excellent markings supplied. The kit comes as a ‘Super Decals Sheet’ edition, with accurately-printed markings for no less than six different aircraft, in two Hawker Hunter versions, the F Mk6 or F Mk9. 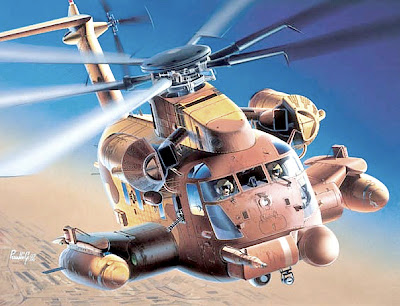 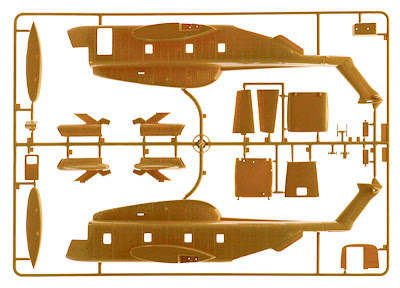 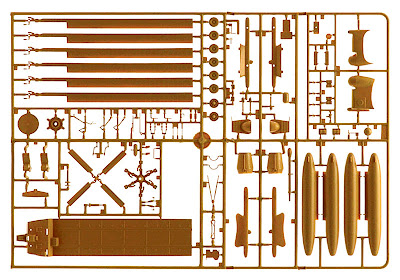 MH-53J Stallion
In real life, the Sikorsky MH-53J Stallion is a BIG helicopter. Even to this Italeri kit’s 1:72 scale, the model still scales out to some 284 mm (11.2 in) long. The original was designed as a US Special Forces machine, typically used to take commando units to and from targets deep in enemy-held territory, or for extracting downed aircrews in similar kill-zones. 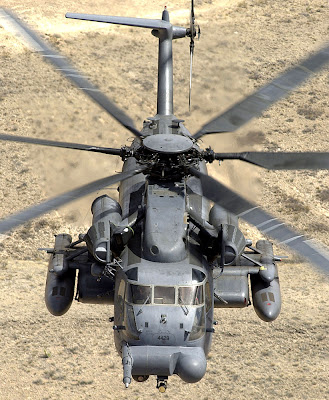 If you like helicopters, then you’ll love this kit of a supremely useful combat veteran. As for markings, you can go with the ones supplied, or there are many options available. Reference pix are easy to find too - this one shows an MH-53J on a combat exercise, and shows its burly lines off well. 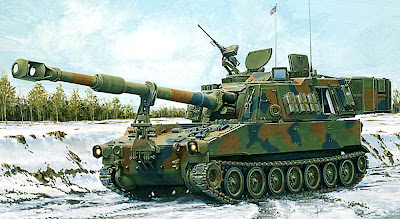 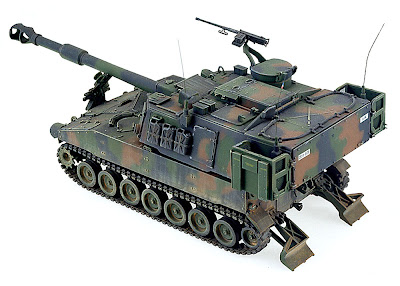 M109A6 Paladin
The M109 self-propelled artillery gun is one of the most widely used howitzers in the world, and the A6 Paladin (named after the mediaeval knights) is the latest type in service. The six crew handle up to 39 shells for the 155 mm (6 in) calibre gun, which is well reproduced in this kit - though it might be nice for a future edition to have a Dragon-style turned metal barrel - as are the various hatches, accessories, and running gear. Decals for two machines are included, and when assembled, the 1:35 scale Italeri M109A6 is 201 mm (7.91 in) long. 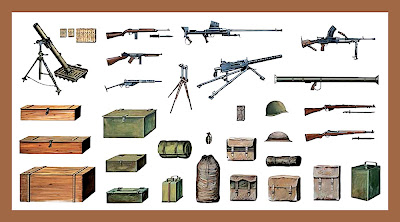 Combat accessories
Useful for anyone into AFVs and military modelmaking, this 1:35 scale set contains more than 90 separate items of equipment, ranging from a single mortar to a dozen individual hand grenades. A boxful of useful stuff indeed - simple in concept and nicely moulded. 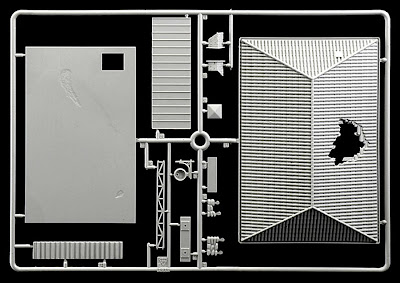 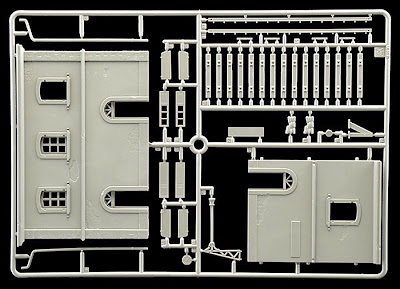 Rail station
This is a 1:72 scale building, particularly suitable for aircraft modellers, though it wouldn’t look too wrong in an HO (1:87 scale) layout. It’s conceived as a bomb-damaged diorama piece, hence the hole in the roof, though you could treat that as simple delapidation if a civilian role is more to your taste. When assembled, the station should make a fair rendering of a typical piece of European period architecture. Note that the base shown in the top picture is not included. 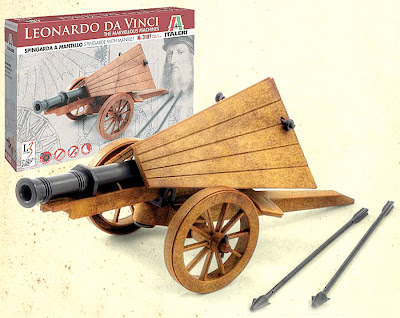 Leonard da Vinci
Lastly, there’s yet another in the seemingly endless line of Leonardo da Vinci designs in kit form. This one is the ‘Spingarda a Mantello’, a mobile cannon with protective cover to you and me. This was a wheeled field cannon to which Leonardo incorporated a built-in shield as useful combat protection for the gunnery crew. 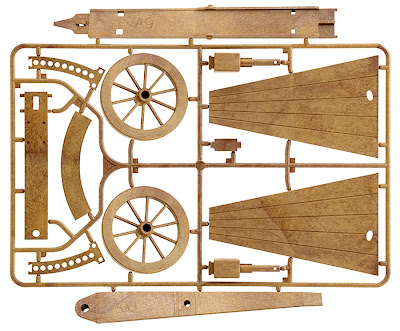 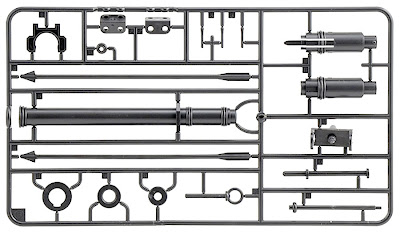 The Spingarda could fire anything from stones, buckshot and cannonballs, to the armour-piercing arrows or flechettes supplied with the kit. When assembled, the Spingarda measures 280 mm (11 in), which makes the scale around the 1:12 mark.

Lastly, we couldn't resist this night-vision shot of a pair of heavy-metal MH-53J lifting off - IWOOT! 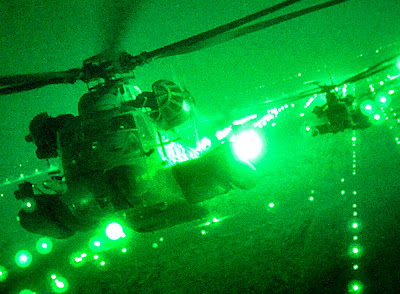