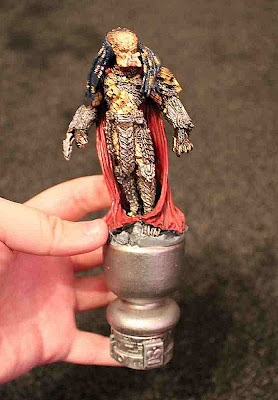 SMN report:
There’s no doubt that big movie franchises really get people’s interest in a major way. Alien and Predator represent two of the biggest in the science-fiction genre, so it’s interesting to see an individual miniature concept that is not destined for the mass-market toy, kit, or collectible markets. 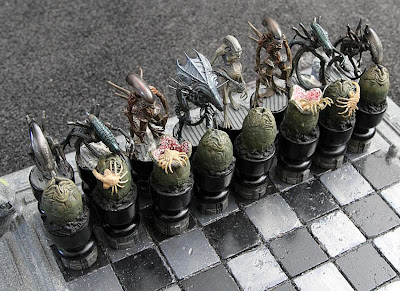 Lover of cool
And here we have the UK-based artist-hobbyist Francis Gray, who is a fan of interesting characters from movies, television, games, comics and more. Francis is also an art lover, of anything from traditional drawing and sketches, to oil paintings and digital photography - in his words: “basically anything cool.” 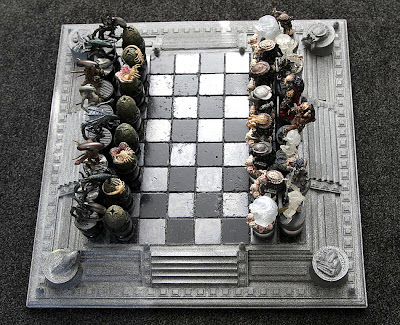 Stone-look chessboard
Here, Francis has brought together his skills in painting and sculpting with this truly excellent Aliens vs. Predators chess set. As you can see from the pix, the figures are realistically produced, and painted beautifully. But what sets this Aliens vs. Predators chess item apart from lookalikes for the SMN Crew is the excellent fantasy-style board and base, seemingly hewn from solid rock. 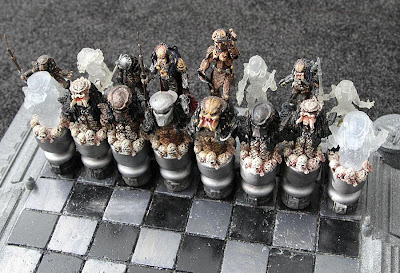 Mass production a possibility?
Francis has taken his interest in figure kit painting and scratch-building props to add star quality to this set. We’d say: “Put them into production” but reckon the marketing suits at the movie studios would probably hoover up a big-bucks deposit and take a mega-size royalty bite (or both!) if Francis went down that route. Mind you, this gloomy prognosis might not be the case, so a discreet enquiry could yield results. 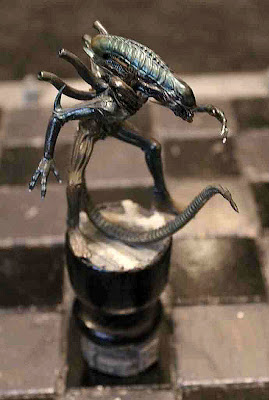 Aliens for sale
Francis Gray sometimes sells his drawing to collectors, so if you like the look of this one-off chess set then you could contact him direct. 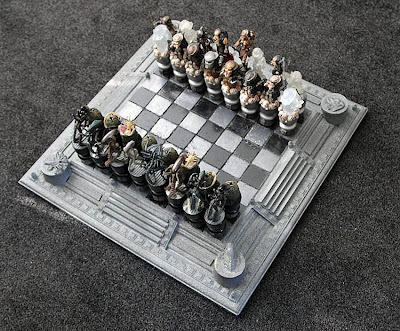 Aliens movie released in 2012
Last but not least, there’s a new Aliens movie coming out in 2012. Here’s a YouTube trailer of this sci-fi flick, called Prometheus. This short clip makes it look rather good - let’s hope it turns out to be a rip-snorter of a new sci-fi classic.

Alien warriors here and Predators on the prowl here. 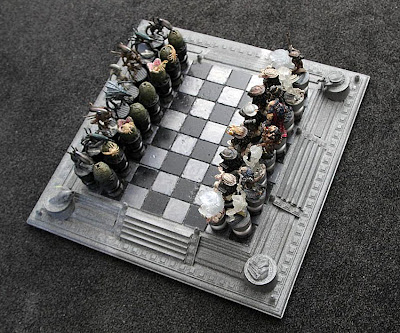