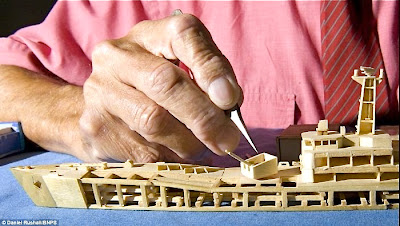 SMN report:
Modelmaker Phil Warren from the UK has spent some 62 years building an incredible fleet of 1:300 scale waterline model ships. So far, there are 432 vessels in in Phil’s Navy, and there’s not a kit-built example among them - for he makes his ships entirely of wooden matchsticks and their boxes. Most navies are represented in the collection - those of Italy, Russia, Spain, the US - they are all there, plus many others, and of course ships of the British Royal Navy figure very strongly. 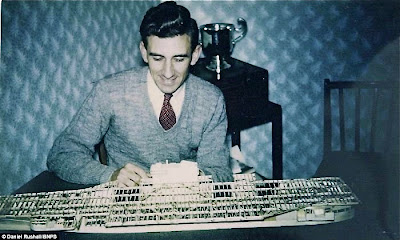 Phil Warren then and now, with a few of the fleet. Boats and beyond
Now nearly 80 years old, Phil started model boatbuilding way back in 1948, when he was just 17, and has maintained a steady building rate, to average a ‘maiden launch’ roughly every six weeks or so. But that’s just the ships - many of them require extra build-time in the form of necessary accessories. Whether aircraft on a carrier’s deck count as ‘accessories’ we’re not sure, but the fact is that Phil has built around 1200 individual aircraft to populate model carrier decks, mostly with a wingspan of just 55 mm (2 in) or less. 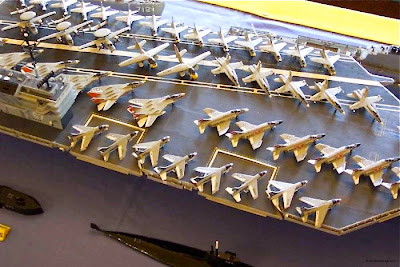 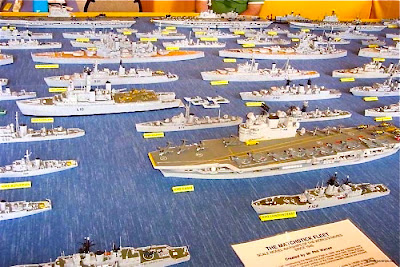 Mega matchstick total
Phil estimates that a grand total of some 650,000 matchsticks has gone into the construction of this vast mini-navy - and the SMN calculator reckons that means those matches came out of 13,000-plus boxes. Phew! 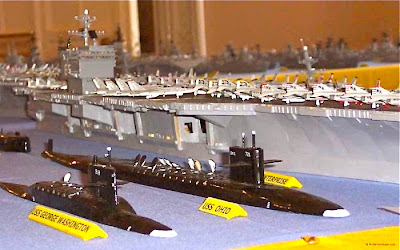 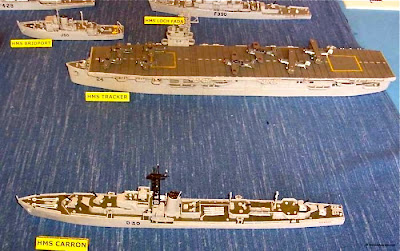 Construction tools
Building his tabletop navy from all those matches and boxes may have occupied Phil for more than six decades, but the tools have not changed much in that time. His primary tools to carve, shape, and refine the various components of each ship are still a razor blade, a pair of tweezers, and sandpaper. Once the individual parts of a ship are constructed, Phil carries out final assembly using balsa wood cement. 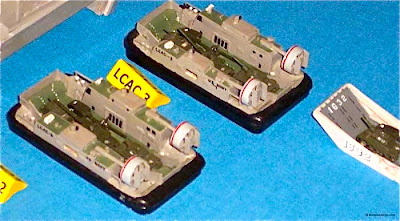 Thanks from SMN to Martin Postranecky and Model Warships for the heads-up on this story.

Lots of naval ship kits to look at here. 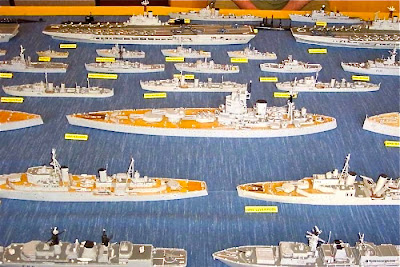 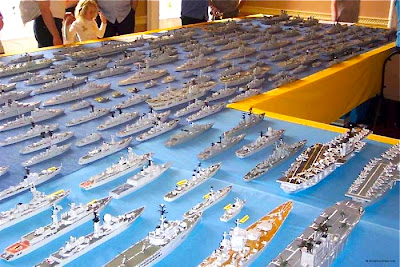 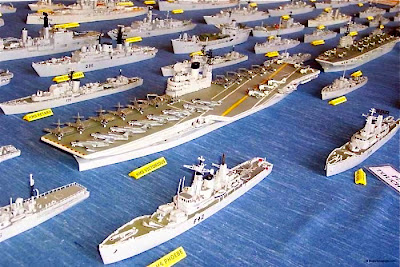 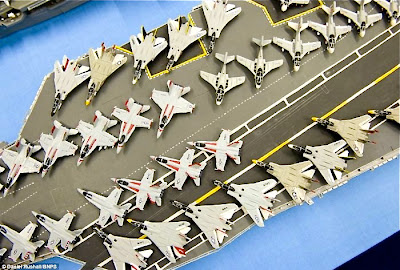 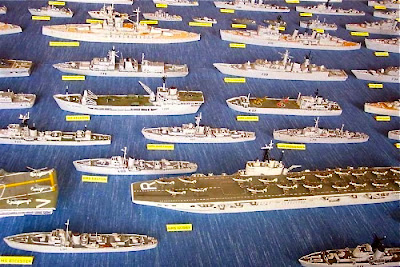 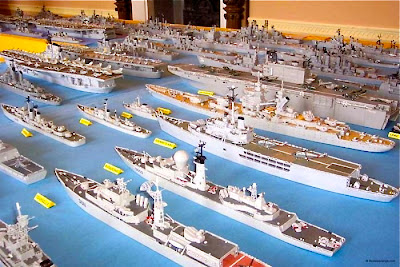 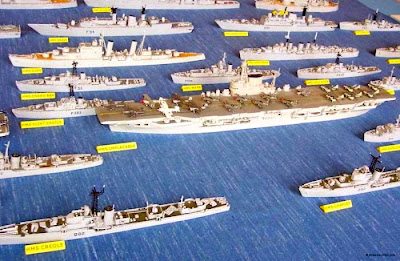 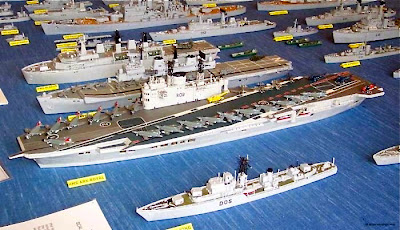 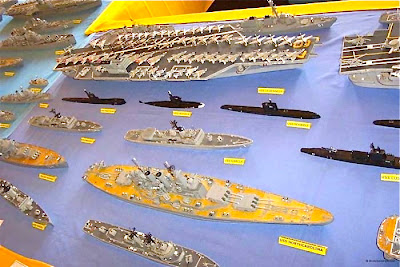 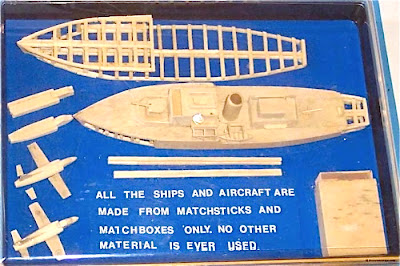 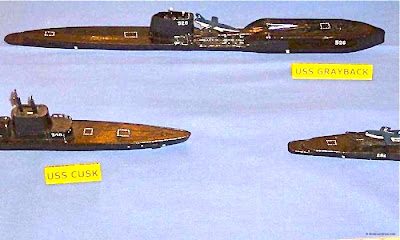 ...last but not least, the admiral of the fleet surveys his work. 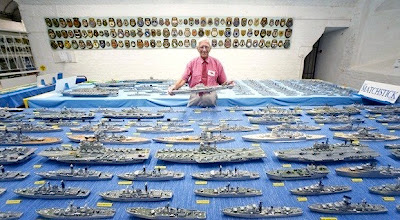