FAMOUS BUILDINGS OF THE WORLD IN MINIATURE 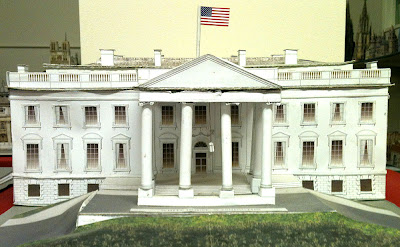 SMN report:
Earlier this week, we looked at matchstick-modeller Phil Warren's tabletop navy, and now we've been impressed by another modelmaker's dedication to duty. This time it's the work of Brian Bartlett, who has amassed a vast collection of card buildings, ranging from a miniature White House (above) to St Basil's Cathedral in Moscow. 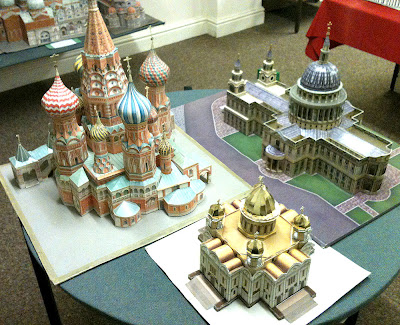 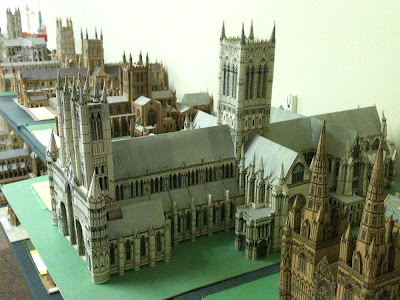 Building a collection over the years
Brian started in 1988, with a model of Canterbury Cathedral, and through the following 17 years built the collection to more than 200 famous, and some not so famous, buildings of the world. Now 79, Brian is still making models, so the collection has room to grow yet. 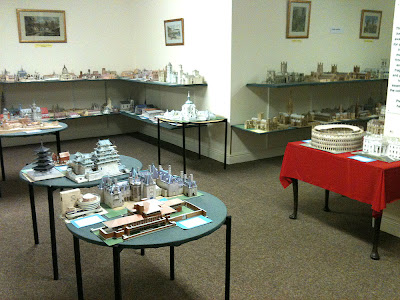 Prinknash Abbey connection
Like most modelmakers, Brian's biggest problem soon became the question of: "Where on Earth can I store them all?!" The answer came in the form of a large suite of basement rooms, set in the grounds of Prinknash Abbey, near Cheltenham, UK. The monks of Prinknash (pronounced: "Prin-ish") are known for their pewter ware, a modern version of medieval pottery, but as Brian's collection features so many churches and cathedrals, his collection sits very comfortably within the calm, religious atmosphere of this handsome part of rural Gloucestershire. 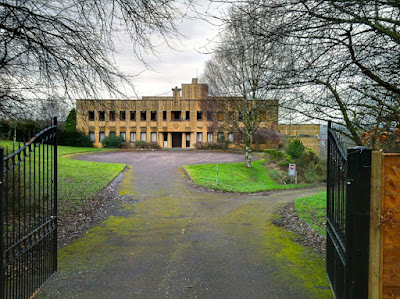 A life dedicated to prayer and craft
The monks of Prinknash are more than worth a mention, as they have long had highly-rated craft connections. Apart from the pottery, they make stained glass, organs, incense, and for market gardening. Mind you, the Abbey building (above) won't win any prizes for elegance, so it's just as well that other areas of the monks' work are more rewarding visually. 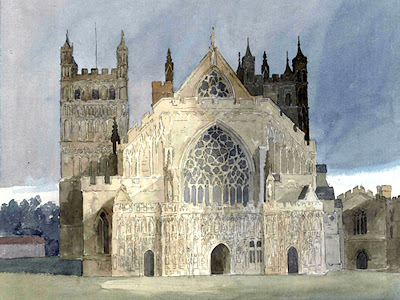 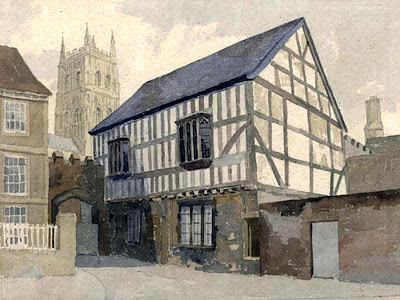 A talented painter
These other visual areas include Father Stephen Horton's handsome artworks. He takes commissions for his excellent watercolour paintings (above). It's fair to say that the life of a monk doesn't have much appeal for the SMN Crew, but it's good to know that the community at Prinknash is so dedicated and productive. And polite too - the teashop ladies were friendly and helpful when it came to ushering us down to Brian's subterranean treasure-trove. 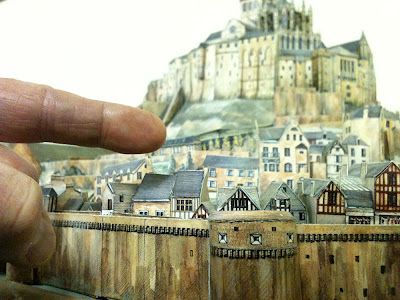 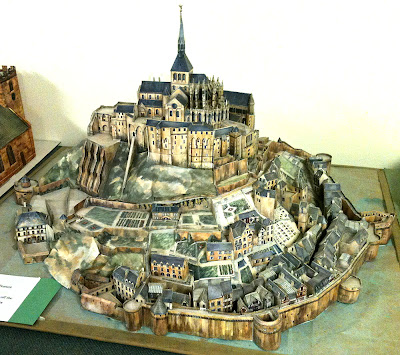 Card model kits
Back to the models. They are built from commercial card kits, from three main sources. In the UK, Papercrafts of London and Marcle Models of Amersham. Holstentor Buchhandlung of Lubeck, Germany are another supplier. Of these, the only one we found with a current website is Marcle Models, and it's well worth a visit if you're into card kits. Marcle's architectural offerings are wide-ranging - for example, if you have a thing for 1:350 scale nuclear power stations, you'll find one - but many other subject areas are covered too.

Marcle can also supply reprints of the long out-of-production Micromodels range (above). These delightful kits were widely available in the 1940s and 1950s, so it's good to see them still around, even if in reprint form, rather than original production.

More buildings to view
And here's a set of pix we took during our trip to Prinknash Abbey. Starting with Barcelona's Sagrada Familia, there are plenty of famous faces, and some that you might have to hunt down in Wikipedia. 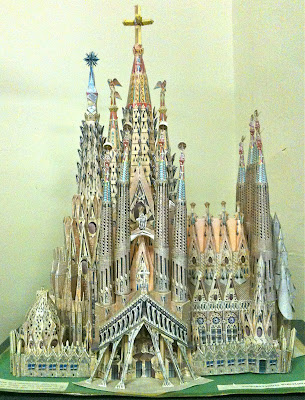 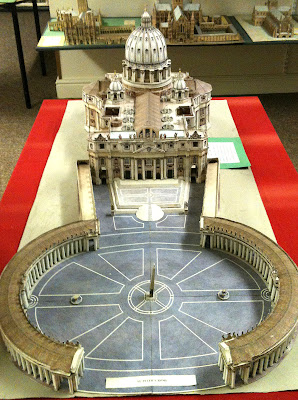 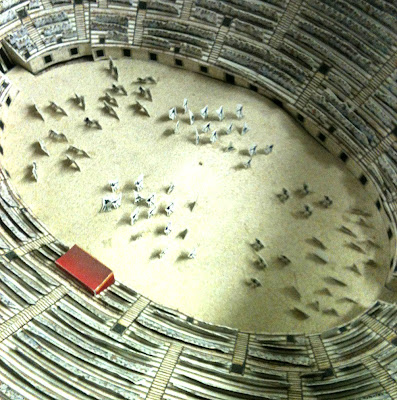 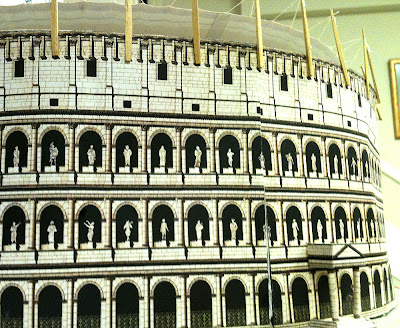 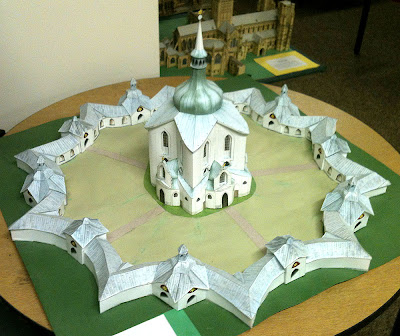 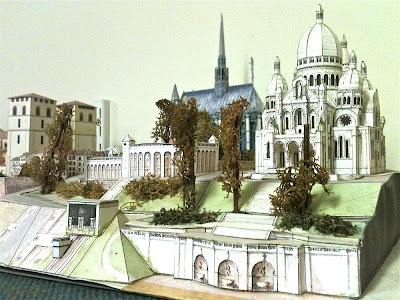 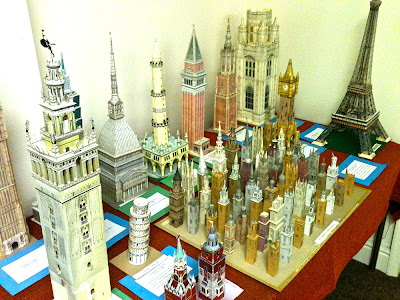 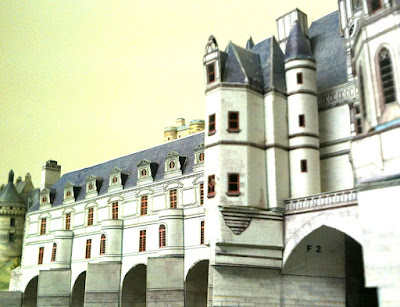 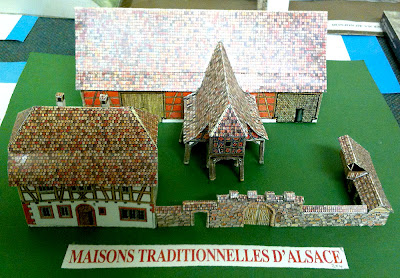 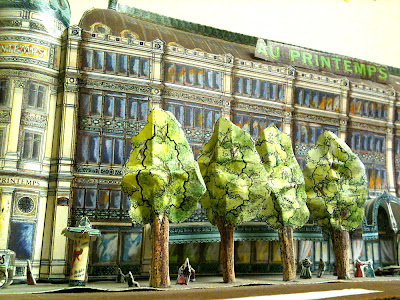 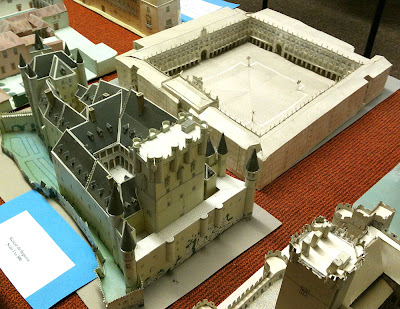 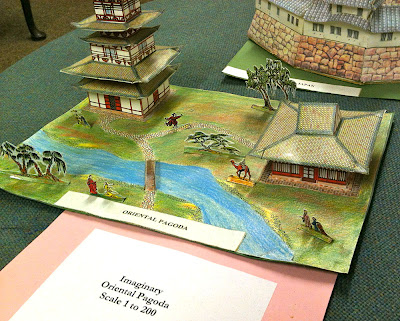 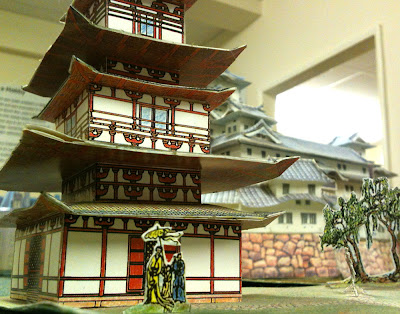 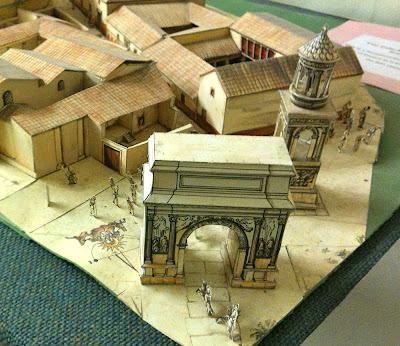 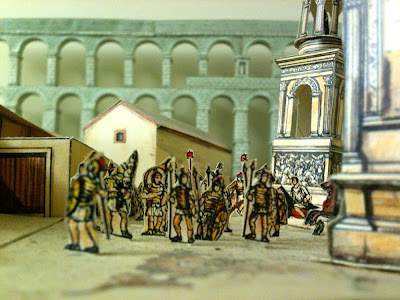 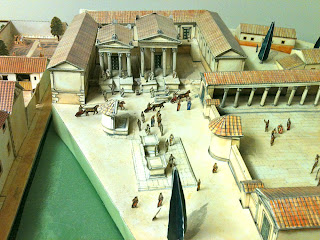