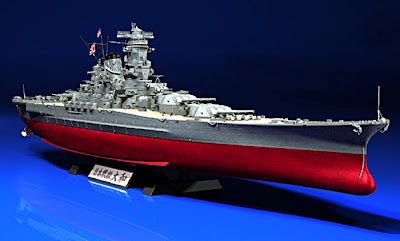 SMN report:
Announced a few weeks ago, and now freely available, the mighty battleship Yamato from Tamiya is released in 1:350 scale. According to Tamiya, this is an all-new tooling of the ship, not a rehash of the previous Tamiya 1:350 scale kit.

Big battleship
From press pictures we have seen, it looks like Tamiya has really done the biz on this new Yamato, once the biggest battleship afloat and for a few years the pride of the Japanese Navy. It’s a mighty ship where models are concerned too, with an assembled hull fully 752 mm (29.6 in) long. 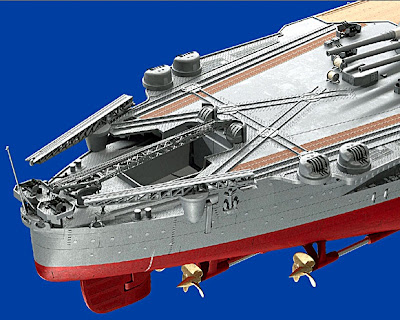 Waterline or display model?
The Tamiya 1:350 scale Yamato can be built as a waterline model, suitable for dioramas, or for display on a stand with the full hull visible. A neat feature, and one that is unique so far as we know, is that the big guns have turrets that extend below decks, just as they did on the real thing. This was so that shells could be loaded vertically from the ship’s magazine, based deep in the hull for maximum protection from enemy attack. 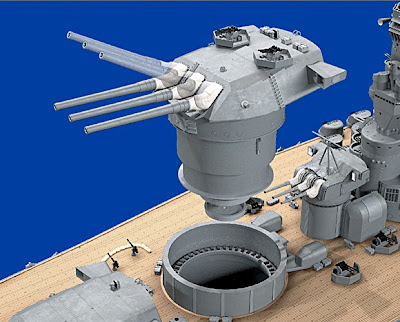 Superdetail components
Tamiya has also included mixed-media components with this kit. There are two sheets of photo-etch superdetail parts for cranes, ladders, radars, and other small items. So far as the finished ship is concerned, Tamiya has chosen to feature the Yamato as it appeared during its last voyage, when it steamed on a one-way mission to defend Okinawa Island from Allied attack. 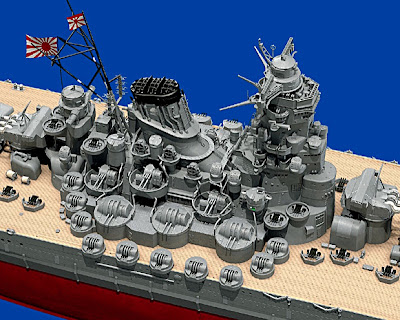 Parts from the Czech Republic
Of course, while this Tamiya kit may be the best Yamato yet, it’s always possible to better the best where kits are concerned. For that, your first stop could be the Czech company Eduard, which already markets various photo-etch superdetail sets. 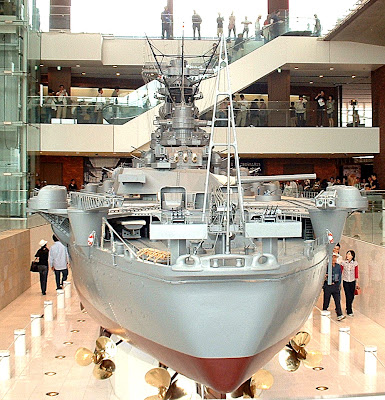 Mighty model on display in Japan
Talking of big models, this is probably the biggest we’re ever likely to see, at least of the Yamato. The mega-model is to 1:10 scale and on show at the Yamato Museum in Japan. The link to this is listed below, and it’s well worth a visit. Thanks to photographer ‘Carpkazu’ for the picture. 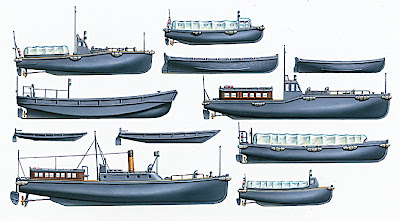 Utility boat set
A useful extra you might think about is the Tamiya 1:350 scale utility boat set. This models 11 types of small boat, typically carried aboard Japanese vessels, or used to supply and support them. Some are duplicated, to provide a total of 28 items in the box.

Yamato is also available from our friends at Hobby Link Japan here.