SWAP F-35 FOR RAFALE OR TYPHOON? 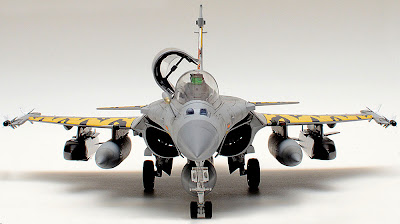 SMN report:
News last week of continuing delays on the Lockheed Martin F-35 aircaft meant that at least one defence planner was losing sleep. UK Admiral Sir Trevor Soar was reported - inaccurately, apparently - by The Times of London, as thinking about the French Dassault Rafale (Revell kit above) and US Boeing F-18 Hornet as backup aircraft in case of further delays.


Typhoon-N alternative
Other defence specialists reckon the Eurofighter Typhoon-N is worth looking at closely. And who are we to argue with that? SMN reported on Typhoon-N proposals some time ago, and we still reckon it makes a good alternative, not least because the twin-engine jet would need only a ski-jump for takeoff, not a full-house (and expensive) electromagnetic catapult system. The link to that piece is listed below. 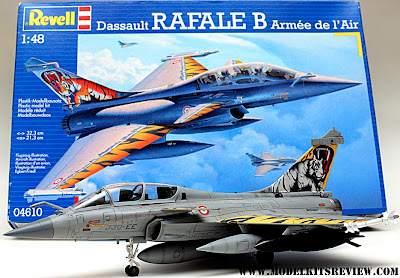 Rafale in miniature
And what about models? The Rafale is a handsome looking machine that hasn’t has too many kits made of it, though the 1:48 scale Revell offering is pretty good. For a detailed look, we went to the website Model Kits Review (MKR), which says this of the Rafale B component breakdown: “...it is presented in seven sprues, six of them in light gray and one clear. Revell included a little piece of double-sided tape to protect the molded-in antenna from snapping off during shipping. The instruction manual has 72 steps on 16 pages and starting with the assembly of the ejection seats on step one and finishing with the marking options on step 72.” 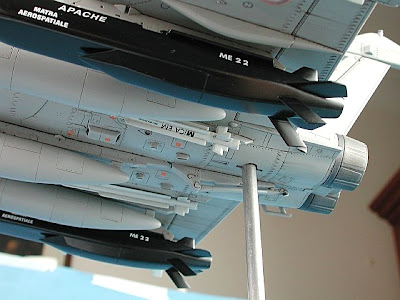 Excellent details
There’s more, on the quality of production: “The details are exquisite.” That's kudos from Model Kits Review, and it ought to make Revell pleased. The kit comes with ordnance (above) that includes six GBU-12 bombs, six drop tanks in two sizes, one pair each of Magic and Mica missiles, plus two much larger Apache cruise missiles. 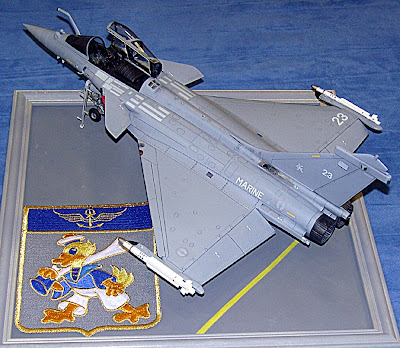 Decals a letdown
However highly the actual kit scores, the decals are not so great, and that’s also pointed out by MKR and Gary Wickham of the Aircraft Resource Center (ARC). So here’s a note to Revell - consider employing an specialist decal manufacturer such as Cartograf for the next production run.