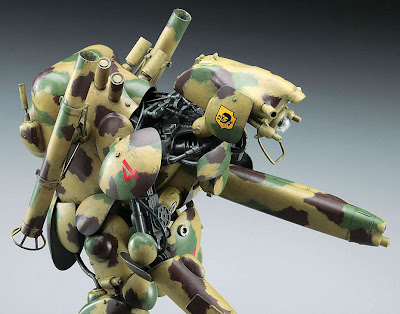 SMN update:
We reported on the upcoming ‘Grosser Hund’ Maschinen Krieger (Ma.K) sci-fi kit in October 2011, and now it’s here - big, bold and nasty, but apparently without a set of gnashing metal fangs. The Grosser Hund (‘Big Dog’) is the latest 1:20 scale kit from Hasegawa, featuring the science-fiction universe first created in the 1980s by the Japanese artist, Kow Yokoyama. 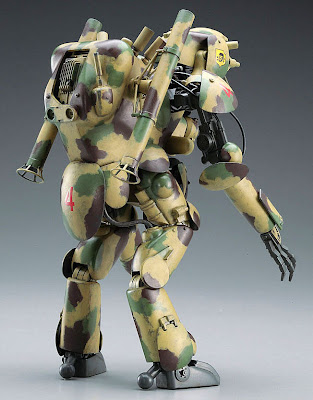 Moving parts
This latest Ma.K model is a new-tool miniature, dubbed in full the 'Humanoid Unmanned Interceptor Grosser Hund.' The 1:20 scale robotic beast, a combat machine belonging to Ma.K’s ‘Strahl Demokratische Republik’, has 196 components. Many of these are moveable, using press-on poly-caps at the joints of the limbs and head. 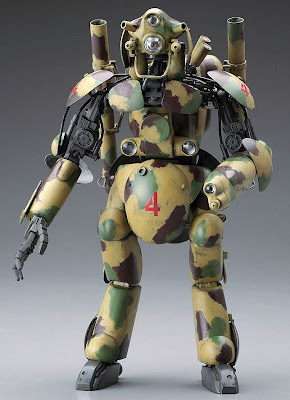 Two legs or four?
The Grosser Hund is at least as good as previous Ma.K kits from Hasegawa. The components are crisply moulded, with a claw-like front ‘paw’ beautifully crafted. The backpack comes complete with assorted equipment, including tube launchers and heat-dissipating exhaust fins. Transparent components are included for the various sensor heads set in the head, torso and left frontal limb. Note that while this model is named Big Dog, if built as supplied, it’ll be standing erect as a biped and the front left leg has a sensor, rather than a paw at its end. But there’s no reason why you couldn’t kitbash another paw if you wish to portray Grosser Hund in four-footed mode. 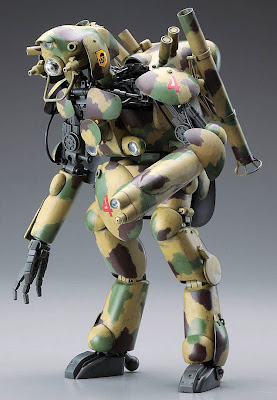 Custom colours
Decals are supplied for several different robobeasts, and as shown in our Hasegawa-supplied pix, Grosser Hund comes in a nifty camo paint job. However, there’s nothing to stop you going ahead with custom finishes of your own choosing - perhaps a stealth black for night-ops, or sand-and-tan for desert combat. The same is true for the weapons-fit, not forgetting that this is after all a fictional creation - so the universe is your oyster unless you stick closely to the Ma.K future-history ‘Year 2800’ timeline. 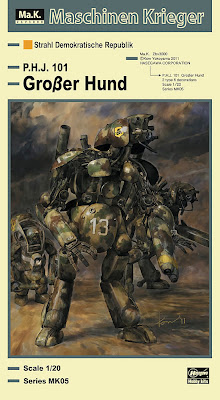 Summation
However you choose to build your Grosser Hund, completing one straight from the box is a fine option, as you can see here.  All in all, it’s a brilliant piece of kit-engineering that, with careful painting, will look good in the lineup of any sci-fi collection. We’d like to see a diorama of a Big Dog combat pair, maybe restrained on suitably tech-look leashes by their hunt-boss, which of course has to be one of the other Ma.K kits, perhaps one of the excellent fighting suits available.