SMN report:
Boy, there are some enviable kit-producing talents out there, and they are not just working with the mainstream companies, either. US modelmaker and web designer Michael Fichtenmayer is among those talents, and his FichtenFoo and Industria Mechanika websites bring us all manner of science-fiction delights, including this limited-edition model kit of Ralph McQue’s Remora, a sort of anti-gravity floating cargo ship. Orders are being taken now for this very limited release. 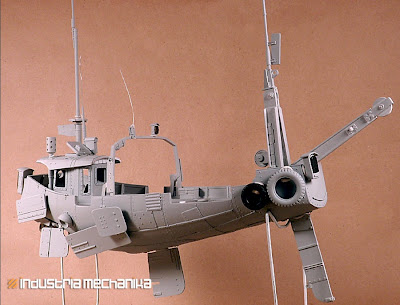 Cool designs
A top priority with Industria Mechanika (IM) models is to: “Produce and promote really cool original model designs.” So no Star Wars and Star Trek knockoffs from IM, and in our view, that’s a very good thing indeed. In IM-speak: “Everything seen here is original designs by their original creators. We help modelers turn what might have been a one-off project into original products that everyone can enjoy.” 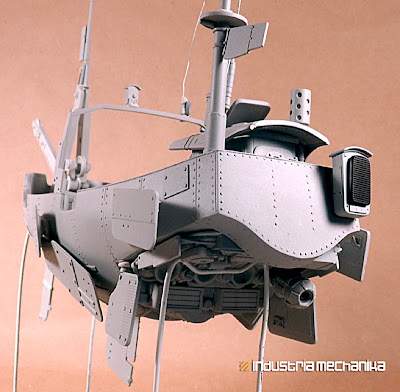 Promoting originality
Industria Mechanika’s aims are clear: “We take original masters, produce them into top-notch resin kit releases, design print materials, pack, sell and ship worldwide. The artists get a share of the profits and recognition for their works and everyone can get something uniquely cool to build.” 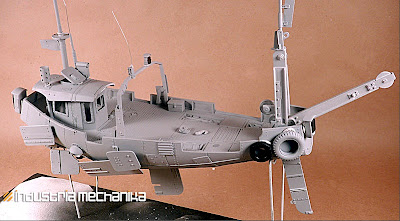 Steampunk Remora
Ian McQue’s Remora is a bullseye shot for any sci-fi model fan who is into the neo-Victorian brand of science-fiction called Steampunk. The ‘parallel universe’ backstory around this kit tells the tale: “ Remora was built in ’73 by J.Dowling & Sons, out of Wearland. An Imp-Class light rigger, it served for 19 years at Crabden Port in Thamesmouth as a cargo loader for the East Island Trading Company. After being sold for scrap, it was purchased and refitted by MacNeil Haulage and put to work as an island hopper, under the command of Captain Jerome Bale, making short-haul provision runs for the mining communities of the Jayamena island cluster. It has a net tonnage of 16 and a lift tonnage of 38. It is powered by a single-turbine Hütter-Schneider Mk.V gravity engine and has a top speed, free-floating, of 27 knots.” To which the SMN crew can add just one word: “Wow!” 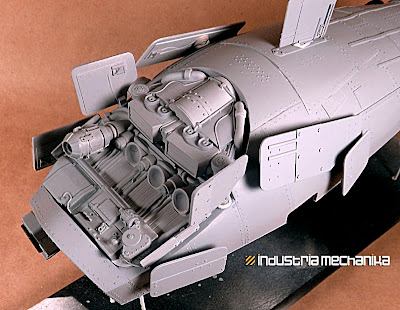 Scale matches military model kits
The Remora is to military-standard 1:35 scale, making it ideal for dioramas, or for including in scenes with other sci-fi models such as those from the Maschinen Krieger (Ma.K ) stuff we like so much. The Remora kit has 62 resin components, six of them moulded as transparencies. 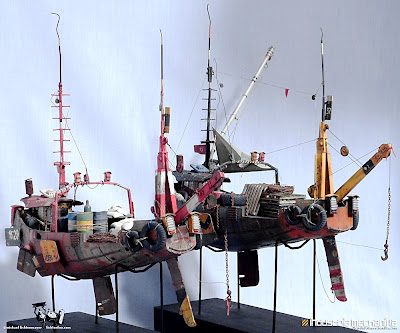 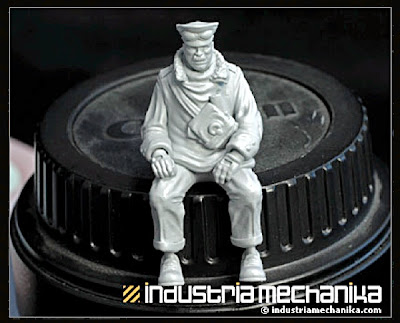 In charge of the ship
There’s a seated figure of the ship’s Captain, with a scurvy crew due for sale separately soon. Fine detail and markings are taken care of with a photo-etch fret and waterslide decals. The Remora is a multi-material kit, with various parts supplied in metal rod, rigging string, and coated wire form. Industria Mechanika has also supplied full-colour instruction details. This second-edition Remora kit is limited to just 45 for public sale, so order online now if you like the idea of an anti-gravity airboat in your life. 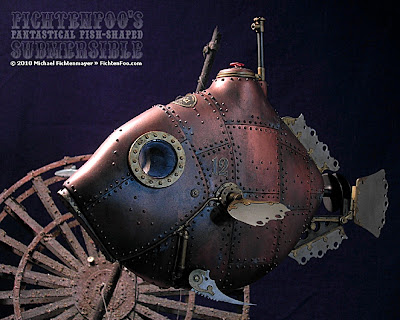 There’s more...
Further editions of the Remora will follow when this run is finished, but there are more delights when you go along to Industria Mechanika. They include the tasty ‘FichtenFoo’s Fantastical Fish-shaped Submersible’ (F4S2), a nice design which echoes something of the flavour of Gerry Anderson’s 1960s TV series ‘Stingray’. And of course, the F4S2 makes a cool undersea match for those Disney-inspired Jules Verne Nautilus submarines out there. 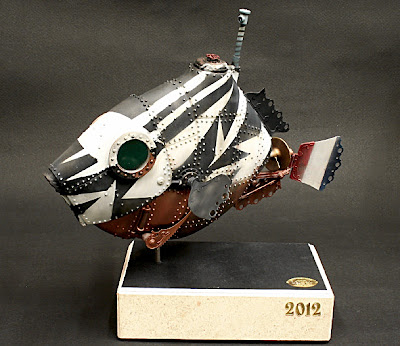 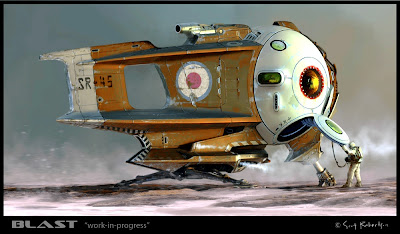 ...and more
Keep watch for the upcoming Orbship, an original design by the super-talented Scott Robertson. As planned, it’ll likely be a 1:48 scale kit, which opens up all sorts of hugely interesting possibilities. And if you’ve got a great idea for a model design, whether that’s a figure, a robot, vehicle or spacecraft, if it’s considered to be something that people will want to build, then Industria Mechanika can work to get your original design into production and on sale to sci-fi modelmakers around the world. How cool is that?! 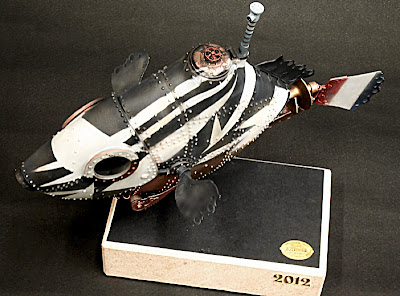 Another view of the F4S2 (above), with a four-view of the Captain, and also some special-issue plant life (below). 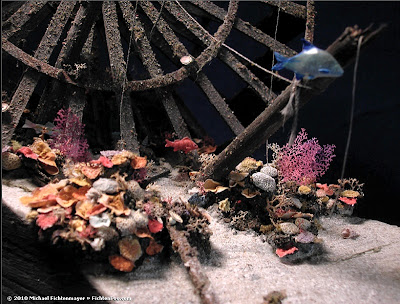