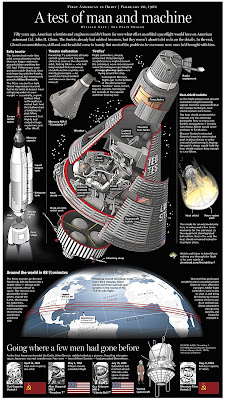 SMN spacenote:
Mat irvine’s article on Dragon’s Mercury-Redstone reminded us that today is the 50th anniversary of John Glenn’s orbital spaceflight. Glenn became the fifth human in space, the third American in space, and the first US astronaut to orbit the Earth. 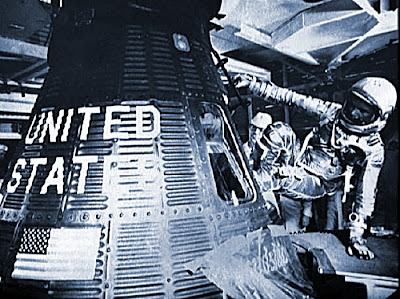 Orbital mission
John Glenn flew aboard the Mercury capsule Friendship 7 on February 20, 1962, on the Mercury-Atlas MA6 mission, during which he circled the Earth three times in a flight lasting 4 hours, 55 minutes, and 23 seconds. The pic above shows him climbing into the one-man spacecraft.

Salute from Down Under
Australians saluted Glenn during the flight, when the city of Perth became the ‘City of Light’, residents switching on all their house and street lights as the astronaut passed high overhead. It was a tribute that Perth repeated when Glenn flew in the Space Shuttle in 1998. On that mission he was aged 77, and still holds the record as oldest man in space. Good for you John Glenn, and NASA for making it possible. 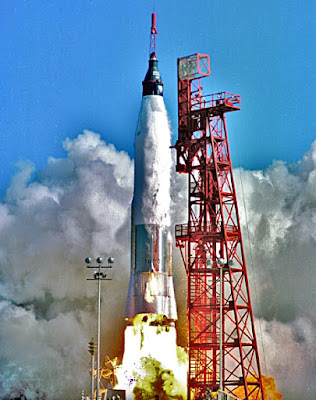 Danger in space
During the flight (liftoff shown above) there was concern that the capsule’s heat shield had worked loose, with the danger of the whole spacecraft burning up during re-entry. So after the de-orbit burn, Glenn kept the retro-rocket pack in place to hold the shield tightly. In fact, re-entry was nominal and he splashed down safely; later analysis proved that the warning had been a false alarm. Even so...

Ticker tape parade
After the flight, John Glenn rightly became a national hero, receiving a ticker-tape parade through the streets of New York City. So, Dragon - we’re ready and waiting for a kit of the man and his ride...

Thanks to Cleveland.com for the infographic.