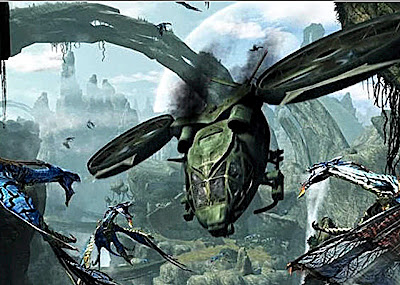 SMN Report:
The team at Fantastic Plastic (FP) are really in the groove with the ever-increasing range of science fact and fiction kits, choices ranging from NASA aerospace projects to giant starships from science-fiction movies. And the latter is where this latest FP kit comes from - it’s a fictional twin-rotor helicopter that featured in the 2009 box-office smash Avatar from ace director James Cameron, of Titanic fame. 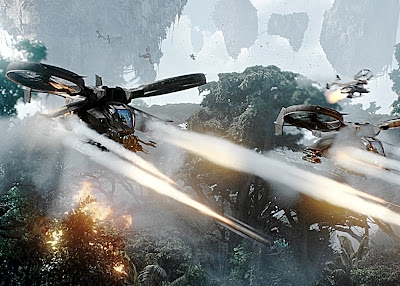 Flying workhorse helicopter
As conceived for Avatar, the Aerospatiale SA-2 Samson a multi-function ducted-fan aircraft that by the movie’s notional 22nd century timeline, has been in service for decades, in similar fashion to the Chinooks and Pumas of today. Not to be confused, of course, with the similar but combat-only Scorpion gunship. A multi-role ‘flying workhorse’, the Samson’s mission profile is wide and varied, ranging from support ops as a cargo and personnel carrier, to full-on combat duties. In the latter role, the twin-rotor Samson can carry a range of weapons that include door-mounted guns and rocket pods. 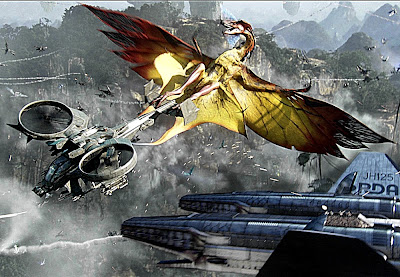 Exposed to the air
Despite the poison atmosphere of the giant moon Pandora, Samsons are usually flown Earth-style, with rear doors open to the alien world’s elements. The nose section includes a pressurized flight deck which allows the crew to breathe an Earth-normal onboard air supply. 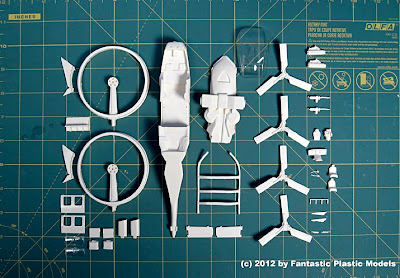 What’s in the kit?
First thing to note is that the Fantastic Plastic SA-2 Samson is produced to 1:72 scale, just right for mixing on the display shelf with present-day flight machinery for comparison purposes. As usual with FP it’s a resin kit, which makes assembly a little more of a specialist operation than building an injection kit. No matter - it’s not difficult to make, and with just 41 parts, it shouldn’t take too long to put together. The canopy and door windows are transparent, so putting extra work towards a well-finished interior will pay dividends. The kit was patterned by Alfred Wong, cast by Millennium Models International (MMI), and the decal set was supplied by the excellent JBOT of Canada.

Summation
If you’re into science-fiction, then this is a fascinating kit to have. It’s perhaps a pity that other, bigger, craft from Avatar has been produced to much smaller scales by Fantastic Plastic. We’d really like to see a range of Avatar hardware side-by-side, all to the same scale. And if you're into readybuilts, there are plenty of 'toy' models out there, which with some TLC could be made into reasonably good shelf-ready display models. The pix below show the twin-rotor Scorpion gunship. 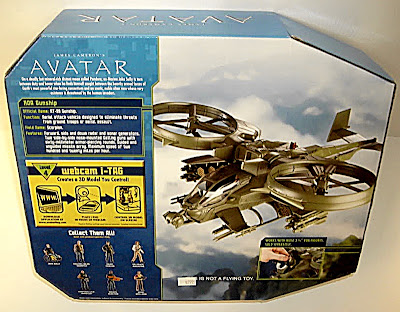 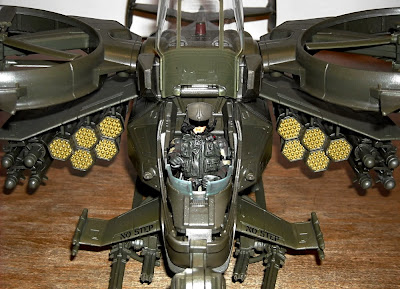