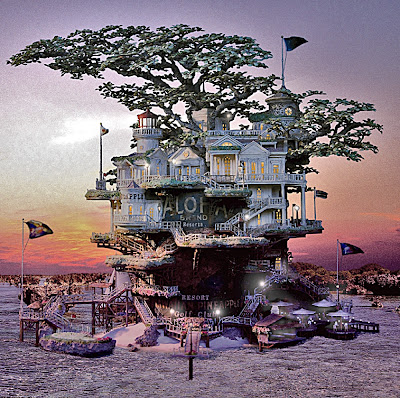 Tiny treats from Japan:
Tending to a bonsai tree is a labour of love that takes plenty of TLC, but Japanese artist Takanori Aiba has taken the whole concept a quantum leap into the model world, by combining live trees with blow-your-mind superdetail scale models. 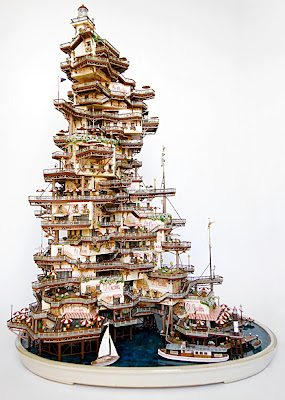 Cool magazine in Japan
Aiba has worked for many years in the fashion magazine world, especially with Popeye, a super-cool mag aimed at street-smart Japanese males. However, it’s his model work we’re looking at here, and that hearks back to traditional Japanese imagery and botany more than the uber-fashions of today. 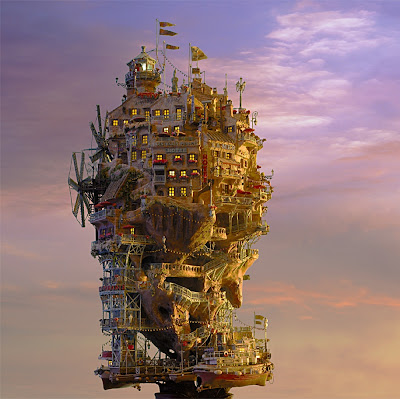 Oriental philosophy
Aiba has spent years on these beautiful works, described by him as: “an experimental approach to turn out a modern bonsai style that portrays the beauty of spiritual accordance between human and nature in miniature.” That’s a bit of a mouthful perhaps, but words are earned by results, and Aiba hits it big in that department, and comes as a breeze of fresh air in the conservative world of bonsai-growing. 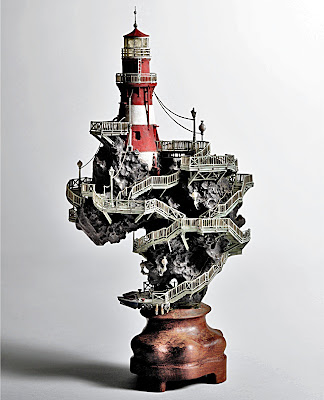 Growing a bonsai
How does he produce the bonsai models? Well, the tree comes first, whether you start with a seed or a ready-grown tree. Cultivating one includes pruning, trimming, potting-on, grafting and so on, resulting in a a tiny tree that mimics in every way its full-size equivalent. When fully-grown the bonsai stays small by being planted in a display pot, where the small volume restricts further growth. 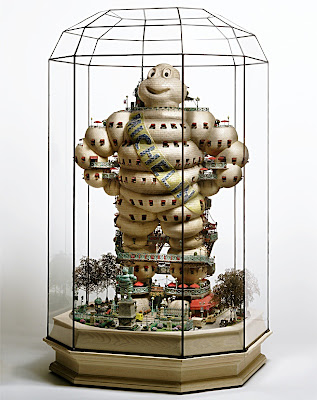 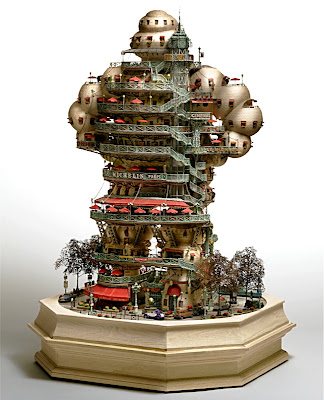 Bonsai or scale rail?
Takanori Aiba adds to that basic gardening work by building in scale models of windmills, lighthouses, a Michelin Man and much more besides. In fact, they are strong reminders of the best in scale model rail layouts, where mini-stories are the thing - look into the detail and you can see things happening. 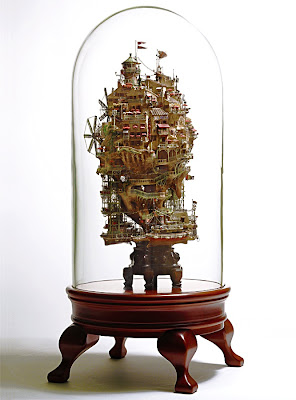 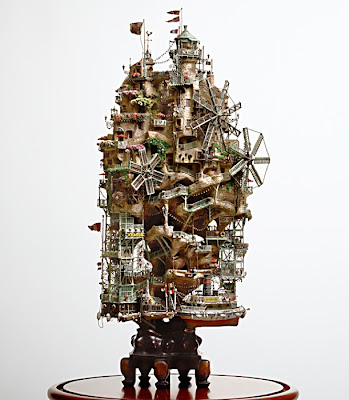 Fantasy flavour
There’s a strong fantasy element, so anyone who enjoys the work of artists like Renee Magritte or Salvador Dali is going to feel at home with Aiba. He is an award-winner too, with many commendations under his belt, including Design Awards from Hong Kong, Japan, and New York. Solo exhibitions of his imagery, and and lectures on design are part of his life, as are works in a variety of publications. 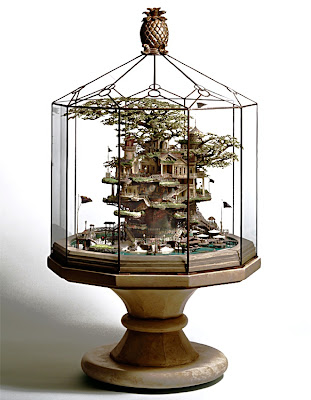 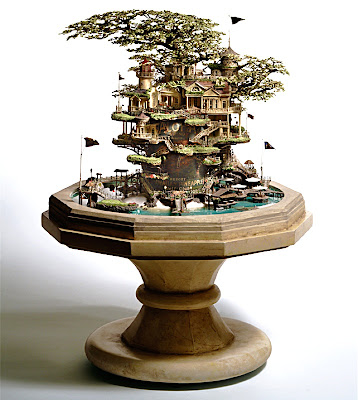 Summation
It’s good to see mature artists like Aiba producing stuff of this calibre - born in 1953, he’s put years of experience into these models. Not that he does it all alone, having the help of civil engineer Murakami, who does much of the actual construction. 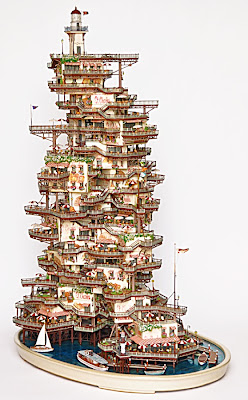 Want to grow a bonsai? Start here with a seedling kit here or a fully-grown specimen here.