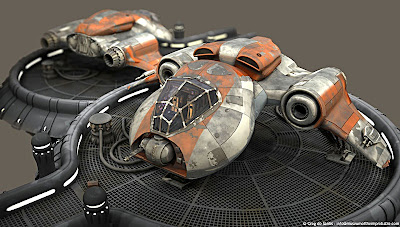 SMN report:
Today’s images are a trip back in time to the years 2005 and 2006, when US concept artist and modelmaker Greg DeSantis made a series of compelling fantasy and science-fiction models. However, these were not wood, plastic, or metal creations - instead, they were 3D models created in a computer - for Greg was, and is, a gifted digital modelmaker. 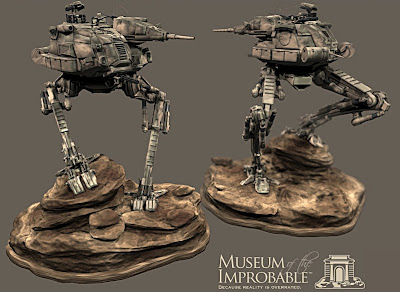 Models on sale
Greg DeSantis made the models for sale as limited edition downloads, and by all accounts that side of things was the success it deserved to be - within a year, sales were complete, but the site itself stays on - and you can go there using the link below. 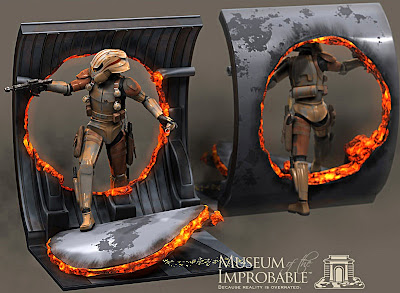 Virtual or reality?
Well, if they are virtual, you might ask: “Why are they on Scale Model News?” Well, we reckon that just as scale models of movie creations - such as Star Trek or Batman - are essentially based on nothing but dreams, then these are no different. And we’d love to see some ‘real’ display models created using Greg’s originals as inspiration. 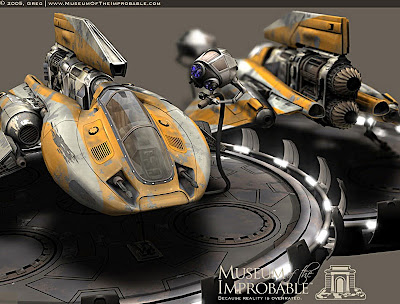 Flyer and walker
The 3D models of Greg DeSantis include hard-tech spacecraft and military walkers that would not look out of place in a scene from any of the Star Wars sagas. We like the mini-diorama bases that Greg has included, giving them an air of miniature reality. 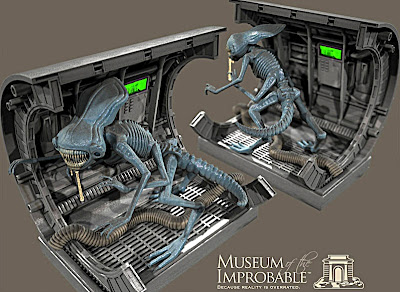 Deadly alien vs space trooper
The alien creature striding around a section of spacecraft hull is hardly something you’d like to meet on a wet Friday night, though the armoured figure burning his way through another section of hull looks like rescue is at hand. 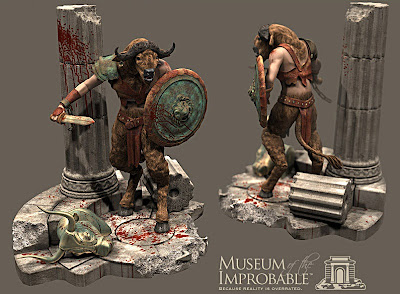 Man, myth and magic
The Minotaur-like beast comes straight from the pages of Ancient Greek myth stories, while an Eastern Samurai-style warrior gets ready to hack his way through the tough carapace of a giant beetle. Ugh! 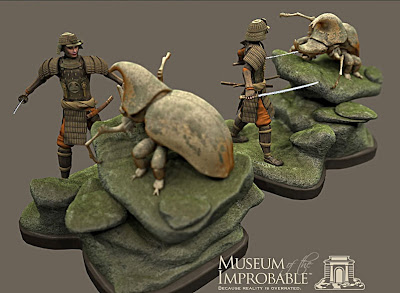 The giant beetle can stay a fantasy we reckon. 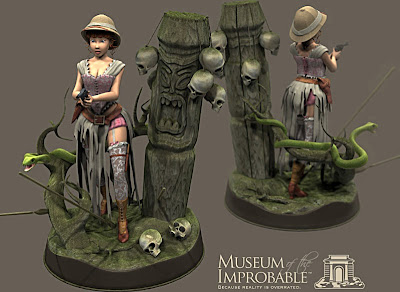 Steampunk adventures
A Victorian-era adventuress manages to show plenty of comely flesh, while exploring the Island of the Dead. The steampunk-style Nautilus submarine is a homage to the Disney original, made for the movie 20,000 Leagues Under the Sea. Greg also depicted the giant squid that the crew of the Nautilus battled, both in Jules Verne’s original book, and in the silver screen recreation. 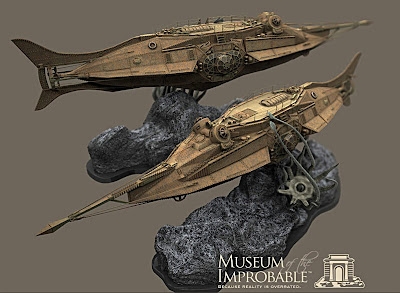 Summation
Fantastical stuff, and a delight to the eye. Use any of these as inspiration for your next fantasy kitbash and you won’t go far wrong.

Visit the Museum of the Improbable here.

Lots of sci-fi and fantasy models to make here.