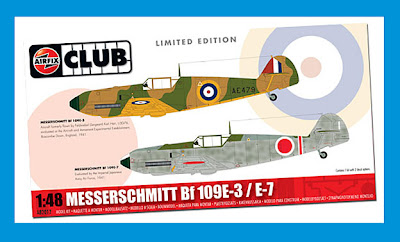 SMN report:
It’s time for the annual kit release made especially for members of the worldwide Airfix Club. Each year’s kit is an exclusive release, so if you want one, then joining the Club is the way to go. The 2012 kit is a fascinating one - it’s based on the Airfix 1:48 scale Messerchmitt Bf 109E, and the ‘exclusive’ part is the supplied decal set that provides markings for two extremely interesting aircraft.

Captured Messerschmitt
The first scheme (above) represents an Bf 109 captured by the French early in World War II. The aircraft was flown to Britain, where it was used in the RAF air fighting development unit to help train pilots in combat techniques against Luftwaffe aircraft.

Tested by Japanese forces
The second decal scheme is perhaps even more interesting, as it depicts a Messerschmitt Bf 109E-7 in Japanese markings, one of five sent to Japan for evaluation in 1941. The aircraft were used for evaluation with possible licence production in mind, but Japanese pilots found the Bf 109 to have a short range, and lacking the nimble manoeuvrability of aircraft such as the Mitsubishi Zero. 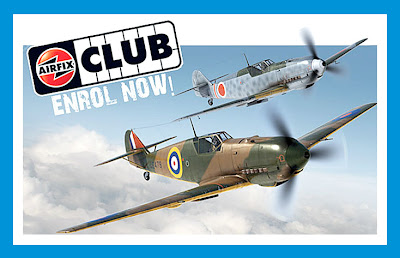 Unique kit
The 1:48 scale Airfix Bf 109 kit itself is a good one even if it doesn’t break any records. But these markings are not matched elsewhere, so if you also fancy the other benefits in the Club package then joining up is pretty much a no-brainer. What do Airfix Club members receive? The list is pretty good actually, and here it is -

Choice of delivery
There are two ways to get that lot - download or hardcopy in the post. Which is to say the download version sends you the Quarterly mag and Catalogue via email and you save a bunch this way. UK prices are £16.99 for download, £24.99 for hardcopy. Outside the UK, the choice is download only - mind you, the kit and badge are ‘real’ so they still come in the post!

What's in the quarterly mag?
Airfix Club Magazine is published four times a year and has the sort of content you might expect -
• Latest Airfix news and kits
• Features on kits and the real thing
• Great competitions
• Model builds, with tips and step-by-step guide
• Club News
• Diary Dates

More Airfix kits here. The catalogue (below) is nicely designed, and is packed with interesting stuff. 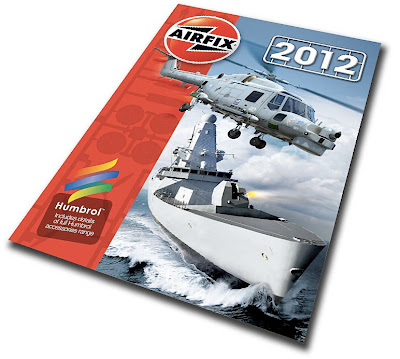