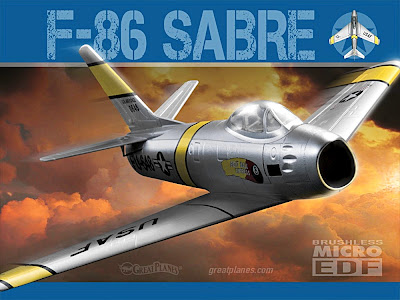 SMN report:
We’re not radio control (RC) experts here at SMN, but a chance meeting last weekend with the charming lady organizer of the UK’s biggest RC event had us thinking on the subject. So we had a look around to see what’s new in the world of RC stuff, and this Great Planes F-86 Sabre certainly looked the part. 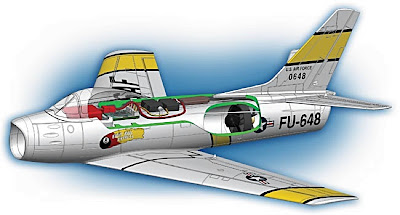 Ducted fan beauty
This RC model is a fair replica of a fine combat jet, the North American F-86 Sabre. And what’s more, this Great Planes interpretation is powered by an Electric Ducted Fan (EDF) which hides a fan-cum-propeller buried deep inside the Sabre’s fuselage.

Rotor inside
Visually at least, this Sabre looks like a jet, even if the reality is that there’s no hot fire cooking inside that lightweight plastic shell. In fact, the power is from a small brushless electric motor, which spins a three-bladed rotor at the core of the HyperFlow ducted fan unit. 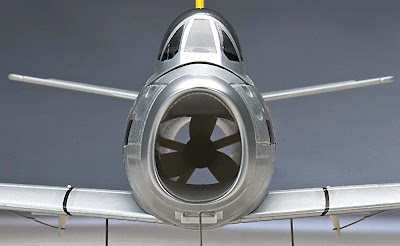 Batteries included
Motor and full RC gear are supplied in the Great Planes box, as are batteries and charger. The plane comes ready to fly, so you’ll need to spend very little time before taking that first test flight. One downer - to us scale fans anyway - is the spidery landing gear, resembling nothing ever sported by a real-life Sabre. Fair enough, the gear needs to be lightweight, but it’s a pity it couldn’t look just a little more substantial. Incidentally, the cockpit canopy does double-duty, as it lifts away from magnetic catches to allow easy access to the batteries. 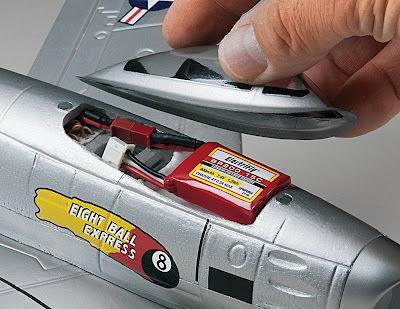 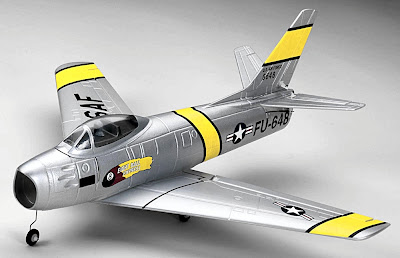 Big but light
The Great Planes F-86 Sabre has a wingspan of 381 mm (15 in) making it around the 1:30 scale mark - nearly the same as 1:32, so it could sit on display with 1:32 plastic kits on display, or even with model cars including 1:32 scale Scalextric slot racers. For all its size, remember this is a flying machine, so the construction is largely of foam plastic, allowing this Sabre to tip the scales at a featherlight 67 gr (2.35 oz). 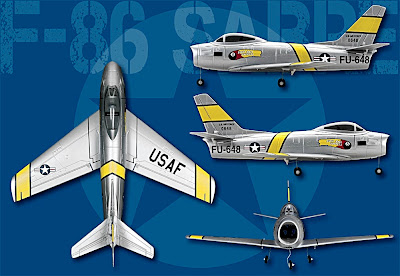 There’s more...
Here’s a picture of the real thing, with a flight of F-86 Sabres commanded by Colonel Ben O. Davis, of the US Air Force 51st Fighter Interceptor Wing, during the Korean War. 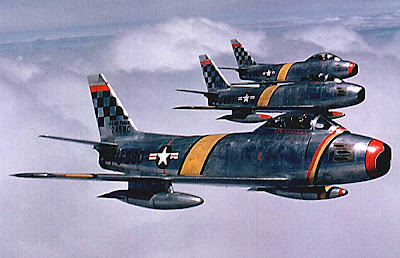 ..and more
We’ll have a closer look at the upcoming RC ‘Wings & Wheels Model Spectacular’ later this week - it looks a great day out this coming June. 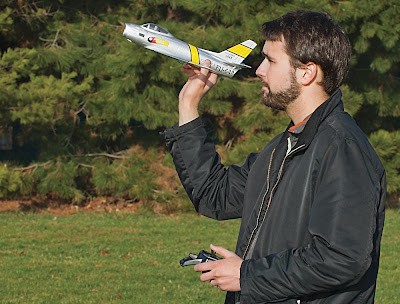 All sorts of RC gear here.