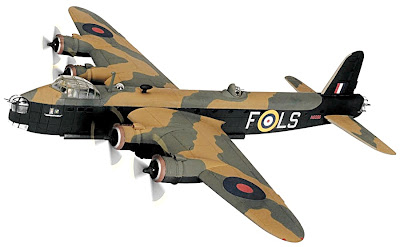 SMN report:
The team at Corgi has worked really hard with this new diecast 1:72 scale model of the Short Stirling World War II British heavy bomber. In fact, one of the UK’s two leading hardcopy diecast mags gives it a top-score 10/10 rating.


Injection vs diecast
From a construction-kit point of view, the Stirling doesn’t rate that high - even today’s metal diecast technology cannot match injection-moulded plastic for fine detail. But move back a bit to arm's length. Then this model could sit next to a kit-built equivalent, and you wouldn’t be able to tell the difference between plastic and metal, all of which earns the Corgi Short Stirling a solid 8.0 rating from SMN. 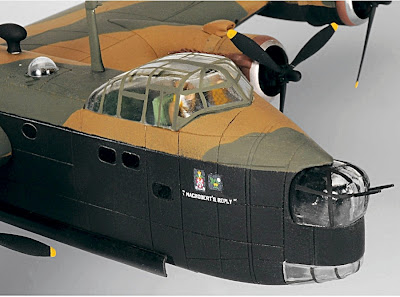 What’s in the box?
Out of the box, the Corgi model comes ready for display, with moveable gun turrets, bombs loaded into the multiple bays, and Royal Air Force (RAF) markings in place. It’s a big and heavy bird, this Corgi Stirling. To 1:72 , the wingspan is some 415 mm (16.3 in), and the tall undercarriage accurately gives the high-set flight deck ‘I’m flying but I haven’t left the ground yet’ skyscraper-view look. The pictures here of Corgi’s model are of the development prototype, cast in resin, and production-ready machines are just that bit better finished. 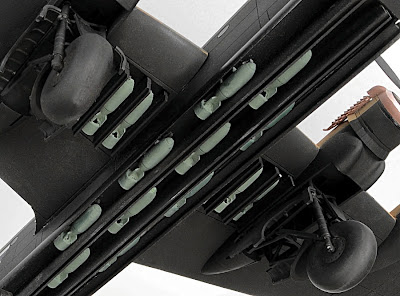 Top Airfix artist
As for kits, the only 1:72 scale release we can think of is the old Airfix offering, which was OK in its time, but could really do with a high-tech revamp. Note the painting of the Short Stirling we show below. It was  created by that maestro of Airfix box-tops, the legendary Roy Cross, who has managed over a lifetime of artistic excellence to inject interest and excitement into every single one of his works. 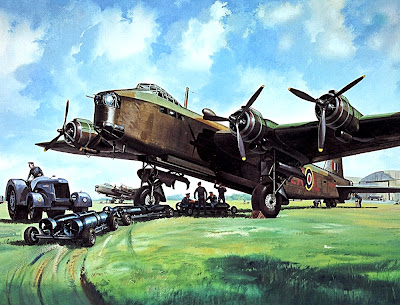 Thousands built
Corgi’s particular aircraft choice is MacRobert's Reply of Royal Air Force 15 Squadron, a machine paid for by a £25,000 donation from Lady Rachel Workman MacRobert. She named it to commemorate the loss of her three sons, all of whom were killed in action with the RAF. The Stirling itself counts as something of a forgotten bomber - 2383 were built during World War II, but not a single aircraft survives today. The Stirling was the first British four-engine heavy bomber of World War II, being designed from a specification drawn up in 1936, and entering service just five years later, in 1941. Its front-line career lasted only until 1943, after which the Handley Page Halifax and Avro Lancaster began to replace it. 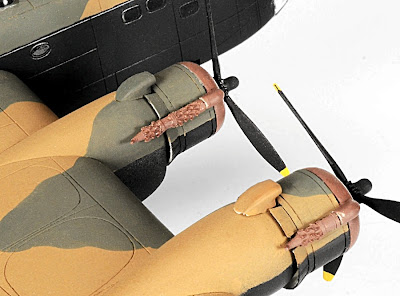 The Stirling Project
Not everyone is pleased with that ‘forgotten’ status though, and in 1997 a group of enthusiasts launched The Stirling Project (TSP), to preserve components and documentary evidence of the aircraft. Among TSP’s aims are to construct a forward fuselage section, recreating working drawings as they do so. The team has restored a nose-gun turret, now on display in the UK Pathfinder Museum, and six years ago, an RAF Chinook helicopter helped recover Stirling parts from a remote crash site. 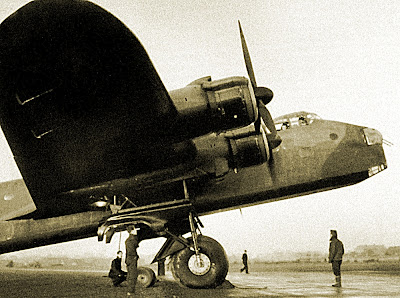