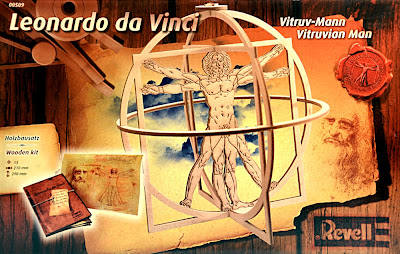 Mat Irvine reports:
Apart from the Mona Lisa, the Vitruvian Man pen-and-ink sketch is probably Leonardo’s da Vinci’s most famous image, and something of an international trademark. And it’s now the subject for Revell’s latest Leonardo kit, the only model in the series that represents a more metaphysical side, rather than his designs and inventions. 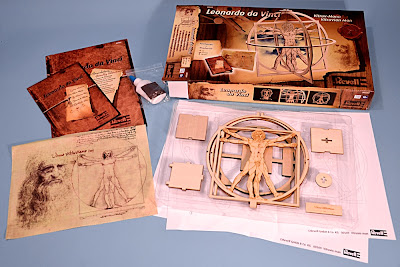 Baker’s dozen build-up
Vetruvian Man is the simplest kit so far in the da Vinci series, consisting of just 13 pre-cut wooden parts. Seven of these are for the base and nameplate, which leaves six to create a 3D representation of Vitruvian Man himself. As with the other kits, the wood parts are laser-cut, which leaves a suitably ‘aged’ look to the edges, and the supplied bottle of PVA glue can cement everything together in very short order. 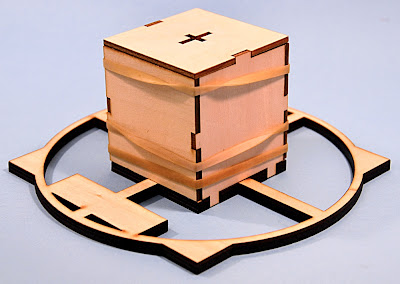 Assembling the base
The base is built up first, the box structure held together with elastic bands while the glue dries, then it’s a simple matter of slotting the various circles into place. 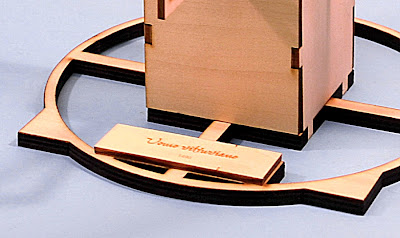 Impressive size
So far as stats go, Vitruvian Man is straightforward enough. The 1:16 scale results in a model measuring 201 mm (8.25 in) across by 290 mm (11.4 in) high. That’s roughly the same size as a 3D version of an A4 typing sheet in fact, and certainly big enough to look reasonably impressive - erudite even - on a suitable display shelf. 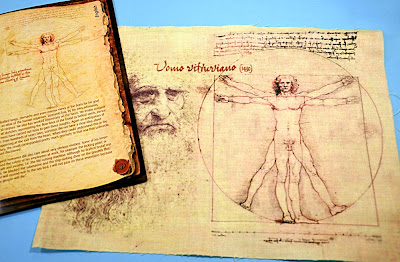 Full instructions
The English language section of the supplied booklet has the usual parchment-look graphic treatment. Purist graphic designers may think 'the look' is getting a little hackneyed by now, but for the rest of us, it manages to convey the historical nature of the kit well. The instruction booklet pages feature easy to understand diagrams - though with only 13 parts, the build-up shouldn't be too difficult to comprehend. 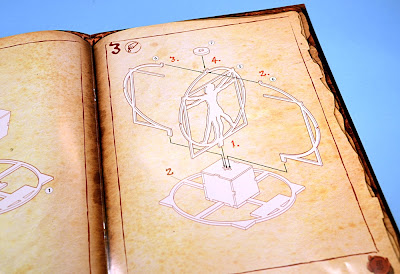 About da Vinci
It’s true to say that Leonardo da Vinci was the original 'Renaissance Man', in that he encompassed many disciplines in art, design and technology. Not only is he known for his multitude of designs and inventions, but also for paintings and sketches, drawings and dissections. 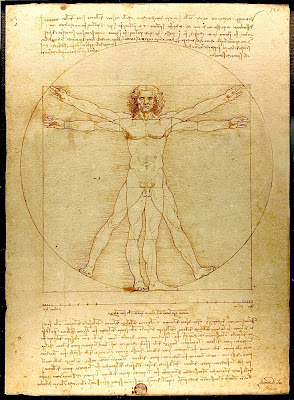 Proving a theory
One of Leonardo’s projects was to carefully measure people, to try and quantify the way humans were developing. This was based on a similar project done 1500 years previously by the Roman architect, Vitruvius - or to give him his full title, Marcus Vitruvius Pollo, which explains the name of the drawing - (original above) and of the kit. The measurements helped prove a Leonardo theory that the average human size was changing - we were getting taller, but thinner. This he mapped out with a human form standing upright, arms outstretched against a square, superimposed on a second pose with legs splayed and arms raised, matched to a circle. 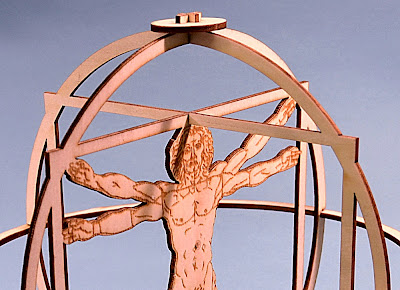 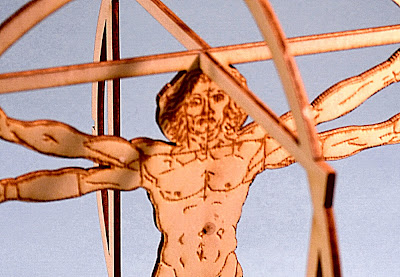 Summation
The Revell Vitruvian Man is an easy kit to build - and likely of the most unusual subject you’ll see in a model collection. 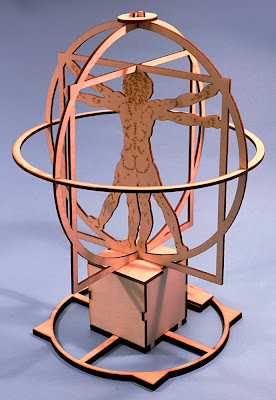 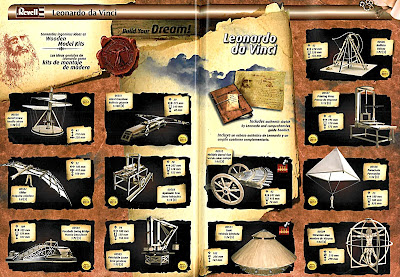 SMN comment:
This is an interesting kit, but a bigger IWOOT for the SMN Crew will be the upcoming multi-gun circular tank concept, due for release by Revell in Q3, 2012. The tank’s stats make it of real interest - 1:24 scale, 206 mm (8.1 in) diameter, 143 mm (5.6 in) high. It’ll be a no-brainer to use it as the star of a mediaeval diorama or fighting fantasy set-piece. What’s more, it’ll be more of a build than Vitruvian Man - no 13-part assembly for Leonardo’s tank: instead, there’ll be 163 components stuffed into the box.

There's more
Logos based on Vitruvian Man have been used here, there and everywhere - and even in space, as the logo for the old Skylab II NASA mission. 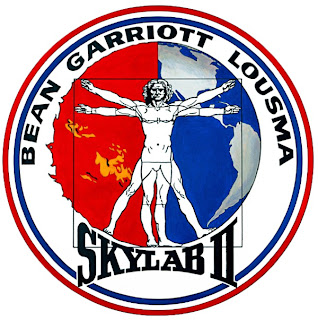 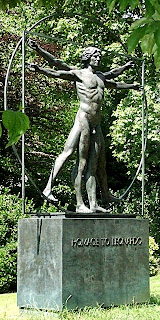 Statue in a London park. 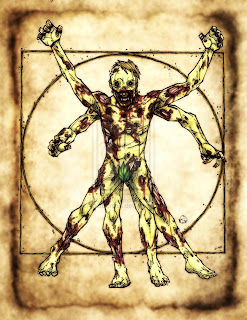 Beyond the grave, as Zombie Man.