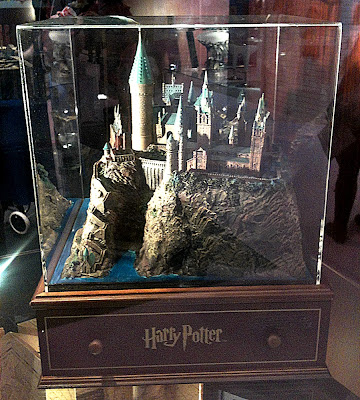 Spring Fair report from David Jefferis:
Another trade show that’s running this week is the UK’s Spring Fair, held at the National Exhibition Centre (NEC), Birmingham. While not quite as massive as the Nuremberg Toy Fair, Spring Fair is still a major footslogger that attracts more than 70,000 visitors. It’s a mega-roundup of 300,000 offered products, ranging from goodies like coffeemakers and cooking gadgets, to art prints and jewellery. And neatly stirred into the mix are halls dedicated to toys and games, aka collectibles, hobbies, and models. 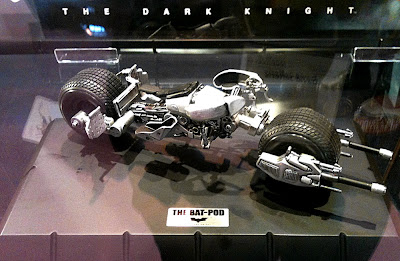 Ready-builts to the front
Companies I had expected to see were there - Hornby, Maisto, Revell, among them - plus distributors like Amerang and A.B. Gee. But the real eye-opener was the quality of the ready-made collectibles on offer. Seriously, if you don’t have time, skill, or interest to build a model from scratch, then you still have the chance - and usually at highly competitive prices - to build a display collection that need be second to none. And if you want to make a collectible ‘yours’ by some judicious weathering, or minor tweaking with the finish or paint scheme, then that’s the route to having a completely unique item for your display shelf. 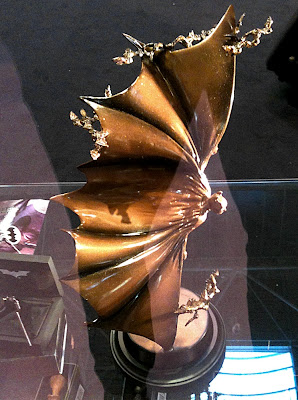 Neat collectibles
And it’s a winning combination - for there were dozens of collectible ranges on display at Spring Fair, featuring all the favourite suspects. Alien, Batman, Star Wars - you name the movie series, there seemed to be a collectible range for it. And of course, Harry Potter was there, with some beautifully made sculptures of Hogwarts, Harry, and more. Retro was big too, with Beatles stuff newly minted for the collector market - I just luurved the life-sized Blue Meanie (below), its grin just as mad and bad as when it first appeared in the Yellow Submarine movie, back in 1968. 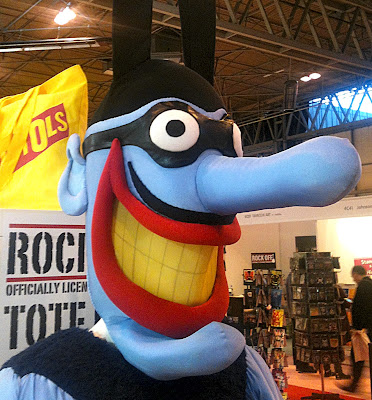 London Olympics 2012
For sports lovers, the London Olympics 2012 had its own large trade zone, with some surprisingly interesting stuff on display. Corgi had items like Olympic-themed London taxis and Underground trains. But there also were unusual items like steel-sheet stencil kits, featuring mini-models of the Olympic stadium, and a very nifty (if somewhat mysterious) three-wheeled cycle figure. And naturally enough, super-size figures of the one-eyed Olympic mascots Wenlock and Mandeville (below) lurked here and there to trap the unwary. 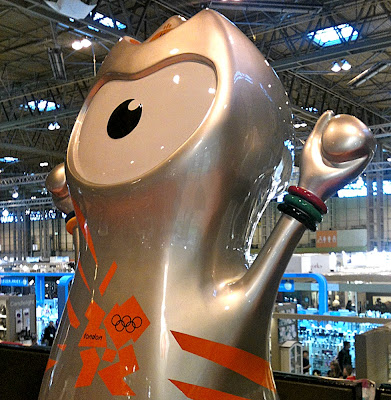 Summation
Spring Fair made a fascinating trip, with a huge variety of products on offer, as you’ll be able to see from the slide show. A bonus was that after the model side of things, it was possible to check out such intriguing items as a coffee machine disguised as a Friesian cow!

There's more
Here's a bunch of shots I took with the trusty iPhone 3GS. They certainly show that there's plenty of variety at Spring Fair 2012. 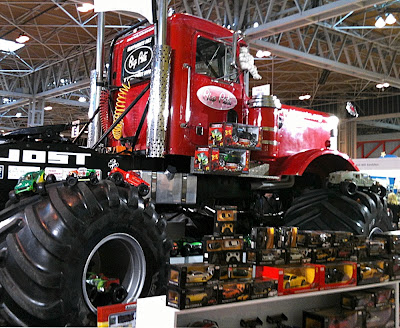 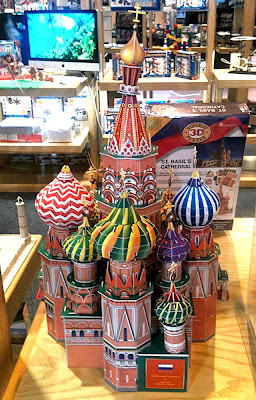 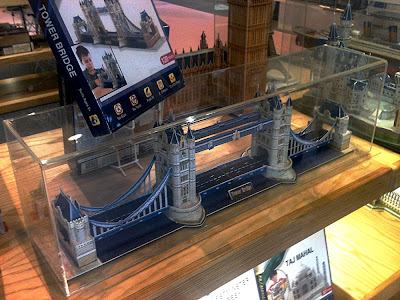 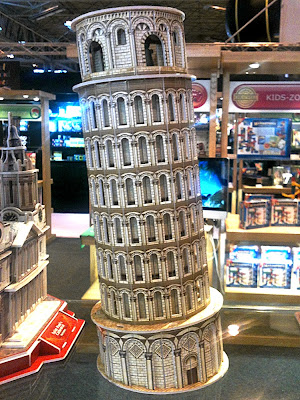 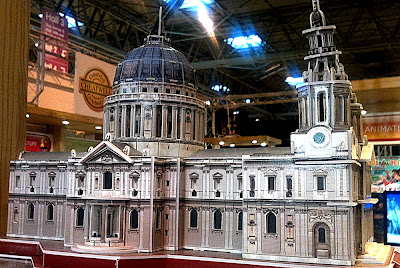 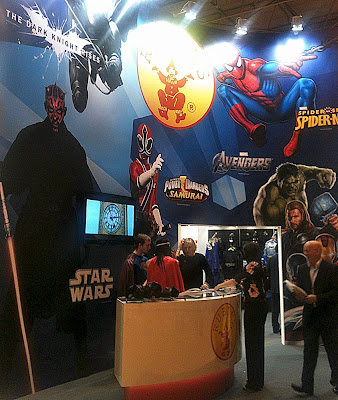 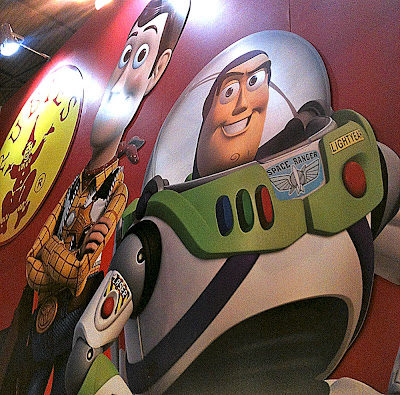 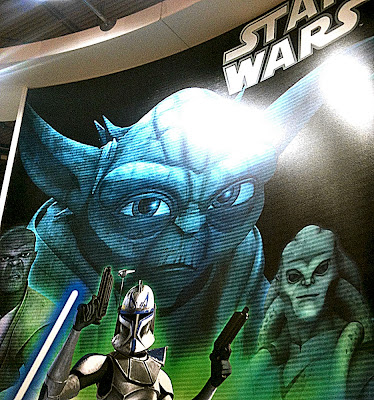 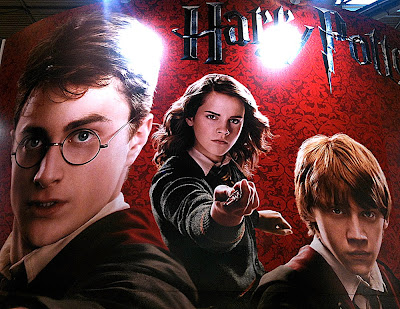 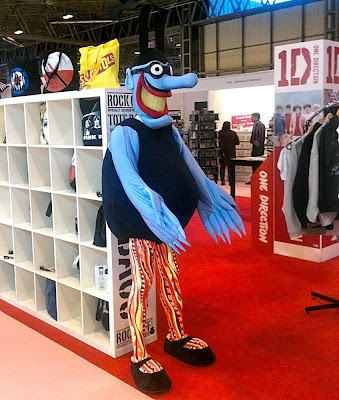 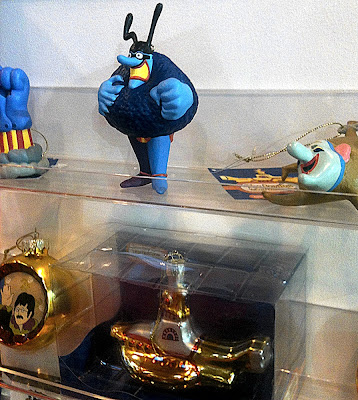 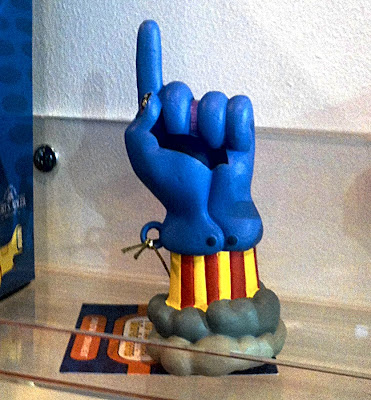 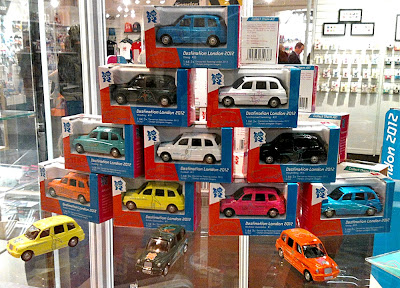 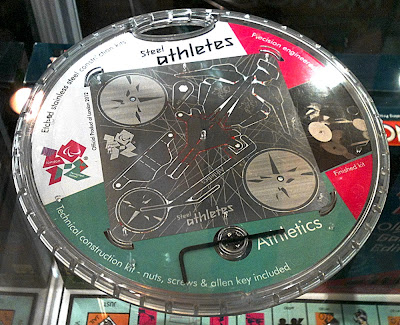 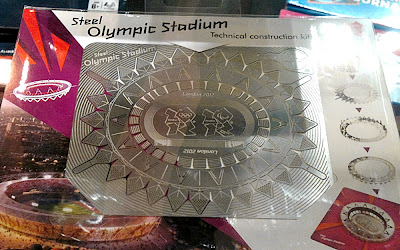 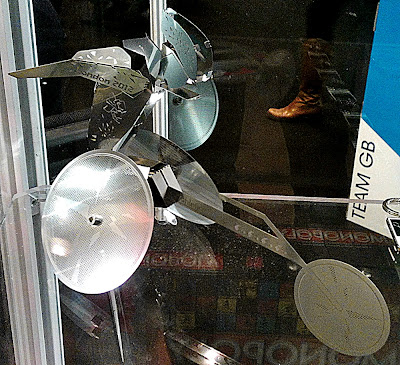 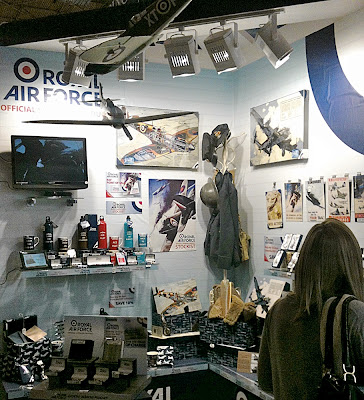