TRIBUTE TO THE SPACE SHUTTLE FROM AIRFIX 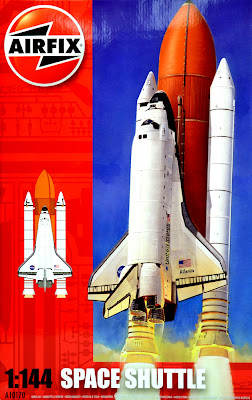 Weekend read from Mat Irvine:
As the last of the Airfix space launchers to receive a makeover, the updated 1:144 scale Space Shuttle was released to coincide with the last-ever Space Shuttle mission, STS-135 in July 2011, when the Orbiter Atlantis made its 33rd and final flight. So how did Airfix do with the makeover?

My involvement
At this point I have to add: firstly, that the plastic in the kit remains as it was before, and secondly, that I was involved with the reissue, having been asked by Airfix to update the plans and make recommendations for the decal sheet. I have done this with previous space reissues, and also for the last major Shuttle update, a Humbrol production carried out in 1999. 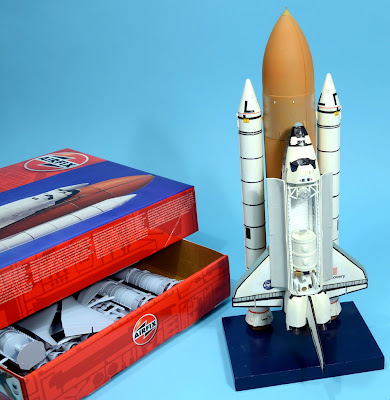 Mike Trim and Jonathan Mock
So what about the Airfix Space Shuttle this time? Although you don’t get any new parts, you do get fresh box-art by Mike Trim, who also did previous rocket reissues. There are new plans and an even larger decal sheet, drawn by Jonathan Mock.

Both the old (left) decal sheet and new (right) were a vast change from the meagre set you got with the original kit (top left). Jonathan Mock has added many new markings, and arrangement drawings with markings for various Orbiter schemes are included. 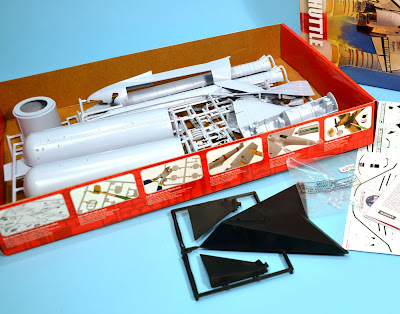 Components aplenty
You get almost 100 parts. New components I would have liked were in the payload bay, which still carries a generic Spacelab, which - because it is one moulding with the cargo bay itself - makes changing payloads difficult.

But with the Shuttle built as intended, in Full Stack configuration on the pad with Solid Rocket Boosters, the cargo bay doors are closed anyway, so this may not come into the equation. 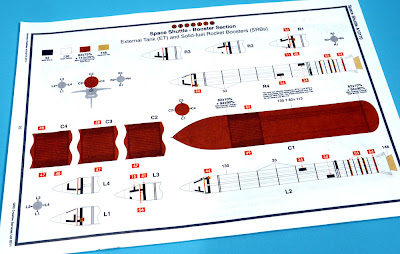 Details from NASA
The Solid Rocket Booster (SRB) page of the plans (above). In reality they had to be kept generic for all SRBs from STS-3 onward, not forgetting that STS 1 and 2 had their External Tanks (ETs) painted white. For more info visit NASA for mission pix, and I can also recommend Mike Mackowski’s excellent Space in Miniature Volume 3. 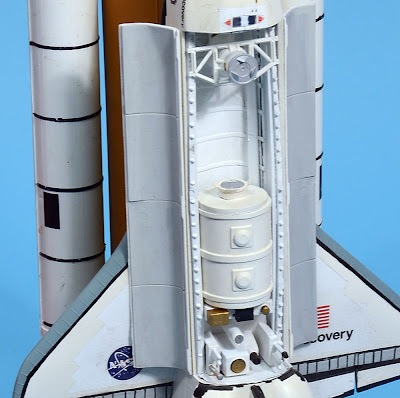 Mat’s mods
I built this Airfix Space Shuttle with the payload bay changed from that supplied with the kit. New sides have been built and the payload modified (above). The forward ISS docking module actually comes with the 1:144 scale Intermountain-Railway (IMR) kit of the International Space Station (ISS).

Grey not white
One slight oddity (and one I didn’t realise until I actually got a production kit) is that the plastic is moulded in the now-standard Airfix light grey, not the original - and arguably more appropriate - white. But given that the vast majority of these kits will be painted anyway, this is perhaps no big deal. The kit still makes a fine tribute to this unique spacecraft, now firmly a part of the history books.