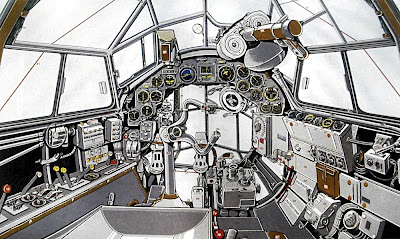 SMN report:
We were recently sent two rather nice contemporary drawings of the Junkers Ju 88 - and thought they would come in very useful as background reference for interior detail fans. 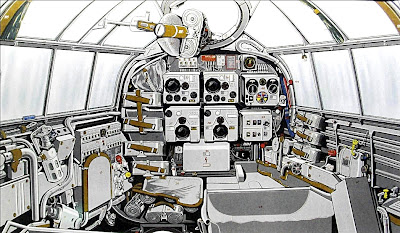 Inside the cockpit
They look like they were drawn up for the Junkers flight manual of the time, though we’re not sure - so if anyone can fill in the blanks that would be good. There’s lots to look at in the fore- and aft-facing pictures, not least being able to see what a busy place the inside of an 88’s domed command cupola was. The forward view clearly shows the excellent all-round view the pilot had, and note the flip-over control yoke, ideal for accessing controls down in the left quadrant. The machine gun is shown in the latched position - in use, it could swivel freely.

Looking aft
To the rear, the bulkhead is stuffed solid and the rear gun is again shown latched in place. Visibility is good through the ‘conservatory’ windows, with precious little chance of an Allied aircraft sneaking up unseen - provided there’s an 88 crew member keeping an eagle-eye view, of course. 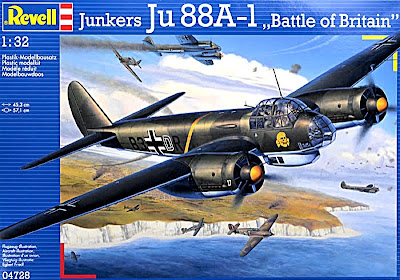 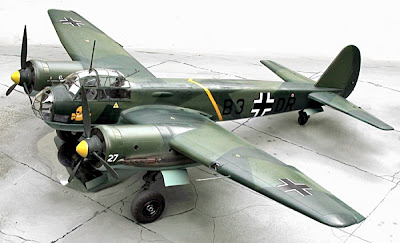 Big-scale Luftwaffe attacker
The Junkers Ju 88 is among the most-modelled subjects for aircraft modellers, with the two current top dogs coming from Germany, appropriately enough. Revell has a pair of truly first class offerings: if you want big, then the 1:32 scale Ju 88 A-1 is packed with detail and follows the contours of the real thing faithfully. We found a brief review by Diedrich Wiegmann, who rated the kit very highly indeed. The pix (above, below) are of his work, with much more over at his Hyperscale review. 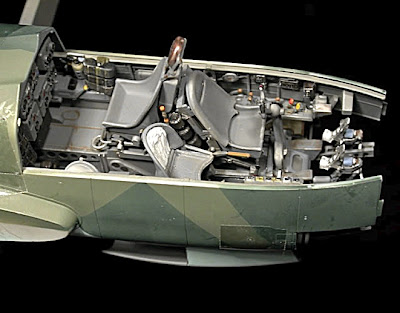 1:72 scale Ju 88 A-4 bomber
If you want a smaller model, then the recently released new-tool 1:72 scale Revell Ju 88 A-4 bomber version is also a good buy. The kit has 206 components, plus a choice of decals, and comes with plenty of finely engraved surface detail. And for the scale, detail is where it’s at with this kit - for example, the landing gear features brake line connectors, neatly moulded to the inner surfaces of each tyre-wheel assembly. Nice. Bombs and bomb racks are included, though (and this is a pity) the fuselage bomb bay has been all but ignored - there are no internal details or opening bay doors. 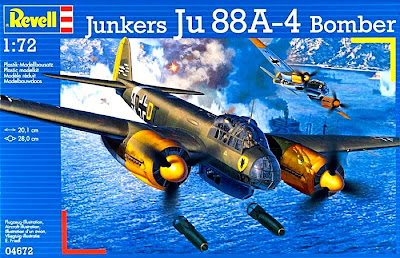 Clear and thin
On the upside, the transparencies are clear and thin. As ever with German-sourced Luftwaffe kits, swastikas are not supplied on the decal sheets. However, don’t mark Revell down for this shortfall - it’s against the law in Germany to display or sell the Nazi Party symbol. 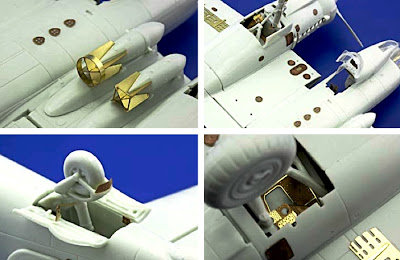 Strapping in with Eduard
On the superdetail front, it’s worth noting that Eduard supplies a 1:72 photo-etch set (above, below) for this Ju 88 A-4, providing elements that the Revell kit lacks, such as seat harnesses. 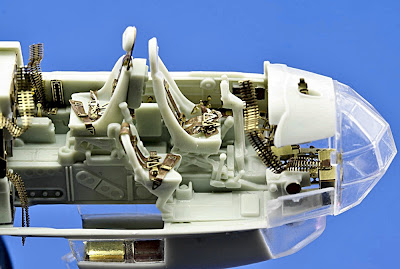 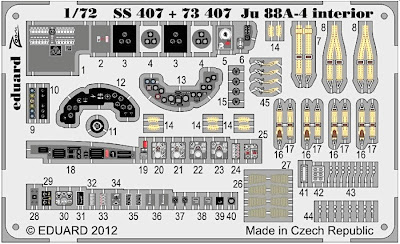