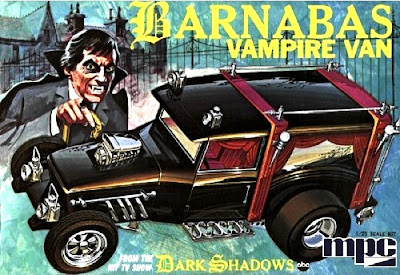 SMN update from David Jefferis:
Oops, this Vampire Van has been in the ‘passed us by’ department for a while. It’s a fun kit that was released a couple of months ago by Round 2 under the MPC name, and is now generally available. The Vampire Van is well worth a look, not least because it paves the way for the upcoming vampire movie Dark Shadows, starring the excellent Johnny Depp and bodacious Michelle Pfeiffer. 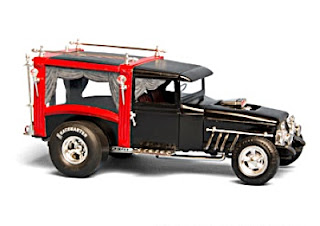 Creepy Classic kit
The kit is for anyone with a thing for the undead or for retro-style subject matter, and is themed on the Dark Shadows TV series that ran from 1965-71, then again in re-imagined format in 1991. The MPC kit we’re looking at here is a 1:25 scale MPC Creepy Classic, featuring a Vampire Van that might have been used by the series protagonist, Barnabas Collins. 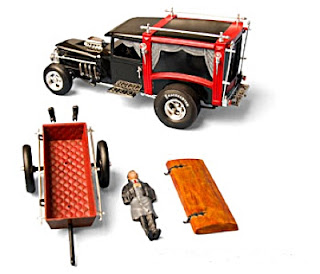 Excellent details
The model is basically a hot rod-style hearse that’s been customized with heaps of suitably vampirish details. It’s got curtained windows, old-style carriage lamps, an ornate roof rack, and positively drips with chrome details. The main feature though is the U-Haul trailer, revealed as a plush-lined coffin when you take off the wood-effect lid. And what do you see inside? Barnabas the Vampire having a snooze, of course! All in all, quite a cute kit, and one that will look even better with careful painting, especially to the vampire figure. 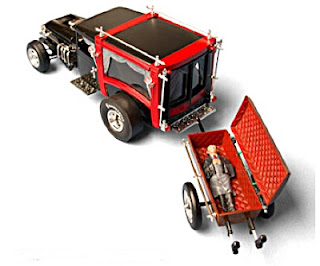 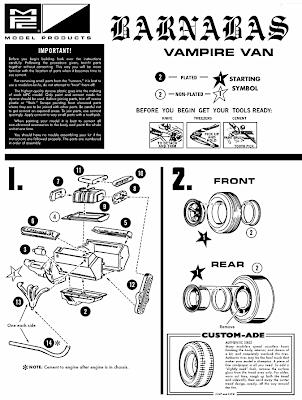 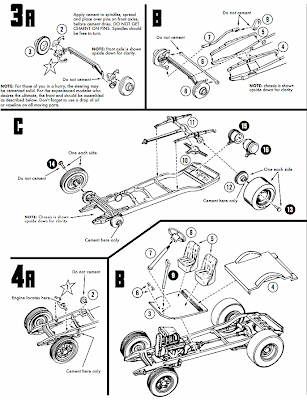 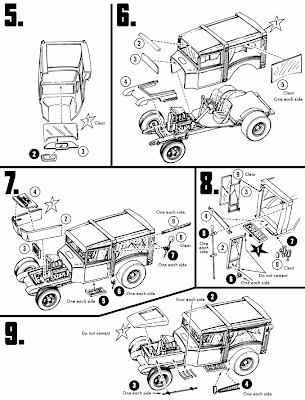 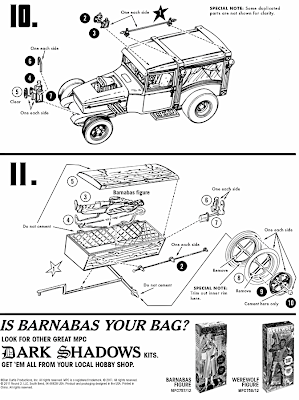 Summation
An interesting star-car kit to a standard scale. Well worth having if you’re into retro TV or fantasy. 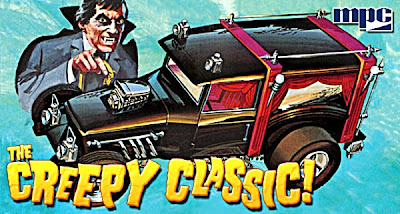 There’s more
The Dark Shadows remake is coming to the cinema this summer, and the good news is that it looks like being an entertaining way to pass a couple of hours. I’m a huge fan of both Johnny Depp and Michelle Pfeiffer, and also the movie’s fantasy-meister director, Tim Burton, who always manages an original take on his subject matter. There is no sign of the Vampire Van in the trailer (below), though the human family does run a Chevy! Looks like a laugh-and-a-half. Enjoy.

Note from Mat irvine, aka ‘The Knowledge’
We should point out that this Barnabus Vampire Van actually has nothing to do with 'Dark Shadows’, the original TV series, or - as far as we are aware - the up-and-coming movie. It just 'borrows' the name.

When MPC first issued this kit in 1969, it had a license for the then-current Dark Shadows TV series, and also made kits of the Werewolf and Vampire figures, much along the lines of the old Aurora monster figure kits. The Vampire Van was added under the same name - maybe MPC thought it was like the George Barris-built Munster Koach from 'The Munsters', which certainly did exist, and was used on-screen. However, the Vampire Van was a product of the MPC designers' imagination, created using some tooling from MPC’s 1932 Chevy kit, the modelling world's first - and to date, only - ’9-in-1’ kit. This though, was much to the annoyance of purists, as the panel van section was re-tooled, consequently losing the ability to reissue the Chevy in stock form.

The MPC Vampire Van kit was first issued in 1969, and reissued under the AMT name in 2002, with different box-art. This current issue returns to the original box design.