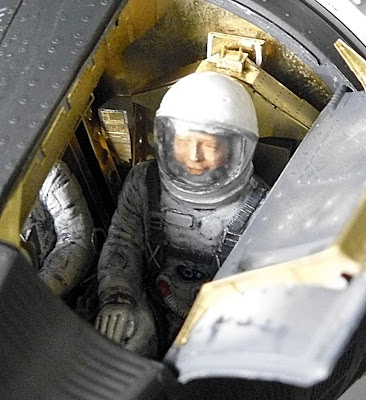 SMN Report:
Netherlands-based LVM Studios has a treat in store for real-space fans in April, with an interior super-detail package, designed to fit the 1:24 scale Revell Gemini space capsule kit, itself a recent ‘Classics’ re-release. 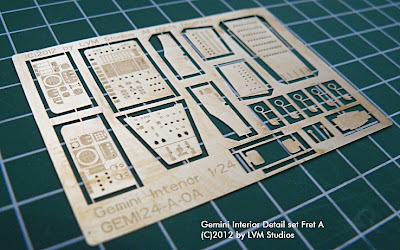 About LVM
LVM Studios - the initials are from guiding light Leon van Munster’s name - is a small company based in The Netherlands, whose aim is to design, manufacture and sell model kits and detail-up kits for mainly factual-space subjects such as the Space Shuttle, Gemini, and Soyuz. Sounds like an interesting plan for LVM and we’ll follow progress with interest. 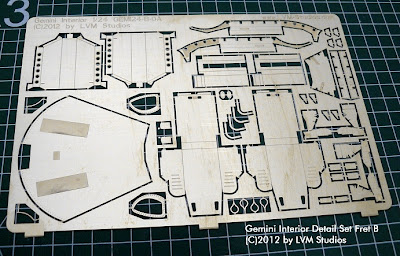 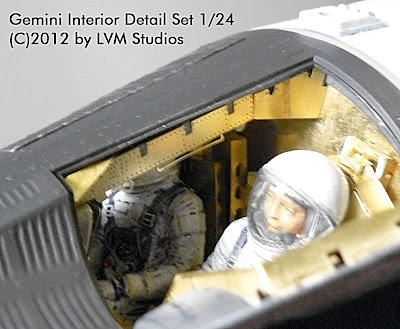 About the 1:24 scale Revell kit
It’s a real golden-oldie that features the second US manned spacecraft design, following on from the single-seat Mercury, and presaging the three-man Apollo capsule built for the lunar landing missions. As kits go, the 254 mm (10 in) long model is surprisingly good for its years - the original release was back in 1968 - and has capsule detail that includes the characteristic corrugations in the spacecraft hull. 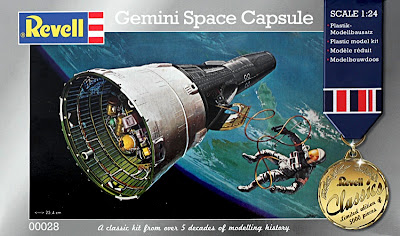 Old astronauts, new decals
Probably the weakest point concerns the astronaut figures (below), which lack definition, and could do with separate poseable components for head, torso and limbs. A bit of a shame Revell couldn’t have given them an update, especially as at this scale they are a fair size, even in seated position.

A good plan would be to keep the legacy figures for those who want to build the kit as it was originally released, but then also include a newly-sculpted set for those who wish to feature decent astronauts for display. Better crew members would definitely improve a future Gemini re-release, but we’re pleased to see that Revell has provided a new decal sheet with many small markings now included.

Review of the Revell Gemini kit at Scale Plastic and Rail here.

Want a smaller scale? Dragon offers ready-built 1:72 Mercury and Gemini capsules - have a look at them here. 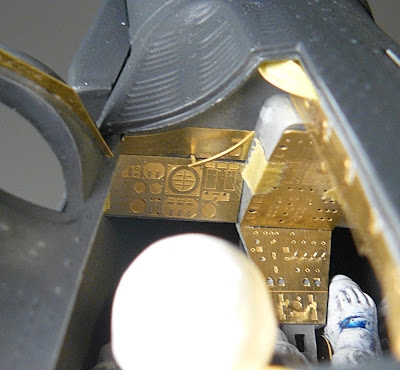 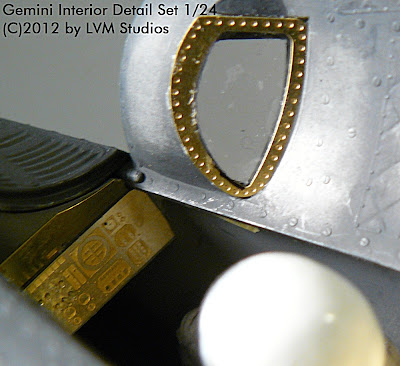 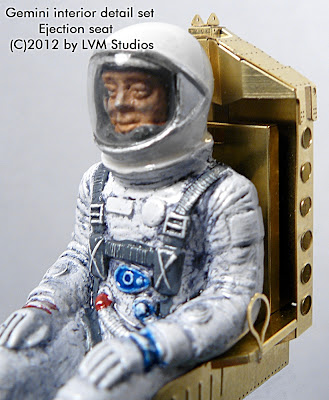