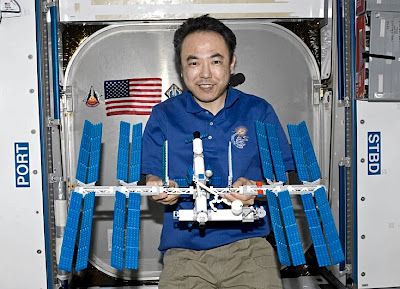 SMN report:
After posting news on LEGO’s upcoming R2D2 last week, we were sent a link to LEGO in space, for real this time. Astronauts aboard the International Space Station (ISS) recently assembled a one-off model as part of an education linkup between the space agency NASA and the Danish LEGO company. 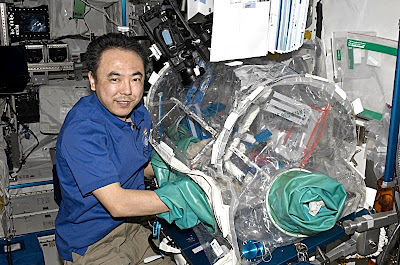 Japanese space builder
Building a Lego model in the weightless conditions of the ISS wasn’t exactly child’s play, as untended bricks would float around, free to clog up vital vents and hatches. Also, plastics can be a fire-risk, especially if they drift close to warm machinery. So, the solution adopted by Japanese astronaut Satoshi Furukawa was to build the biggish - 600 mm (24 in) - Lego ISS using a scientific glovebox. Inside the transparent walls of the box went the Lego bricks, while Furukawa built his model using special manipulator gloves, a bit like the Marigolds used for kitchen sink washing-up duties.

Floating away
Furukawa managed to complete the Lego build in only two hours or so - a far cry from the dozen years the real thing took to assemble. Mind you, the ISS is nearly 110 m (360 ft) long and took the combined efforts of a dozen countries to put together! When the model was built, Furukawa took it out of the glovebox and used it in a series of educational videos, beamed down to school classrooms back on Earth. 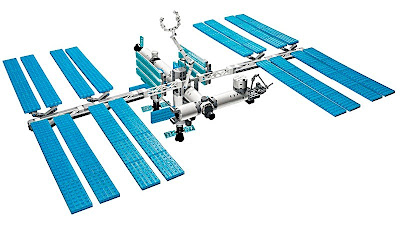 Fragile model
The finished model floated about nicely in the micro-gravity environment of the ISS, but was a fragile thing that would have not have survived a return to Earth, where it would most likely have collapsed under the gravity pull here. After the show was over, Furukawa took the ISS model apart, and stored the pieces safely away. 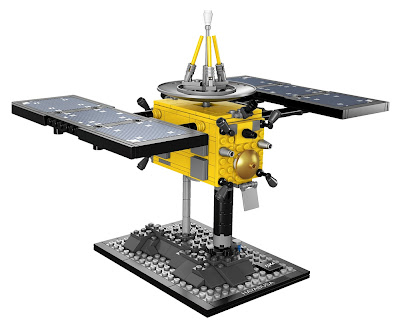 More models
The ISS was just one of a number that Furukawa built in orbit. He also built Lego models of Moon and Mars rovers, the Hubble Space telescope, and a GPS satellite. Lego has a strong presence with its Space range, and it’s worth having a look, especially if you know some younger space enthusiasts.

Summation
The mini-ISS was a one-off model, designed for the NASA-Lego linkup, and it’s a pity that Lego don’t do an Earth-gravity version. The best bet if you want a decent model of the ISS comes from Revell, which makes a 1:144 scale version, shown below. 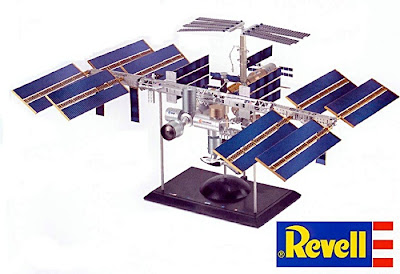