Mat Irvine reports:
The two Revell divisions joined forces again recently, when Hobbico, US owner of Revell-Monogram, bought out Revell-Germany, so bringing two companies under one banner. Revell-Monogram will continue with US-market kits, in which cars dominate, while Revell-Germany’s catalogue is more aircraft and military. However, more non-static kit products - the bulk of Hobbico’s sales - might come to Europe. 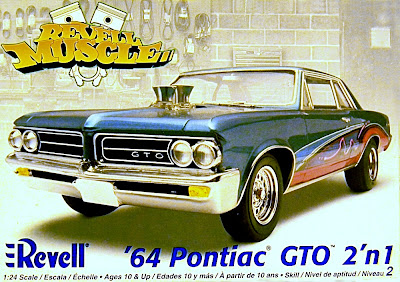 Separate companies
Perhaps most modelmakers were not aware of it, but until this buyout the two organizations linked to the Revell brand have been separately run since 2006. So what’s the story behind the current deal? 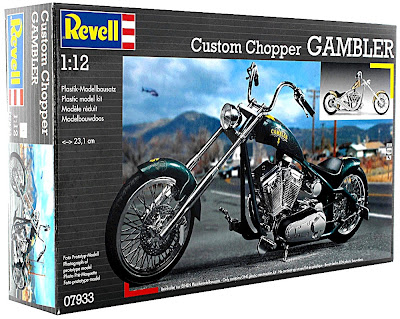 Journey to the past
The original Revell model company was started by Lew Glaser in Venice, California, around 1952. The date is difficult to pinpoint as Glaser had an earlier company, Precision Specialities from 1941 (started just weeks before the bombing of Pearl Harbor!), though at that time it dealt purely as a ‘jobbing moulding’ company. This side of the business continued until around 1950, when Glaser met with the British  father and son team of Jack and Kelvin Gowland, who had moved to California and started one of the earliest kit companies, Gowland and Gowland. 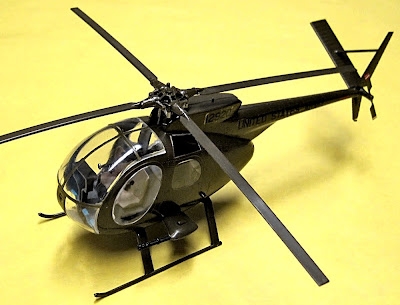 Urban myth
They had contacted Glaser to give them an insight into the American way of doing things, but eventually he took over the bulk of G&G’s model catalogue and started his own kit company, its name, Revell. Urban myth has it that the Revell brand was created purely for this, but actually it was already in the Precision Specialities list, the first Revell product being a ladies powder compact issued back in the 1940s.

Expansion abroad
Revell Inc, as it then was, grew and started subsidiaries in other countries. Canada was first, followed by the UK with Revell-GB, and Revell-Germany (officially, Revell Plastics GmbH) shortly after that. 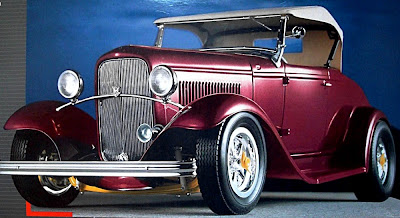 Revell and Monogram
Back in the USA, Revell joined forces with Monogram in 1986, though this was not, again contrary to urban myth, Revell taking over Monogram. In fact, both companies were acquired independently by a holding company, Odyssey Partners, of New York. If anything, you could more correctly maintain that Monogram took over Revell, as it was Revell that moved from its long-time California base to go into Monogram’s far newer factory in Morton Grove, a suburb of Chicago. Part of the original Revell premises at 4223, Glencoe Avenue, Venice, California (above). All signs of Revell are now long gone but this picture, taken in 2004, shows what were apparently sections of the manufacturing facilities. The pix of the Monogram plant (below) were taken in the mid-1970s (aerial view) and 2001 (car park). This was in Morton Grove, near Chicago, where Revell moved from California. The area was flattened a few years ago, and is now a condo site. 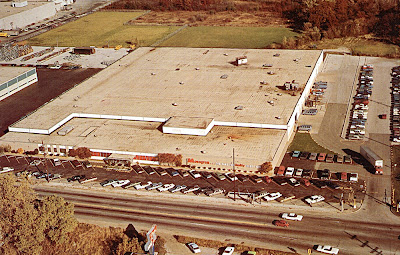 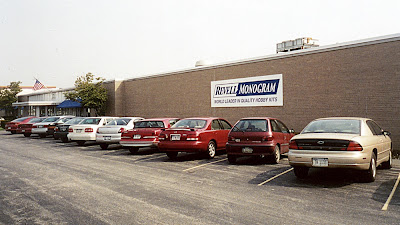 International tie-ups
After going through a few more ownership changes, Revell-Monogram was acquired by Hobbico in 2007, but Revell-Germany was not part of the deal. Instead, it ran as a ‘management buyout’, which meant it was a separate company. Yes, there were still tie-ups with Revell-Monogram, but these were similar to agreements with companies such as Italeri or Hasegawa, involving tooling swaps and joint projects. Revell-Monogram still devoted a section of its catalogue to German output, and showed displays of the products. It was less so vice versa, as Revell-Monogram products were usually re-boxed in Euro-packaging.

Most recent base
Frontage (below) of the most recent home of Revell-Monogram, Elk Grove, west of Chicago. 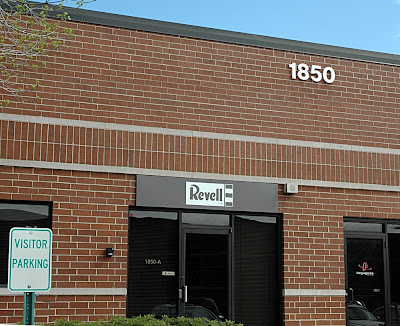 Into the future?
What can we expect from the ‘new-old’ Revell? In practical terms, there won’t be too many changes so far as modelmakers are concerned. However, there may be better availability of products around the world, which can’t be a bad thing. So, all in all, this looks like good news for scale model fans. 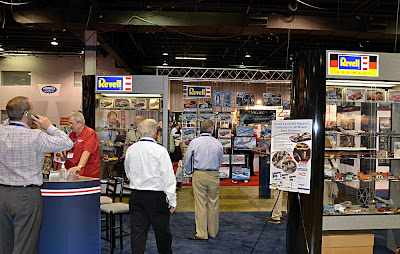 Revell-Monogram’s booth (above) at the 2011 iHobby Expo Show, Chicago. Revell-Germany booth (below) at the 2012 London Toy Fair. 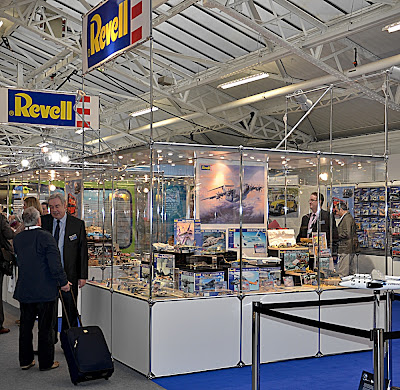 Zillions of Revell kits to choose from here.