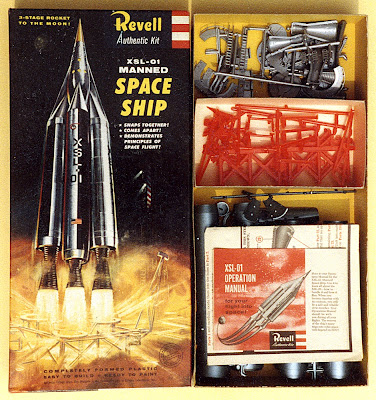 SMN Weekender from Mat Irvine:
The recent release of the 1:72 scale Fantastic Plastics XSL-01 in resin gives me the opportunity to look back at the kit that started it all - the 1:96 scale XSL-01 from Revell, and its designer, Ellwyn E. Angle. 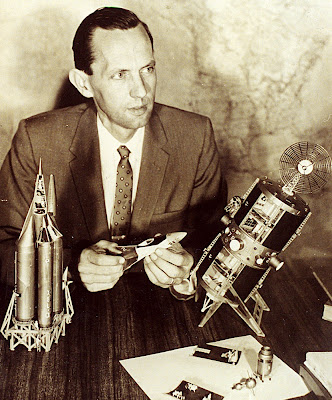 Ellwyn Angle around 1959-60 with both his Revell creations. The sketch below was produced by him for the Lunar Probe Vehicle. 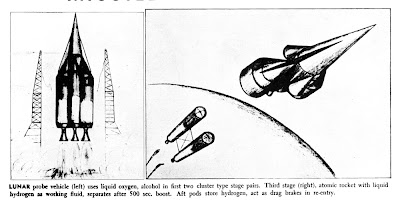 Interplanetary travel
Ellwyn E. Angle was a rocket engineer who, in the 1940s and 1950s, worked on various advanced projects in the US, including the Bell X-1 and X-5. In 1956, aged around 35, he moved to a new company in Sherman Oaks in California, north of Los Angeles. This outfit - Systems Laboratories Corporation (SLC) - was set up to explore what were termed: 'preliminary designs of basic studies for interplanetary travel'. However, the CEO and co-founder of SLC, John Barnes, also knew the head of Public Relations at Revell Inc, then based in Venice, California, only 26 km (16 miles) away. 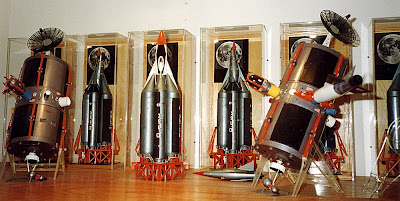 XSL-01 and Space Station collection at the Angle household.

Three-stage design
Revell’s founder, Lew Glazer, was always exploring the educational aspects of model kits, and was looking to enter the 'space age', then an exciting new frontier. So the suggestion from SLC, that it could look at one of its current spacecraft designs to form the basis of a Revell model kit, was accepted eagerly. 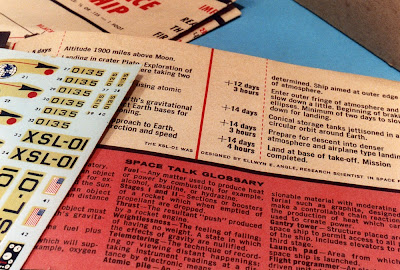 The included booklet was written by Ellwyn, explaining the design and operation of the XSL-01. Educational aspects were common for kits of the time.

The present-day Fantastic Plastics kit provides a launch pad, but it isn’t as comprehensive as the original Revell item shown below. 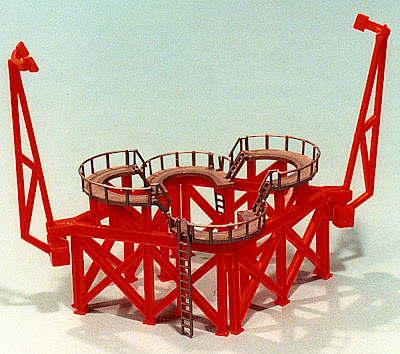 Enter the designer
Which is where Ellwyn E. Angle comes into the story, for he was the SLC person given the Revell job, and he came up with a ‘Lunar Probe Vehicle’. It had cluster-type first and second stages, with an atomic-powered winged third stage - a classic ‘spaceship’ - sitting on top. Ironically, SLC, with all its futuristic ideas, only lasted 18 months before being taken over by one of the larger aerospace companies, but Ellwyn hadn’t yet finished the Revell design when that happened. So he completed the project at home in Santa Monica, though by now he had renamed it the ‘Experimental Space Laboratory Number One’ - or XSL-01. 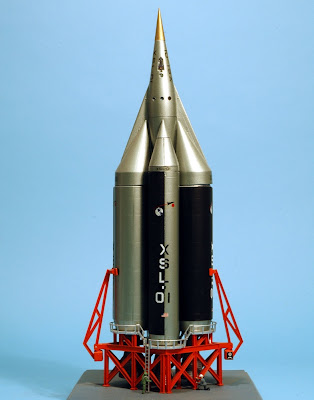 Best-seller
The rest, as they say, is history. When issued in 1957, the XSL-01 became one of Revell’s best-selling kits, so much so, that a year later Revell asked Ellwyn for a second kit, this time for a space station. Working on his own this time, he came up with what was for the period an extremely advanced type of space station, a cylindrical design more akin to current trends with the modules on the International Space Station (ISS), than the archetypal wheel-shaped space stations popular in the 1950s. Loaded with even more detail than the XSL-01, including a full interior, it seemed a no-brainer as a hot-seller for Revell, but oddly this wasn’t the case. 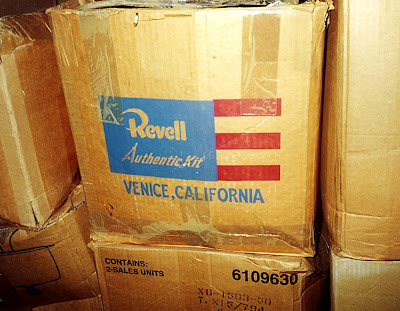 Contemporary packaging remained in the Angle household for several decades.

Hitting the price barrier
Possibly the price hike didn’t help. The XSL-01 was $1.98, itself quite expensive at a time when most kits were under a dollar. But the new Space Station was more than twice the price, $4.98 being a great deal of money at the time. Maybe the prosaic ‘Space Station’ name didn’t help either, as XSL-01 sounded much more technical and gee-whiz. It was also reported that Revell sales teams didn’t like the Station, dismissing it as a ‘coffee can.’ But whatever the reason, it didn’t sell at all well, so there were no more Ellwyn E. Angle designs from Revell. Even so, these two have become among the most revered construction kits ever made. 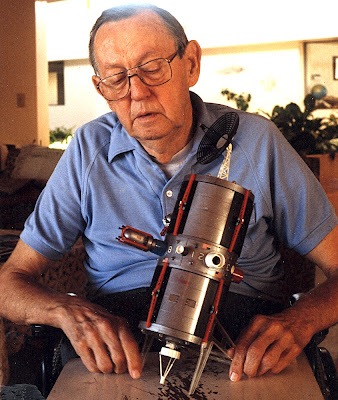 Ellwyn Angle in 1999, with one of his two Space Station models.

Meeting the designer
Fortunately, I was able to meet Ellwyn many years later, in 1999. He was great fun, and a delight to speak with and go over all these old memories. He was surprised and pleased to find that people still remembered the models he’d created, almost half a century before. Sadly, Ellwyn died in 2003, aged 82. For full details, go to my website, link below.

Thanks to Ron Miller for his initial help in locating Ellwyn, and to the Angle family for the hospitality they showed me over several visits, and supplying various pictures. 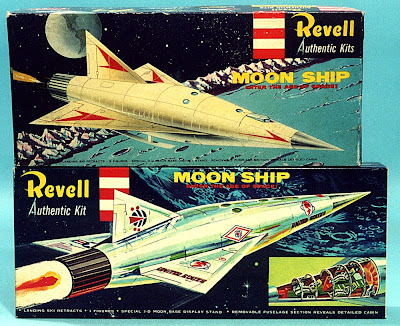 Third-stage kit
The XSL-01 third stage was issued by itself as the Moonship. It was the only kit in the early Revell rockets, missiles and spacecraft that had a different issue for the American Revell Inc (lower box above) and Revell GB markets (upper). As well as the box art, the decals were different, the assembled Moonship (below) is finished with Revell GB markings. 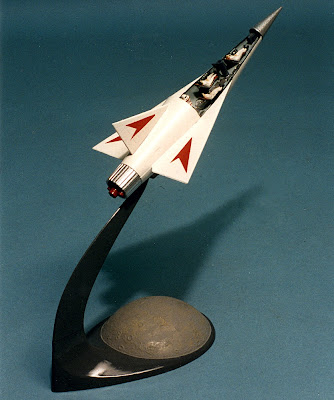