100 YEARS OF THE ROYAL FLYING CORPS WITH WINGNUT WINGS 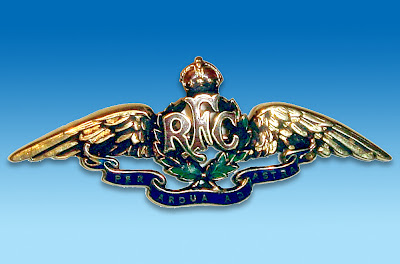 SMN report:
In 1912, war clouds were gathering over Europe, and leading the charge for command of the air was the British RFC (Royal Flying Corps), set up on this day, 100 years ago. And suitably enough, the New Zealand-based model manufacturer Wingnut Wings has another 1:32 scale World War I aircraft kit for us, the biplane FE2b, as used by flight crews of the RFC. 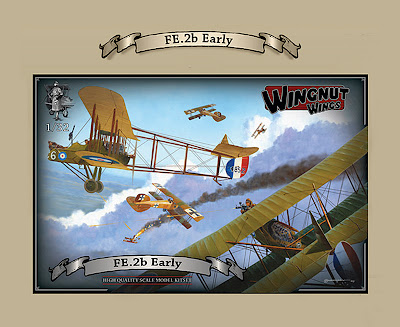 What’s in the box?
The Wingnut Wings ‘early’ FE2b has a set of high quality decals, produced by the excellent specialist Italian Cartograf company. There are markings for no less than five different aircraft, so you’ve plenty of choice. Assembling the machine will involve putting together 366 injection-moulded plastic components, surely a record for an aircraft of this type. 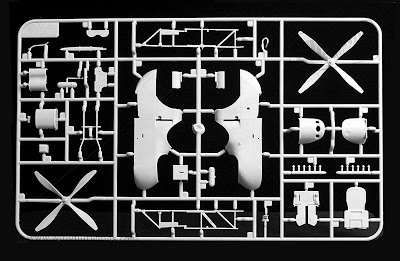 Details, details...
In addition to all those parts, there are a dozen photo-etch detail components, and the Beardmore engine alone requires 32 pieces to put together. It looks utterly convincing when assembled, so top marks here to Wingnut Wings. Other highlights of the FE2b kit include optional landing gear choices, and well sculpted details that include a wireless, a camera, bombs and guns. Rigging is something of a Wingnut specialty, and finely-scaled rib tape detail and rigging diagrams are included. 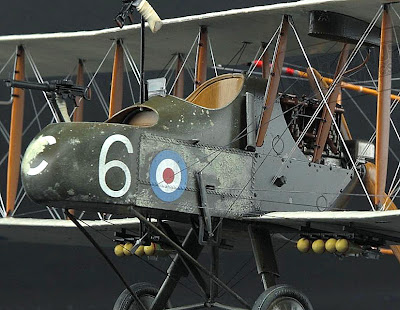 Mega brochure
A word about Wingnut’s instruction book, which would count as a weighty tome if printed between hard covers. After the obligatory “choking hazard” safety warning, it goes on with dozens of pages of detailed instructions, backed up by background information, pictures, photographs, diagrams, and much more besides. Excellent stuff, Wingnut, and a note to Airfix and Revell - have a look at this and eat your hearts out. Or... get going and try to do one better! 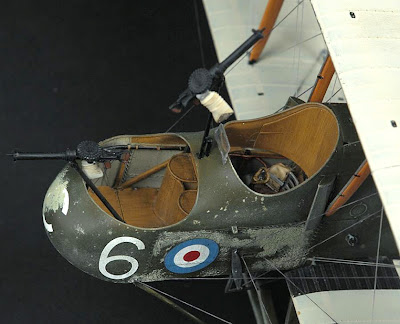 About the real thing
The RAF FE2b (Royal Aircraft Factory Farman Experimental 2b) was a revised version of the FE2a, which first flew in January 1915. Like other Royal Aircraft Factory designs, the FE2a made good use of available components from earlier designs, helping to speed a new aircraft from drawing board to squadron service. This might be a matter of weeks - a far cry from the decade-plus development times of today’s jet combat types. 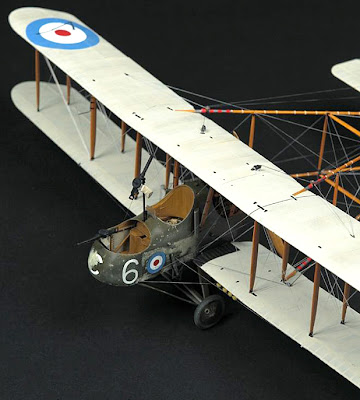 Good performer
Despite its ungainly appearance and fairly large size, the FE2b (often nicknamed simply as the ‘Fee’) was an effective two-seat fighter, recon, and light bomber that adapted well to the changing face of air combat. Arriving in late 1915 to front-line squadrons, the pusher-prop layout gave an FE2b’s observer-gunner a wide view and excellent field of fire. These allowed the FE2b - together with the de Havilland DH2 - to combat the ‘Fokker Scourge’ then ruling the skies over war-torn France. The FE2b went on to fly in other roles - escort, home defence, trainer - and as a night bomber, it continued on the offensive until the Armistice was declared on November 11, 1918 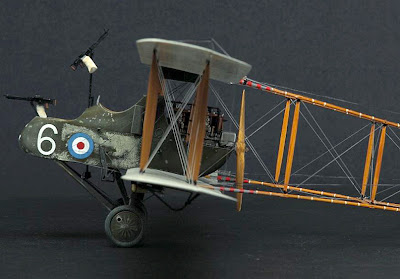 Much more on the Wingnut Wings FE2b here. 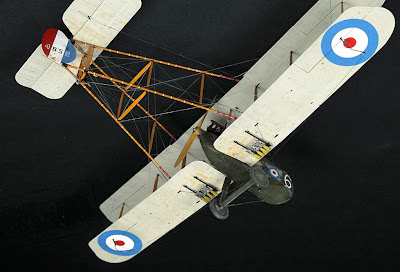 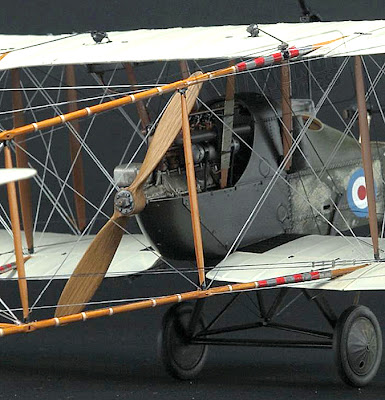 RFC recruiting poster (below) promised good pay and a requirement for "blacksmiths and coppersmiths..." 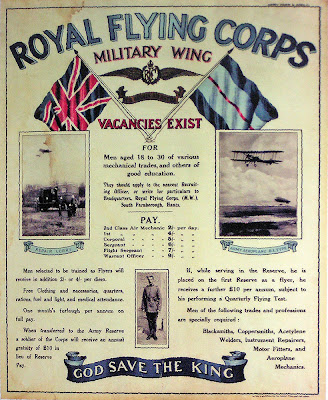