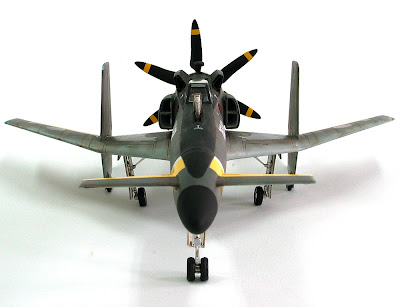 SMN report:
We’ve long had the popular modelmaking genre ‘Luftwaffe 1946’ catering for alternate-history buffs of European World War II-era warfare, but less well-known are alt-history scenarios for the Far East. So it’s all the more interesting to see this 1:48 scale Fine Molds kit, of a Japanese pusher-prop fighter. 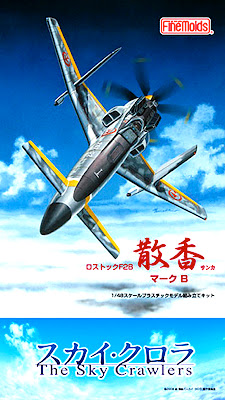 Dramatic box-art (above) from Fine Molds for the Sky Crawlers.

Canard-wing Shinden
The Fine Molds ‘Sky Crawler’ is a nifty-looking machine, based loosely on the layout and appearance of the Kyushu J7W1 Shinden, an unusual aircraft that first flew on August 3, 1945, shortly before Japan surrendered to the Allies. Whether it would have proved worthy of combat against Mustangs and Lightnings is debatable, but the planned jet-powered successor certainly could have been a deadly foe. Comparison between the two (Sky Crawler below) is interesting - scroll down to the bottom for various Shinden pix. 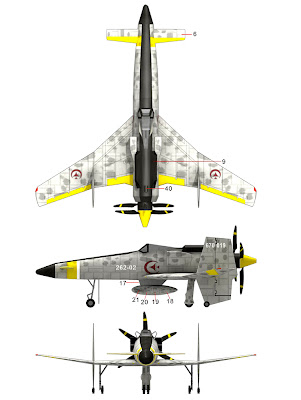 Push that prop!
The so-called Concept A kit has at least one unusual feature, the pair of contra-rotating propellers, which are fitted with a gear system. Gently turn on one prop, and the other turns in the opposite direction - neat. Like the Shinden, the Fine Molds model has small bumper wheels on the lower fin-tips, though its overall appearance has something of a droop-snoot, Pinocchio look. 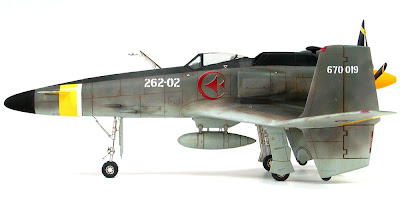 Nice details
Twin-nose wheels are included, as is crisply-moulded panel work - well done FM. Decals represent the fictional aircraft well, and extend to a set of finely-printed individual propeller-blade technical markings. Ahead of the flat-pane windscreen is a pop-up air-air refuelling probe. Such things didn’t exist in the 1940s, but we don’t mind - in the context of alt-history, it’s a neat addition that adds visual interest to the finished model. 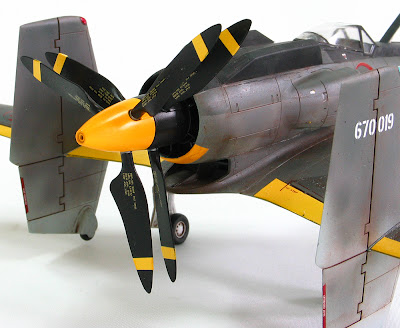 About Sky Crawlers
Sky Crawlers started off as a series of Japanese novels, conceived and written by Hiroshi Mori. First published in June 2001 and spanning five books, Sky Crawlers tracks a group of young fighter pilots, against an alt-history backdrop - the world is at peace, though big corporations can’t cope with that, and have created Combat Leagues, set up to fight battles, as there’s money to be made from warfare. Stars of the show are the genetically-engineered ‘kildren’, raised only for combat in this endless pseudo-war.

Air fleet flies to battle in Sky Crawlers (above). CGI (below) shows detail in the Fine Molds cockpit area. 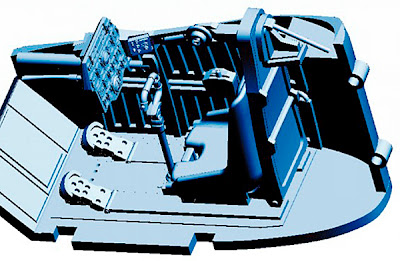 Multimedia enterprise
In Japan, Sky Crawlers is big - apart from books and manga, the concept has been ported across to movies and video games. If you have a Wii in the house, try Sky Crawlers: Innocent Aces. It has had some decent 8/10 reviews. 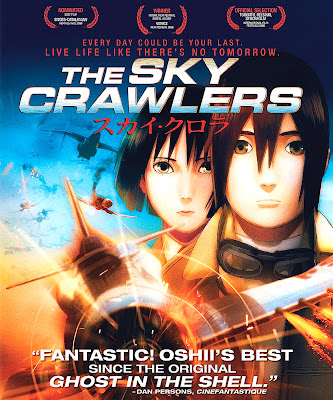 Blu-Ray DVD release of the movie (above) with a screen shot of the video game (below). 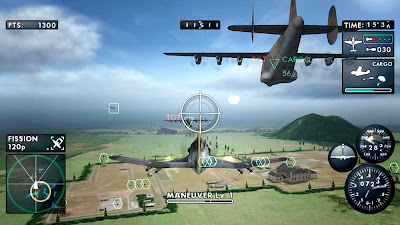 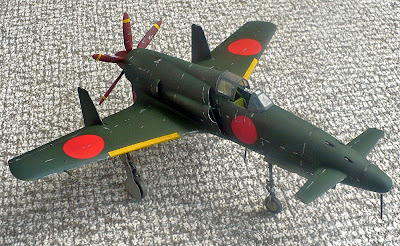 Neatly built Hasegawa model (above) and cgi multi-views of the aircraft (below.) 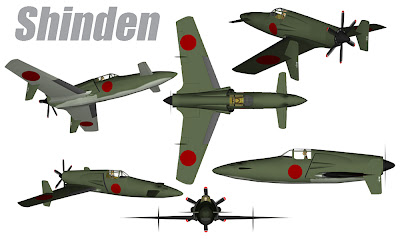