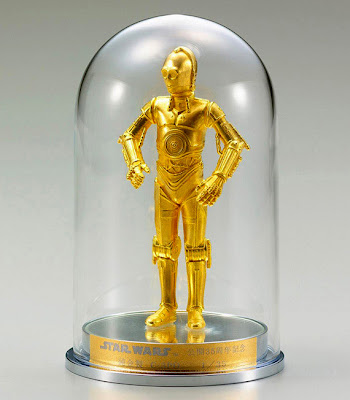 SMN report:
Coming up soon is the 35th anniversary of Star Wars Episiode IV: A New Hope, the first movie in the epic science-fiction movie saga, first shown on May 25, 1977. We’ve been fans ever since experiencing that mighty roar of an Imperial Star Destroyer sliding down the screen after the text-crawl intro, one of the best movie-openers ever made. Now here’s your chance to buy a bit of history, in the form of precious-metal miniatures of the famed robotic pair, 3PO and R2D2. 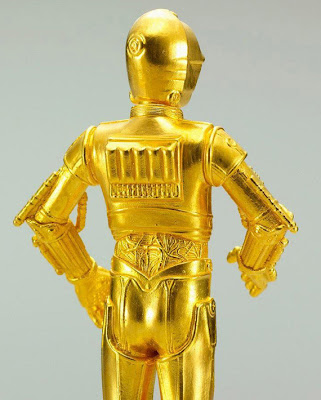 Droids ahead
Over the years there have been hundreds (if not thousands) or kits and collectibles, toys and trivia, all celebrating the famed science-fiction series. And two of the best-known names from Star Wars are the the two robots or droids: the tall, golden C3PO and the tubby little R2D2. 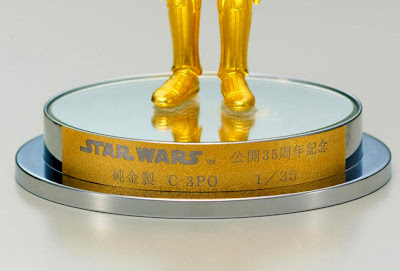 Display dome
The movie’s maker, Lucasfilms, has licensed the collectible to end all collectibles - a pair of 1:35 scale miniature droids, one coated in gold, the other silver. And each is placed inside its own glass display dome, for an excellent dust-proof presentation. 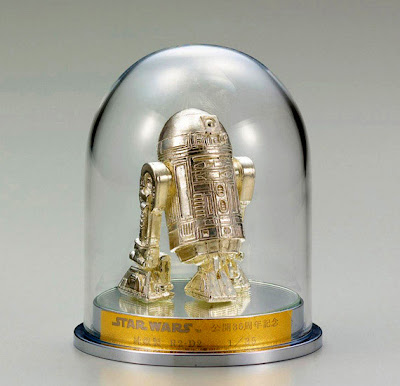 Summation
These look a terrific little pair of collectibles, and we love the military model scale, but the price means they won’t arrive for decoration-duty in SMN Towers. A pity - still, at least we’ve left the way open for a hard-core Star Wars fan who wants to complete a collection.

There’s more
SMN is a screen-only read, yet the desktop computer itself dates back only to that first Star Wars year, for the Apple II and Commodore PET computers (below) were both launched in 1977. They were state of the art machines, yet had small mono screens and no mouse, for the plastic rodent wasn’t yet a part of the mainstream computing landscape. 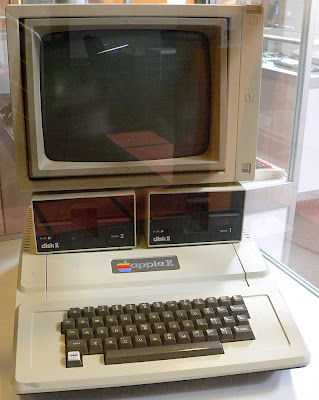 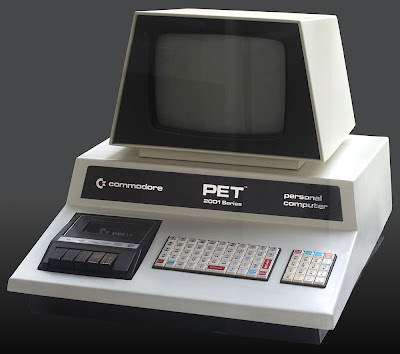