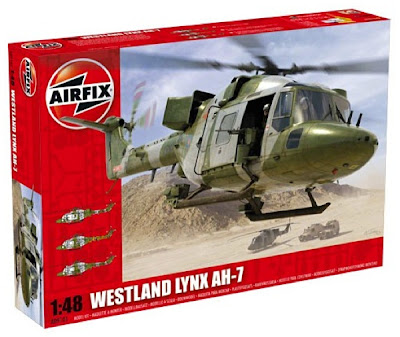 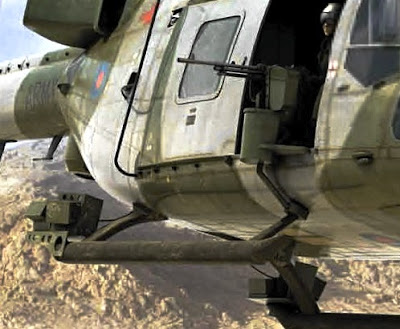 Useful load carrier
The Lynx family has proved a valuable asset to dozens of air arms, and the skid-equipped Lynx AH.7 is no exception - the helo can carry combat troops and cargo internally, and larger loads including Land Rovers or field guns slung underneath.

What’s in the box?
The 1:48 scale kit contains 233 components, so there’s a fair amount of assembly to get through. The detail work looks good, especially those all-important paddle-tipped rotor blades, a key component in producing the Lynx’s excellent performance - the type still holds the world air speed record for rotorcraft. Length of the model when assembled is 316 mm (12.4 in), while stated ‘width’ (for which read rotor diameter) is 265 mm (10.4 in). So at 1:48 scale, even this relatively small helicopter assembles to make a fair-sized model. 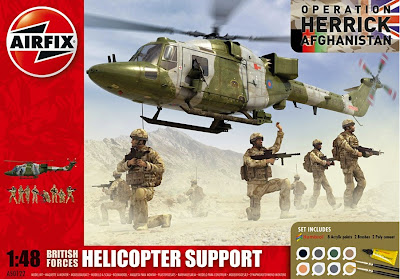 Family of Airfix Lynx kits
Airfix has been keen to create a group of kits to match the real-world helicopters, so the AH.7 is paired with the Lynx HMA.8, Mk.88A, and Mk.90B. Even better, the choppers are due for release in hugely useful gift packs. 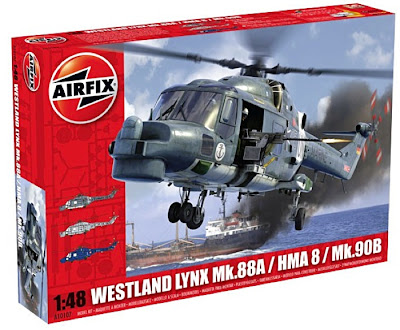 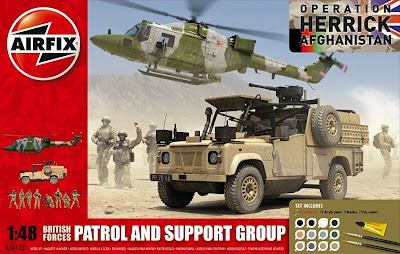 Gift sets
The Operation Herrick Support Gift Set has a group of eight British Army soldiers included, making a very useful asset for diorama makers. The Patrol and Support Group Gift Set goes one better and adds a Land Rover, a great little model in its own right.

Both sets include a dozen paint potettes, a pair of brushes and tube of cement. 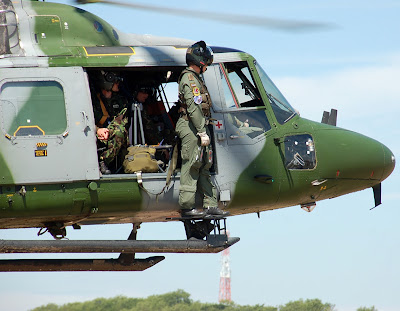 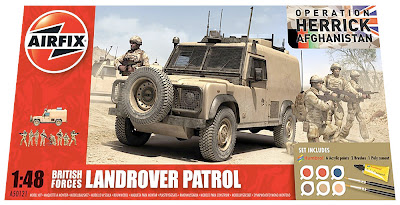