TITANIC HIT THE ICEBERG 100 YEARS AGO 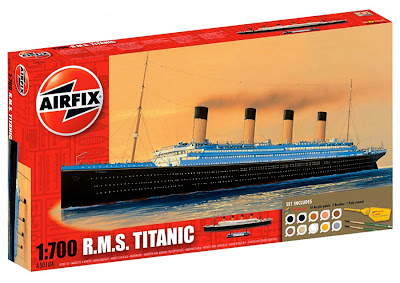 SMN report:
Yesterday marked the centenary of the infamous sinking of the White Star liner Titanic, after colliding with an iceberg on her maiden transatlantic voyage. And to mark the 100th anniversary, Airfix has a pair of Titanic models to build, in two scales.

Little and large
The smaller of the two Airfix RMS (Royal Mail Ship) Titanic models is to 1:700 scale, and has 141 components. As the ship is in a ‘Gift Set’, targeted primarily at younger modelmakers, you also get 12 pots of Humbrol paint, two paintbrushes, and a tube of cement. When assembled the kit measures 385 mm (15.2 in) long.

Extra paints
The larger Airfix Titanic is to 1:400 scale, and builds to an impressive length of some 670 mm (26.38 in) or more than two feet in Imperial measurement. Like the smaller kit, brushes, cement, and paints are included in the box. However, this larger kit has a trio of brushes and 20 pots of paint.

Airfix comment
Of the two ships, Darrell Burge, Airfix marketing manager, says: “The RMS Titanic sets are a fantastic way to own a piece of history, and we’re thrilled to be able to offer two beautiful replica models to be collected, built and painted.” 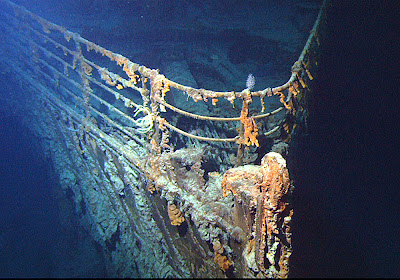 Interesting idea
Either kit will look good built as a stock shelf-display model. But what’s to stop you breaking with tradition and building a set-piece disaster model? There’s heaps of information available to help with a project such as this, so assembling enough reference shouldn’t be difficult. 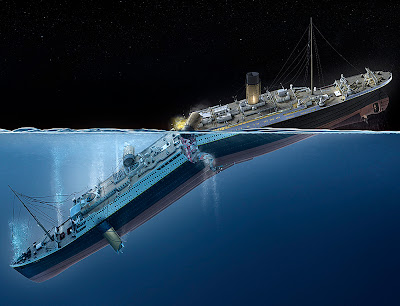 Going down
Perhaps the most spectacular display could be an aquarium-style model, featuring the doomed liner on her way to the bottom. Sydney-based digital artist Nick Kaloterakis worked with National Geographic on a project to visualise the last hours of the ship, and his website has some fine graphic interpretations of the event.

Or for a spot of fun, howzabout something like this Godzilla monster-bash?! 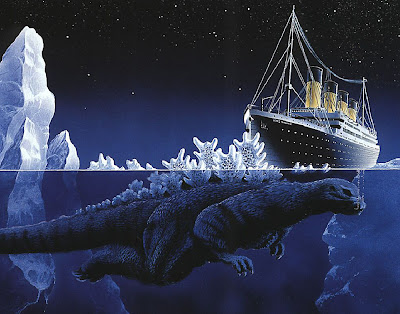 The Titanic Experience
A reminder that for Titanic enthusiasts, Belfast in Northern Ireland should now be top of the ‘must-visit’ charts. For the liner was built at the Harland and Wolff shipyards there, and the latest mega-museum is now open for business. 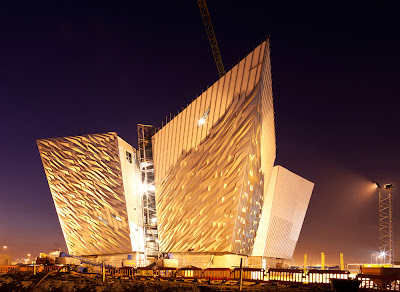 New museum in Belfast
The Titanic Quarter is ground zero for a massive regeneration project, where unused shipbuilding areas have been transformed with new developments. Spearheading the operation is the Titanic attraction, complete with its own spectacular building. Looks great, and if you needed a reason to visit Northern Ireland, this could be it.