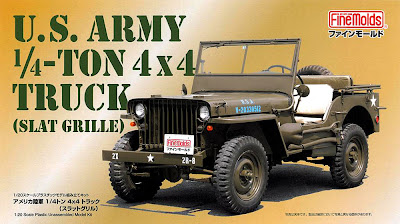 SMN REPORT:
Here’s a tasty variation in big 1:20 scale kits for military modellers - it’s a Fine Molds model of a quarter-ton US Army Jeep, the original 4x4 that was jack-of-all-trades for Allied forces in World War II. 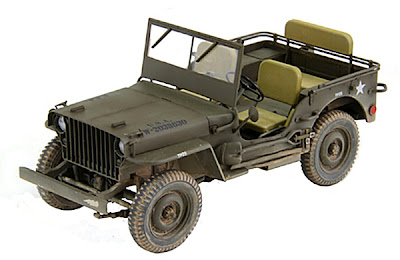 Fine Molds company Jeep
The Fine Molds kit represents the slatted grilled version, and indeed it’s based on the vehicle that bears the FM logo, as owned by the company. There are plenty of goodies included with this latest variation, including new tyres, clear components, and a nicely produced manual, with plenty of detail pix of the company vehicle. 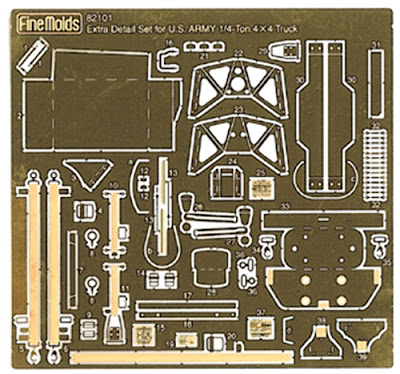 Detail-up set
That’s not all, as there’s a beautifully-produced metal-etch set available (at extra cost) for the Jeep - though really, anyone who is going to buy the 1:20 scale kit is almost certainly going to this set, so a pity that it’s an extra-cost item. Still, the separation of kit and photo-etch does at least allow the modelmaker to make a choice, so we won’t be too harsh on Fine Molds for this. 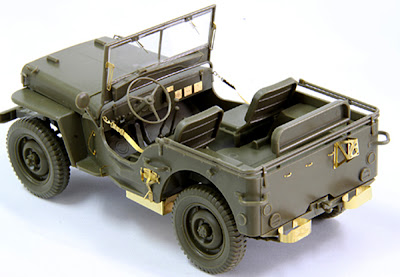 Plenty of parts
The Fine Molds Jeep has all the sort of stuff we’d expect - wipers, detailed suspension, shovel and pick axe, grab handles - you name it, the kit seems to have it. Markings are provided for three Jeeps, including US Army and Royal Air Force models. 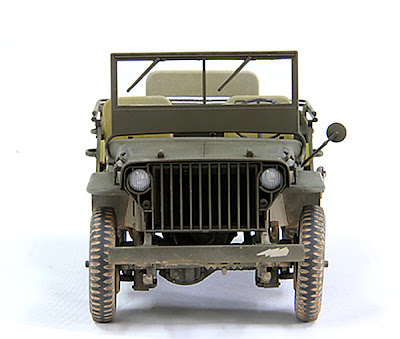 Will 1:20 become the new 1:32 scale?
Just one thing though - 1:20 is a slightly odd scale, as there’s not a lot out there to match it. Unless... what about a fantasy diorama, grouped with a bunch of Maschinen Krieger sci-fi troopers?! Maybe... maybe not! 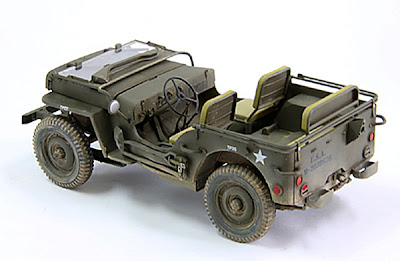 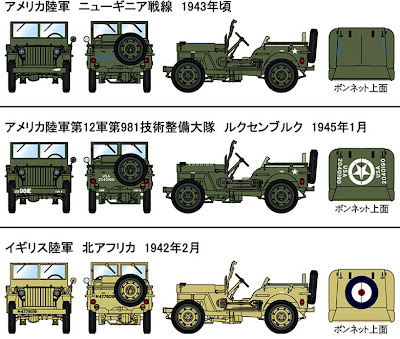