EVEN BIGGER BOMBER - 1:32 SCALE B-17 FLYING FORTRESS FROM HK MODELS 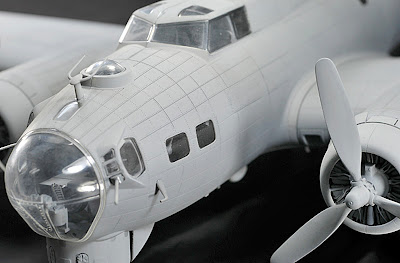 SMN Report:
We make no apologies for featuring another World War II bomber from Hong Kong Models - this one adds two more engines, and a lot more size, to represent the famed Boeing B-17 Flying Fortress. Manufactured to 1:32 scale, it’s a biggie all right. 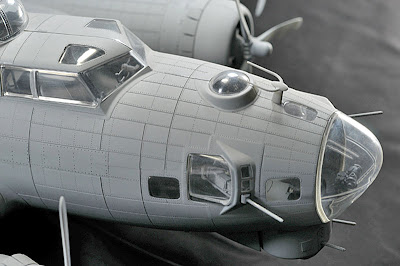 Coming soon
The HK Models Boeing B-17 is not available yet, and the pictures here show the assembled prototype, not an on-sale model. But we expect the big beast, which will be available to complete in either ‘F’ or ‘G’ version, sometime soon. When assembled, the Hong Kong Models B-17 will have a wingspan of some 788 mm (31 in) and a length of 988 mm (38.9 in). 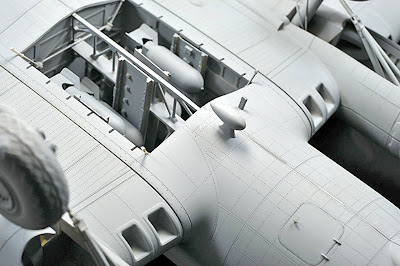 Legendary defences
The B-17's multi-gun capacity to repel fighter attacks, while flying on to inflict heavy damage to enemy targets was legendary, making its title ‘Flying Fortress’ a well-earned label. This Flying Fort cartoon was painted in 1944, by Lt Col Ross Greening, while a prisoner of war in Germany at Stalag Luft 1. The splendid drawing was published later in his book Not As Briefed. 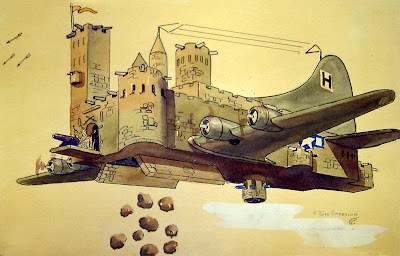 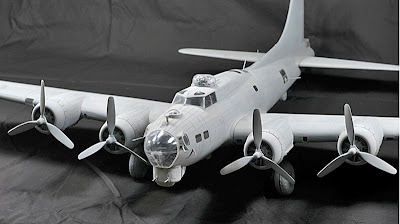 Still in the planning stages
HK are really going for it with new and planned kits. There are two more B-25 Mitchells nearly ready, a B-25J ‘strafer’ version, and a B-25H ‘gunship’. Further down the line there’ll be a British Gloster Meteor, famed for being the first Allied jet to see operational service, and a speed record holder at various times, too. We’ll be expecting all sorts of interesting versions of this machine.

Avro Lancaster ahead
The Avro Lancaster is also in the planning stages. This British equivalent to the B-17 actually toted a far heavier warload, and became a household name for carrying out ‘Dambuster’ raids and ‘Grand Slam’ bombs. HK Models, we hope you’re listening - do make sure the fuselage sides of your Lanc are correct. Appearance to the contrary, the sides are not quite parallel vertically - they bulge very slightly toward the bottom. As planned, the HK Models Avro Lancaster will have a wingspan of some 972 mm (38.3 in). 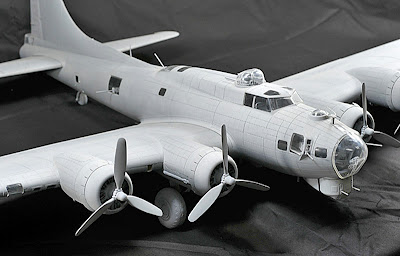 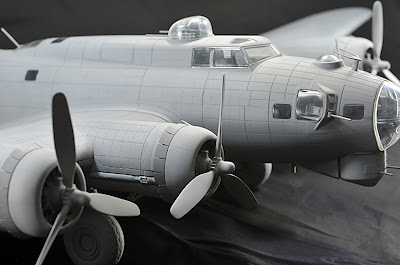 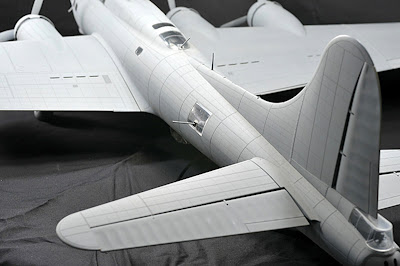 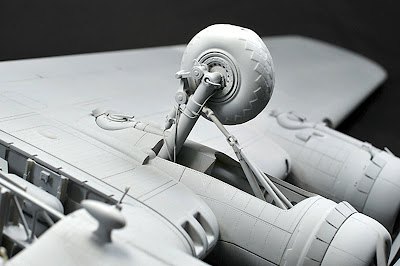