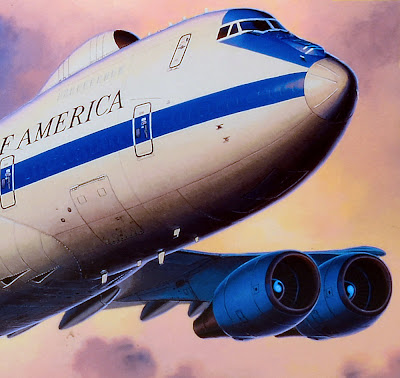 MAT IRVINE REPORTS
Perhaps not too surprisingly, the major cost of any model kit is in the tooling. So once the main mould has been made, companies want to get the most out of their investment by creating as many variations on a theme as possible. And so we see a new version of Revell’s venerable 1:144 scale Boeing 747 Jumbo Jet, this time as the E-4B Airborne Command Post.

Attack-proofing a jumbo
The E-4B is a military version of the civilian 747 airliner. It’s been in service since 1974, can be air-to-air refuelled, and is packed with electronics to shield against electromagnetic pulse, nuclear, and thermal attacks. And of course, the aircraft is loaded with advanced satellite communications equipment. 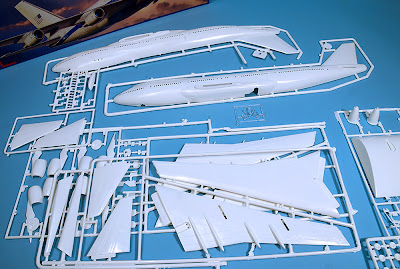 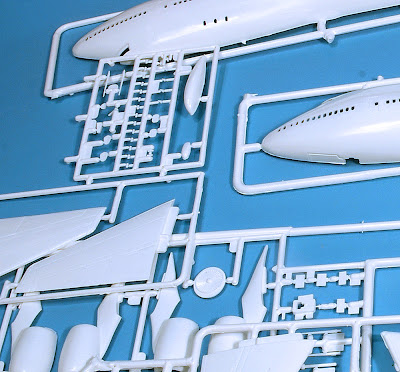 Extra part set
For this E-4B, Revell has taken its basic 70-part Boeing 747 kit, and tooled up the necessary Airborne Command Post equipment on a new runner (above). This adds just over 30 new parts, mostly antennas and sensors, plus the large radome above the upper deck and nose refuelling hump. Which E-4B you choose to model is up to you - decals are supplied for all four of these distinctive aircraft. 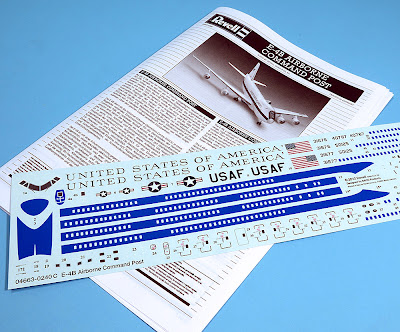 Window work
You can also choose whether to build a version with the original windows, or the later models with them painted over. Two E-4Bs had this work done in 2009, the remaining two in 2012. The procedure to do this in the kit is slightly convoluted however, as you get the sidestripes of USAF blue with windows - there is no clear ‘glass’ - instead the windows are simulated by the non-blue sections of decal film. 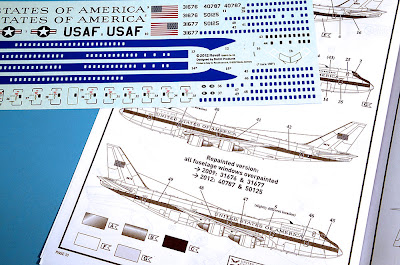 More and more
Or... for the painted-window scheme, you can liberally apply more decals. Here, the individual windows are supplied (above), in strips and individually. Yikes, that’s quite an alignment job. On reflection, it might have been better for Revell to have supplied a second set of sidestripes with the windows already filled in, but at least this way the original window outlines ought to show up. 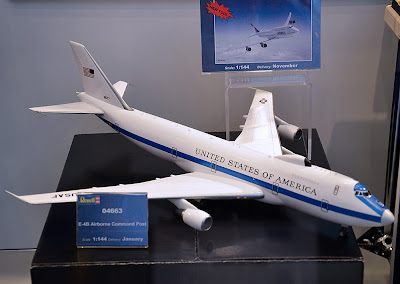 Big kit
Either way, it’s your choice, as is the actual aircraft modelled - and whichever finish you choose, the kit itself assembles to make an impressive and colourful aircraft model that measures some 485 mm (19.1 in) long.

And here's the real thing... 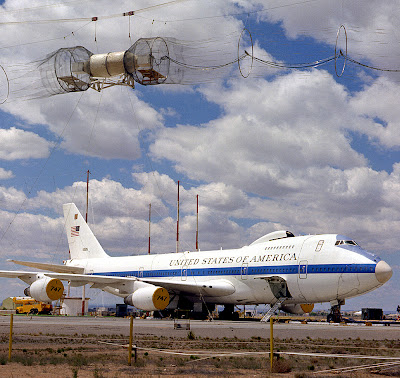