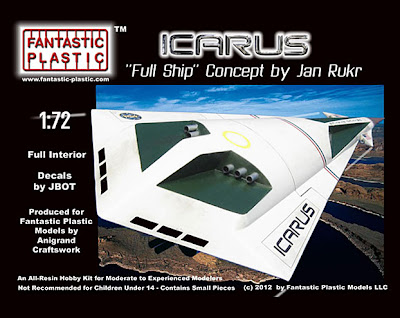 SMN REPORT:
It’s a science-fiction time at the moment, with the run-up to Wonderfest this coming weekend, and today we’ve got an elegant-looking fictional spacecraft, the Icarus from the classic 1968 sci-fi movie Planet of the Apes.

Rising above the water
Here’s what Fantastic Plastic has to say about the Icarus release: “The interstellar spaceship that brought Commander Taylor and his fellow astronauts to the fabled Planet of the Apes is seen only briefly - and partially - in the seminal 1968 classic of the same name. During the early ‘splashdown’ sequence, the spacecraft's nose rises dramatically above the lake waters into which it has crashed, clearly suggesting a much larger aft section hidden below the waterline.” 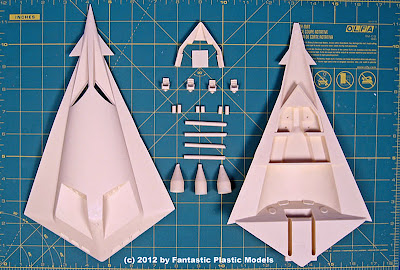 Neat assembly
The resulting Fantastic Plastic kit, patterned and cast by Anigrand Craftswork of Hong Kong, assembles to make a decent sized model some 292 mm (11.5 in) long, about the length of an A4 sheet of paper. It won’t be a long job, as there are less than two dozen components, and while an interior of sorts is provided, it’s a bit bare-bones, so there’s plenty of opportunity to add detail, not least an astronaut crew.

Missing concept
The Icarus as depicted in the movie and here is an elegant looking design, so who sketched it out? According to Fantastic Plastic: “One of the most elegant solutions to the ‘missing aft section’ question was posited by fan Jan Rukr in 2002. He extended the nose section’s lines, then cut the rear back in stepped angular configuration, reminiscent of the Lockheed 'Hopeless Diamond' stealth demonstrator aircraft. This aerodynamically credible airframe could have ridden atop (or in front of) a larger drive section, automatically separating before re-entry. Although just one of many Icarus concepts published in the last 20 years,  Rukr's solution remains a fan favorite and was thus chosen for kitting by Fantastic Plastic.” 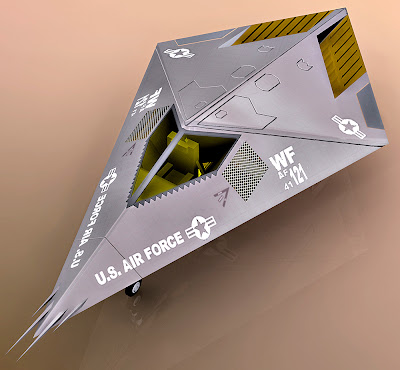 Rough diamond?
Incidentally, the name ‘Hopeless Diamond’ was an in-house Lockheed pun of the famed Hope Diamond, which was a similar shape. This terrific cgi render comes courtesy of ‘lippischh’ at The-Blueprints website, which is well worth a visit. There's more from Fantastic Plastic: “Although the exposed section of the Icarus (a name given to the unnamed spacecraft by film fan Michelle Evans in 1972) was later used as a stand-alone vehicle in subsequent ‘Apes’ movies (The 1970 sequel Beneath the Planet of the Apes inelegantly paired it with the Lost in Space Jupiter II landing gear), the ship's true configuration continued to be the subject of speculation for decades. 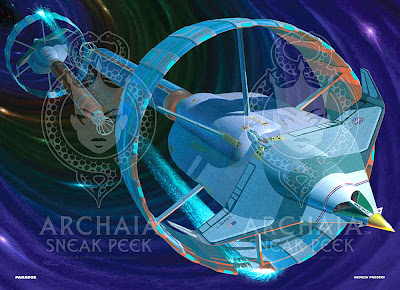 Booster for the bird
Lastly, what was the rest of the Icarus ship like? Well, there have been quite a few sketches depicting the streamlined bird sitting atop its booster stage. Here’s one, representing an advanced solution - nifty if unlikely in our opinion, but it would make an impressive kit-bash project, that’s for sure.

Summation
Interesting kit for sci-fi buffs, maybe an essential for the ‘Ape’ fan. Excellent 1:72 scale means it can sit next to a galaxy of relevant aircraft made to this standard format.