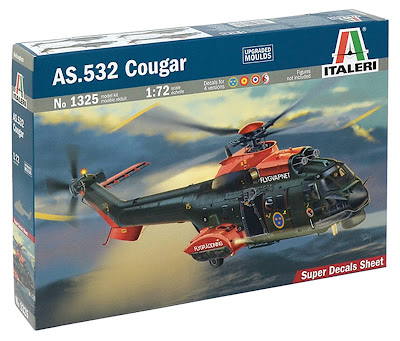 Italeri's 1:72 scale Eurocopter AS 532 Cougar helicopter kit has received an upgrade to the moulds, and a four-country super-decal sheet. This looks like a worthwhile job and the revamped kit should make a useful addition to the helo’s fan’s build-list. 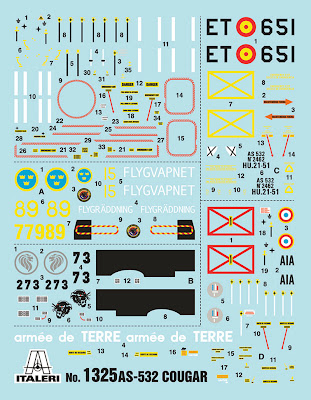 Wide range of markings
You now get decals for four air arms, those of Sweden, France, Spain, and Thailand. And if you want to add more you can, because the Cougar - an upgrade of the Puma - has been a big success around the world, with a user base totalling some 40-odd countries. 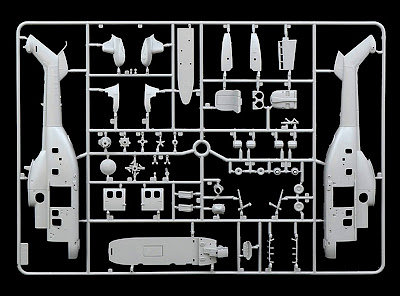 Moulding quality
Detail on this upgrade kit is really well done, though there’s always room for more, especially at the relatively small 1:72 scale. The pic of the Turkish machine (below), used for combat search-and-rescue, gives an idea of just how much fine detail there is on the full-size helicopter. It's worth pointing out that there are no crew figures supplied, so if you like humans aboard your helicopters, you will have to supply your own. When assembled, the kit has a main rotor diameter of 226 mm (8.9 in) 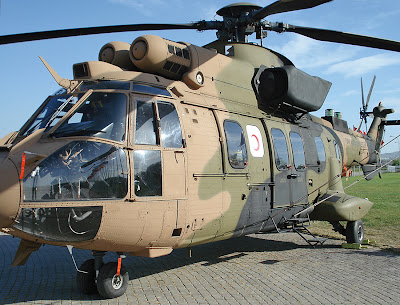 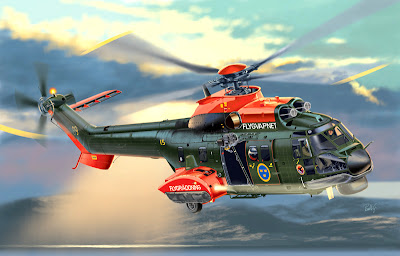 Summation
An upgrade that’s worth having for helicopter fans. The Cougar will be in stores soon, meantime there are more Italeri helicopter kits, including our favourites, the massive Sikorsky MH-53 Pave Low III and ‘Night Raid’ edition of the MH-60 Black Hawk. See them all here. 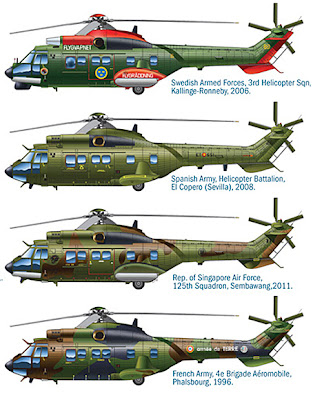 Four service markings supplied in the kit (above) and one of the many options (below), an AS 532 in Bulgarian service. 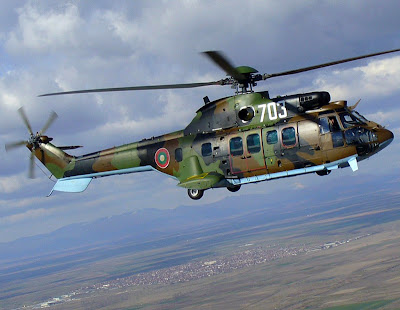