SMN REPORT:
The WonderFest Hobby Expo is a weekend-long feast of science-fiction, horror, and fantasy modelling that’s held every summer in Louisville, Kentucky. This year, there’ll be a star-packed lineup of movie special effects guests, and a mega-size model contest for sci-fi, horror, and comics-related subjects. Model and toy dealers will be there, as will seminars to entertain and improve sci-fi hobbyists of all ages.


Huge range of models, collectibles and events
There’s more - WonderFest features the how-to University, plus after-hours parties and get-togethers. There will be modelling demos, even a cinema. And of course, there’ll be plenty of collectibles from around the globe to inspect and buy. All of which sounds ace to the SMN crew, and a top get-go if you’re free and available.

WonderFest - a growth story
WonderFest began as a modelling swap meet in August of 1990, called simply: 'The Louisville Plastic Kit and Toy Show.' The show was renamed WonderFest in 1992, and has been an ever-growing annual fixture since, with its model competition now the biggest of its kind in the world. A further part of the WonderFest draw is the guest list - famous faces who appear at the show.

Hot 2012 guest lineup
The guests will give you a chance to meet the creative talents behind your fave movies, TV shows, books and comics. They’ll be giving talks and discussions, and for collectors, there will be scheduled autographing times. Here’s an alphabetical-order sprinkling of the talent on offer:

Joanna Cassidy - actress
Blade Runner star Joanna Cassidy appeared as Zhora, the beautiful and deadly replicant assassin from the groundbreaking sci-fi movie of 1982. It’s a role that’s made her a legend in genre film circles. 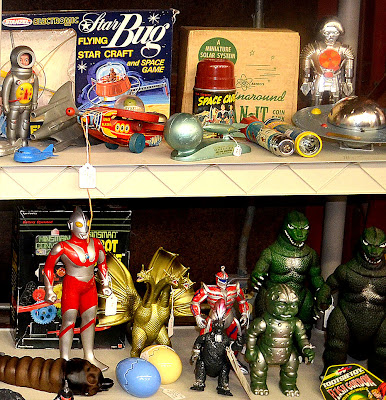 Who’s this? SMN’s own Mat Irvine!
The trainer and operator of K-9, Doctor Who’s original robot dog, will materialize at WonderFest, thanks to CultTVman’s Fantastic Modeling and Hobbyshop. Best known for his work on Doctor Who, for which he was a Visual Effects Designer, Mat worked in the BBC's VFX Department for more than 20 years, and contributed heavily to other classic British sci-fi shows, such as Blake's 7 and Edge of Darkness. 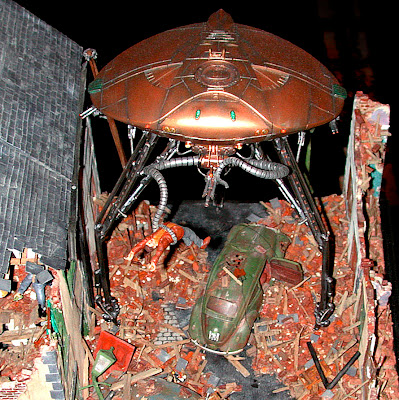 *** Upcoming - Mat’s Marvellous Model Museum book
Mat will also be trailing news of his in-the-works MMMM ebook, for online sale this summer. Keep an eye on this space for news and information on this exciting project - and if you’re at WonderFest, ask Mat for a signed MMMM mini-card! 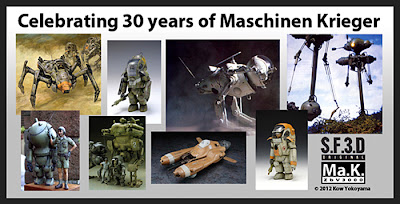 Bill Moseley - actor
If you like horror, here’s the star of such features as Texas Chainsaw Massacre 2, Army of Darkness, House of 1000 Corpses and many more. 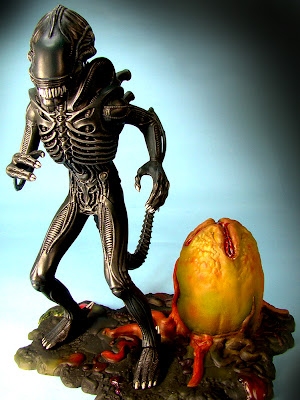 Giorgio A. Tsoukalos - alien expert
Star and Consulting Producer of 'Ancient Aliens - The Series' and publisher of Legendary Times Magazine, the only ancient astronaut publication in the world.

*** There's a glitch on the link below, so visit WonderFest here.

Summation - should you go? Absolutely - as the WonderFest organizers put it: “If you dream of collecting models and toys - or simply love the movies they’re based on - you’ll GO APE over WonderFest!