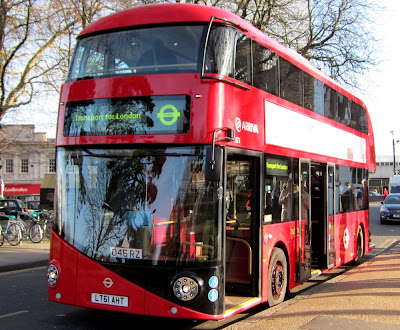 DAVID JEFFERIS REPORTS:
The SMN Crew had a trip to London yesterday, and apart from rides here and there on standard buses, we also saw one of the prototypes of Mayor Boris Johnson’s ‘Boris Bus’, and have to report it looks amazing in the metal.

Diecast Boris Bus
The 1:76 Corgi version (below) is nearly with us, so it's wait-n-see time for this one. Judging from this promo pic, it looks to be an excellent little model, and one we'll definitely have on display ASAP. 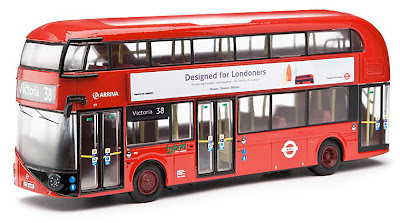 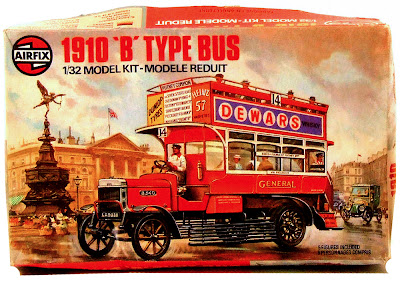 Airfix Old Bill bus
The Boris Bus is only the latest type of London bus of course, and was a reminder of the old Airfix 1:32 kit that came in both civilian 1910 B Type and military 1914 ‘Old Bill’ versions. The Old Bill (below) was used for troop carrying and as an ambulance to take war-wounded away from the Front, to field hospitals. Dating from the early 1960s, these kits come up regularly on auction sites and swapmeets, so it’s worth keeping an eye out, as they are both well worth a look. The kits include crew and passengers or troops, as relevant. Gorgeous stuff. 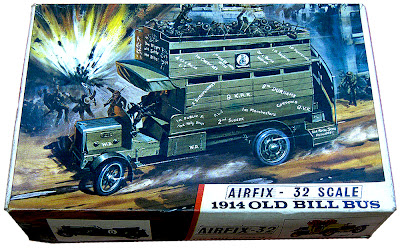 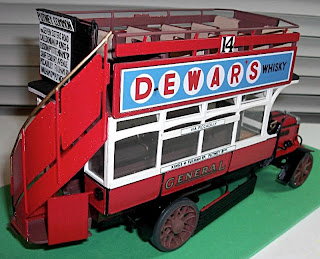 The Airfix B Type kit (above) assembles to make a fine model. The real thing out on the highway (below), with a last-generation classic double-decker behind. 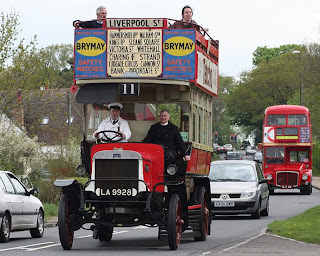 Collectibles site
The Little Wheels Museum site specializes in diecast collectibles, and it’s well worth a visit to see another B Type, the Matchbox diecast model, sold from 1956-61 (link at bottom). It’s a tiny little thing - Little Wheels Museum reckons it’s about 1:100 scale. Not a lot changed during the Matchbox B Type’s five-year production run, though the windows may differ between models. According to Little Wheels Museum: “...the row of small windows at the top of the lower deck side windows. There will be four per side or eight per side.” The four-window version is rarer than the eight-window type, so is worth more. 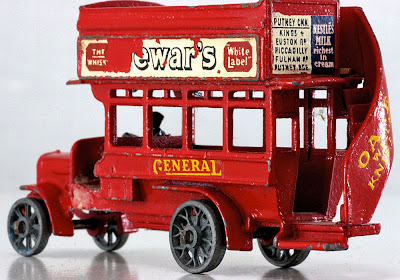 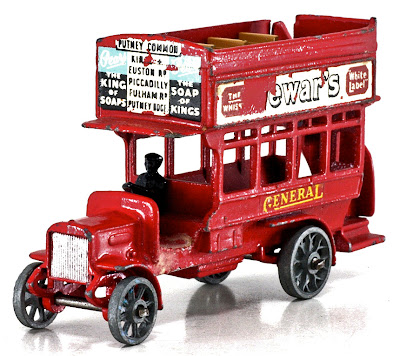 Routemaster from Revell
And don’t forget the 1:24 scale Revell Routemaster, definitely the best ‘big red bus’ kit on the market. According to Mat Irvine: “...there are a lot of parts, so much so that adding them all up is tricky, but it has to be approaching 400. Part numbering actually goes only to 272 - but you get two sets of four of the 16 runners, and identical parts (such as seats) share the same number - and remember this bus is a double-decker bus with seats for up to 70 people.” And the decal sheet: “...is enormous, and if you were worried about reproducing all those tartan-patterned seats so beloved by London Transport, these are supplied as decals.” As for the bus-side adverts, they include: “the British Museum, Jacob’s Cream Crackers and ‘The Rod Stewart Musical’.”