ONE WHEEL OR TWO? MEN IN BLACK MONOWHEEL vs. TAMIYA MONSTER YAMAHA 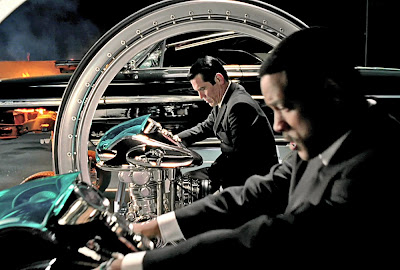 SMN REPORT:
Tech-freak film fans can go loopy over the ace monowheel motorbikes (above) ridden by Agents J and K in the latest 'Men in Black 3' sci-fi saga. The movie is terrific entertainment, and a real “Want one” from the SMN Crew for those monowheel bikes. Back in the real world, Tamiya has a Yamaha Monster model for you... 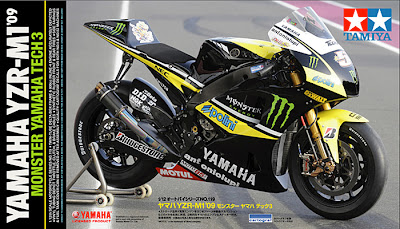 Monster sponsor
The kit is the Tamiya Yamaha YZR-M1, in presented the markings of chief sponsor, the Monster energy drink outfit, its logo a memorable glowing ‘M’. Great design, not so sure about the drink though. The Yamaha is a 1:12 scale kit, which assembles to a fair size, even for a relatively small subject like a motorcycle - length 172 mm (6.8 in), width across the handlebars 56 mm (2.2 in). 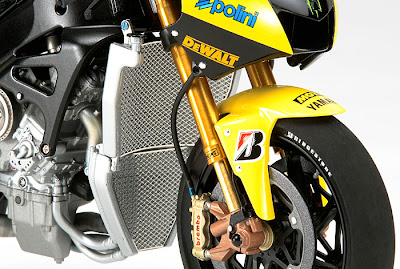 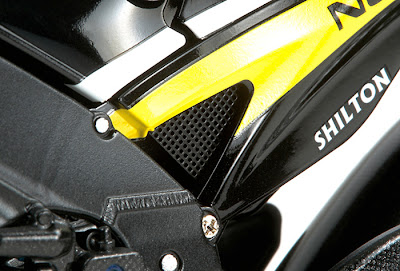 Packed with detail
It’s the 2009 season bike we have here, and Tamiya has excelled with fit and finish, the 800 cc engine, frame, and suspension all passing muster in the accuracy department. Tiny screws are supplied to allow removal of bodywork sections if you wish, while fine vinyl tubing is used for scale throttle, clutch, and brake cables. 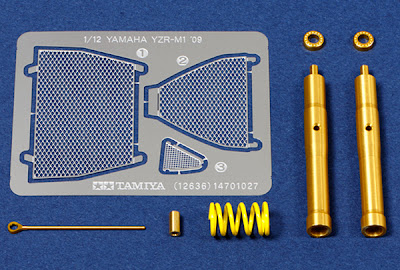 Photo-etch set
Finely printed decals have come from specialist supplier Cartograf, and there’s an available Tamiya super-detail set (above) to add even more realism - the turned front forks look particularly good. The tyres are synthetic rubber racing slicks, and just so the whole thing won’t fall over when it’s finished, Tamiya has added a wheeled support stand for the rear wheel. 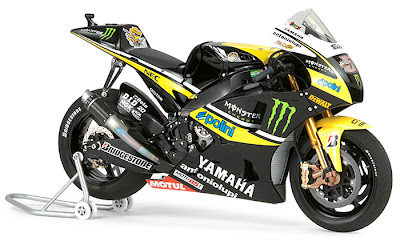 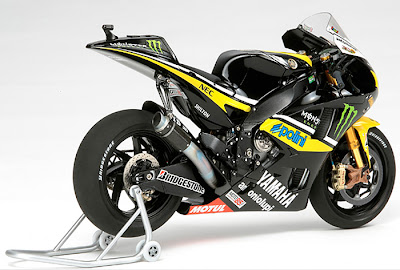 Waiting for mono
Would those MIB 3 monowheels work in real life? There have been various attempts at making such machines, and all have worked after a fashion - but we’re not laying a bet on it. Meantime, let’s hope that it’s only a matter of time before we see those MIB 3 monowheels in miniature form - first of all, almost certainly as toys, later perhaps we’ll get a fully accurized injection kit, perhaps from the likes of Moebius Models. Let’s hope so! 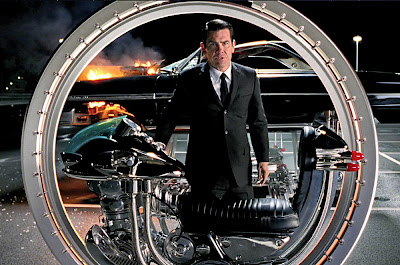 Mind your head wheel climbing aboard. 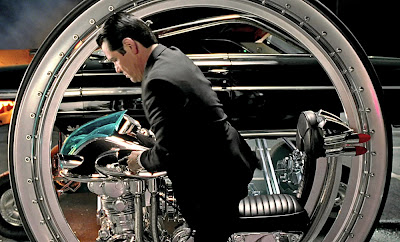 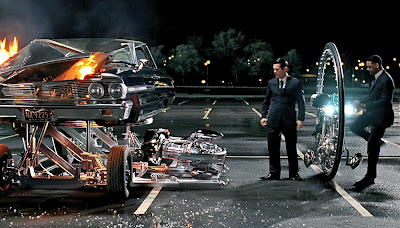 Like a Segway, the MIB 3 monowheel stays upright while parked. 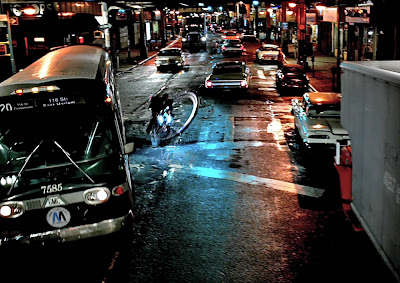 Alien monsters threaten the world. As portrayed, the Zeppelin-like creatures are somewhat bigger and blobbier than the Yamaha Monster! 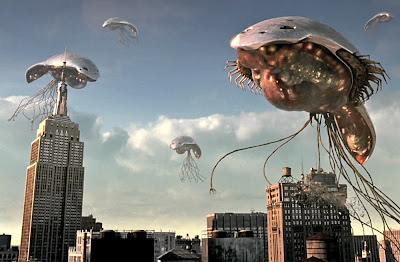 Men in Black 3 and other movie stuff here.