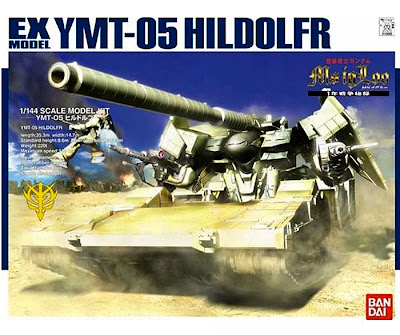 SMN REPORT:
Shizuoka is ground-zero for model robots and mecha of all kinds, and heading the charge from Bandai are Mobile Suit Gundam models and kits, based on a fictional universe that’s been popular since it first hit the stores in 1979. ‘Gunpla’ are Gundam Plastic models, and here’s an especially neat 1:144 scale sci-fi tank kit, the YMT-05 Hildolfr AFV, a deadly weapon named after a son of the Norse god, Odin. 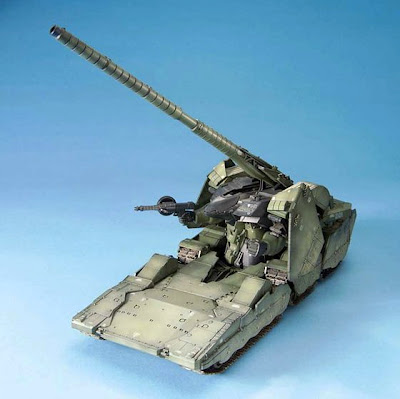 Gods of Scandinavia
The name Hildolfr means ‘war wolf’ and we calculate that he’s a brother to Thor, the hammer-wielding god currently wowing audiences worldwide in The Avengers movie. Unlike many Gunpla, and other transformer bots, the YMT-05 Hildolfr can change its shape only partially - you can raise and lower the mighty main gun of course, and the artillery turret too, which reveals mobile suit-style torso hardware and manipulator arms, but that’s about it. 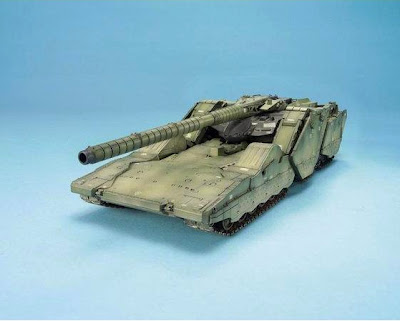 Mega-machine
No matter, the fusion-powered YMT-05 is a pretty convincing piece of fictional AFV design that would not look out of place next to current AFVs, though the relatively small scale militates against most diorama ideas. I:144 scale is a long way from military standard 1:35, or even 1:48, unfortunately. However, as created for Gundam, the YMT-05 measures some 35.3 m (116 ft) long, so you still get to complete a model some 245 mm (9.6 in) long and 102 mm (4 in) wide, which is plenty big enough for the average display shelf. 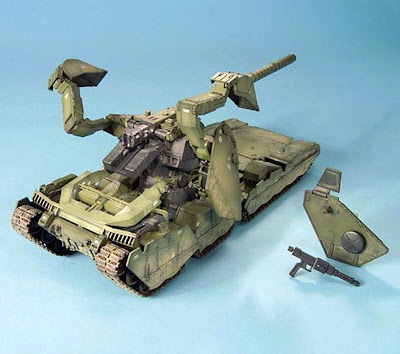 German rail gun
The Hildolfr could go convincingly next to at least one mighty AFV though, and that’s the Fujimi version of the World War II Dora rail gun. This was a monster weapon that didn’t see much use, but is crying out for a kitbash into a fantasy universe - a sort of steampunk-style sci-fi Luftwaffe 1946 'G-Version', perhaps. There have been several SMN articles on the Dora, starting here. 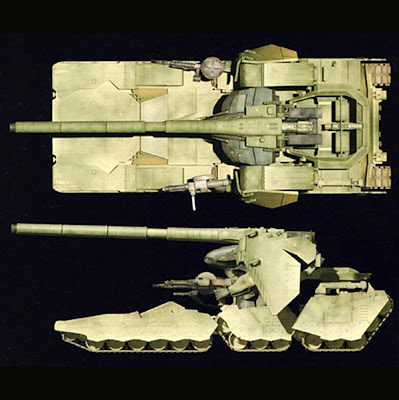 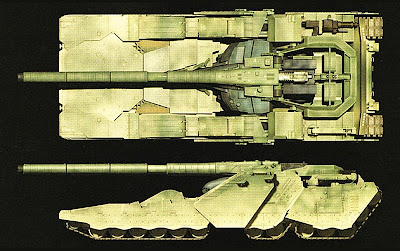 Summation
All in all, the Bandai YMT-05 Hildolfr is a fine 1:144 scale model for anyone who’s into robots and science-fiction, and especially Gunpla fans. And as Norse mythology fans, the SMN Crew thinks the name is a good one. 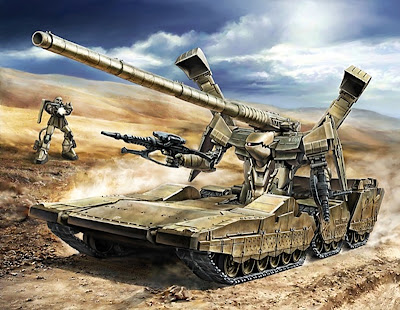