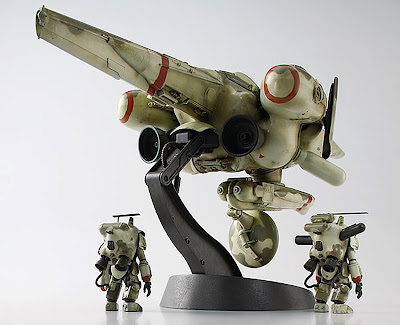 SMN report:
Researching the upcoming 51st Shizuoka Hobby Show means we’ve bumped into all sorts of good stuff, and that includes these ace shots of the Hasegawa 1:35 scale Lunadiver Stingray spacecraft, complete with a pair of space-combat troopers. 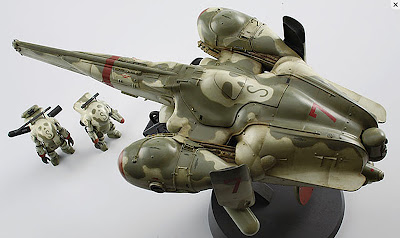 Moon attack trio
Lunadiver isn’t brand-new, but here you have a couple of same-scale combat troopers cocooned in their Fireball SG combat suits, plus the pilot sitting in the cockpit. 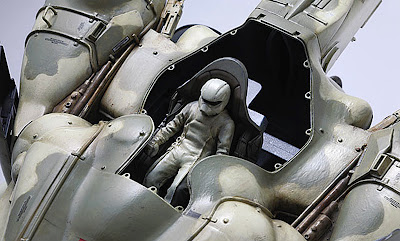 Movie postponed - for a short while
There’s also a brief cgi movie showing these sci-fi combat craft in action, but the oddities of this blogging platform mean that it’s gotta be processed separately - so we’ll hopefully be able to post that later this week. It’s short but really gives a feel for the backstory and ongoing warfare that’s the raison d'être of this futurespace Maschinen Krieger item. 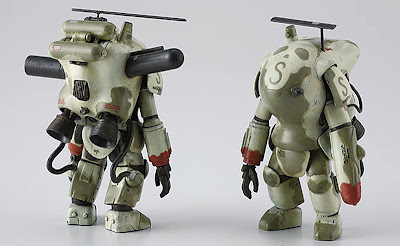 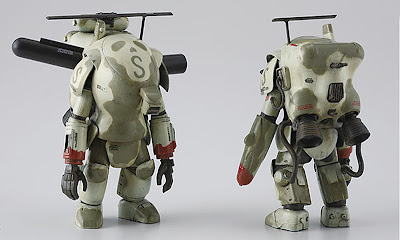 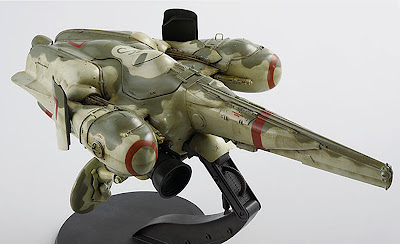 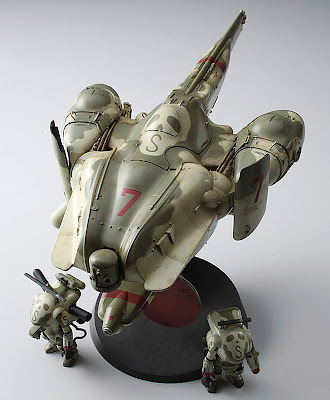