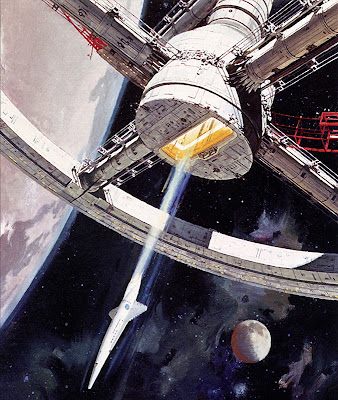 DAVID JEFFERIS REPORTS:
For my money, 2001: A Space Odyssey is one of the seminal science-fiction movies of all time, sharing the podium with the first Star Wars trilogy. Despite its fame, 2001 has not been kitted much over the years, so here’s an opportunity to catch up, with a twin-scale Space Wheel, from Fantastic Plastic. 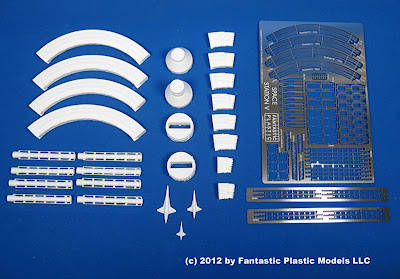 About the kit
The scale is an interesting one. In the words of Fantastic Plastic: “The size of the 'real' space station is under much dispute.  Sources close to the production insist was meant to be 1000 ft (305 m) in diameter.  However, director Stanley Kubrick ‘cheated’ by optically reducing the size of the approaching Orion III as it approached the station to enhance the drama, causing fans to recalculate the station's ‘actual’ size to twice that... or more. 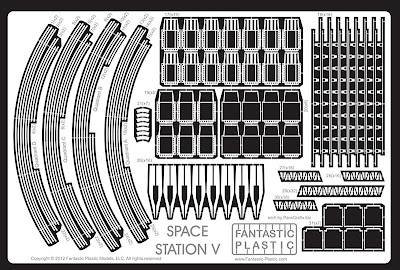 Orion shuttle choices
Fantastic Plastic adds: "To placate fans, we're including two Orion III miniatures along with the station - one in 1:1400 scale and one in 1:2800, so the resulting 8.6 in (218 mm) diameter model can be which ever scale you choose!” So there you go 2001 fans - the choice is yours, along tiny alternative Orion III space shuttles. 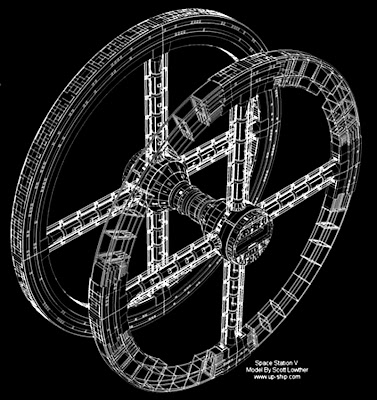 Plenty of parts
It’s not a kit for the beginner I reckon, as there are more than 200 resin and photo-etch parts to assemble, but take care and a decent model should result. When completed it just has to turn, so there’s a further opportunity to bring realism to the finished thing, an easy way being to simply to mount it on a turntable, using a length of steel or brass tubing. 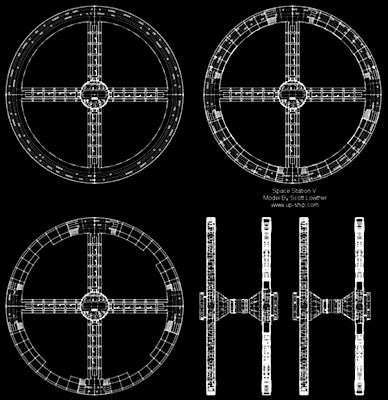 Summation
Fantastic Plastic’s Space Wheel is a salute to the movie-making achievements of Stanley Kubrick and to the late Sir Arthur C. Clarke who co-wrote the script. It was The Sentinel, his short story of 1948, that inspired 2001.

Get better, Allen
Fantastic Plastic’s leading light, Allen B. Ury, recently injured his arm, but he reckons things are looking up: “...thank you to everyone who has expressed good wishes concerned my recent arm injury. I visited my orthopedist yesterday. The X-rays were good, I have 85 percent range of motion and he expects all restrictions to be lifted within three weeks.” Good luck Allen, and keep those kits coming! 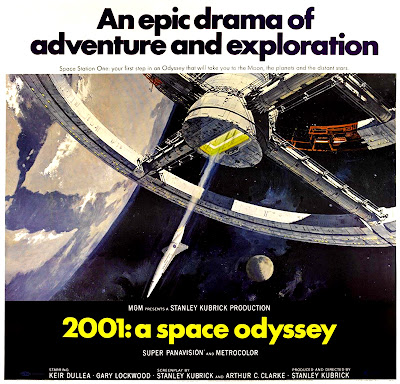 Original poster, showing the Orion III space shuttle departing the Space Wheel. Artwork was by the fabled illustrator Robert McCall, who worked on just about about every space-orientated project of the period.