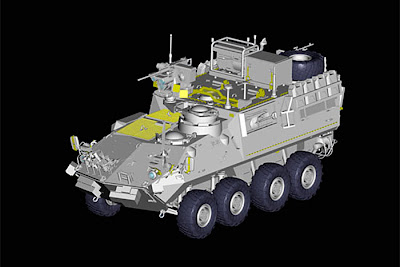 DAVID JEFFERIS REPORTS:
Trumpeter has gone from strength to strength in recent years, with a mass of kits in scales large and small. And here comes a wave of new releases from this Chinese manufacturer, starting with some unusual armour subjects. Leading the charge is Trumpeter’s take on the Australian Light Armoured Vehicle (ASLAV), a weapon system that’s seen service in East Timor, Iraq, and Afghanistan. The Trumpeter ASLAV III Personnel Carrier is to military kit-standard 1:35 scale. 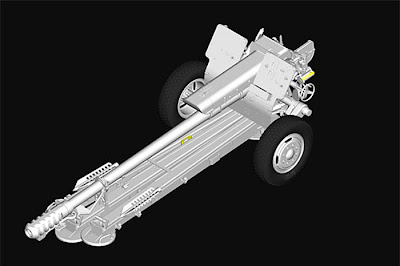 Soviet D30 122mm Howitzer 1:35 scale
An old-stager that went into service during the Cold War, in 1963. The gun continues in widespread use, not least by the Afghan National Army. We show here one of Trumpeter’s cgi drawings, used to create the original master mould, prior to mass production. 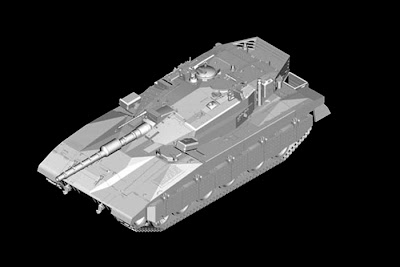 Israeli Merkava III tank 1:72 scale
In service since 1978, the Merkava is Israel’s own-design Main Battle Tank, and production continues with the Mk IV range. This Trumpeter version features the earlier Mk III, of which 780 were built. Note the small scale of this kit, extremely useful for aircraft modellers and diorama fans. 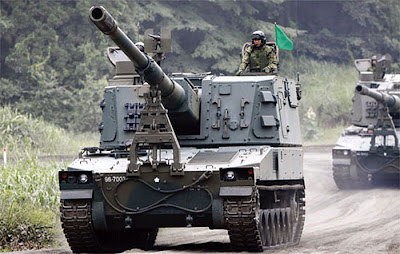 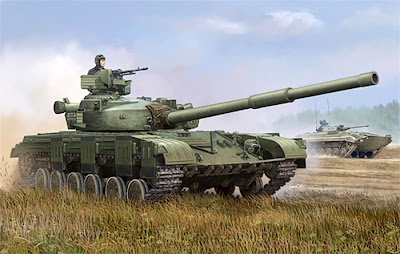 Soviet T-64 tank 1:35 scale
The cover art we show here depicts a 1972 production machine. The T-64 has been a hugely successful design, with more than 13,000 built since going into service in 1963. The kit features an elevating main gun, and turret with a detailed machine-gun mounted on top. 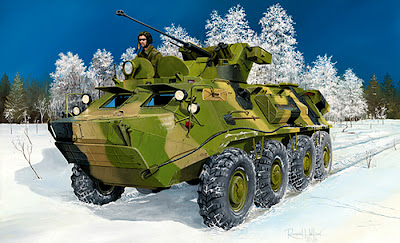 Soviet BTR-60 PB 1:35 scale
Another Soviet machine, the BTR is an eight-wheel Personnel Carrier that predates the T-64, having been in continuous service since 1959. It’s amphibious and the rear water-jet is featured in the kit, though it would be good if Trumpeter supplied a full load of figures, as the BTR can carry three crew and up to 14 fully-equipped troops. Ah well, maybe next time!

German Zerstorer Z-21 1:700 scale
From AFVs to ships, and a World War II German destroyer (“zerstorer”). The Z-21 had a short life - the Wilhelm Heidkamp was launched in August 1938, commissioned in June 1939, only to be sunk by Allied forces exactly 10 months later. It’s an unusual subject for Trumpeter, and produced in a popular scale too. 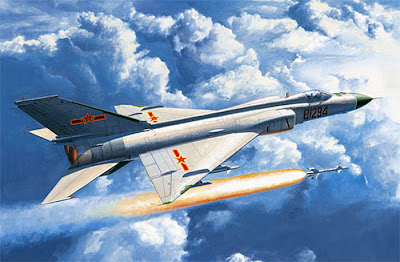 Chinese J-8IID fighter 1:48 scale
One of the Shenyang fighter series, the J8IID is a single-seat interceptor, and a more advanced version of the original J-8. Trumpeter has produced the kit in this writer’s favourite 1:48 scale - not too big, not too small. The kit comes complete with a full weapon set, and depicts the widely-used Chinese fighter well. It joins the smaller 1:72 scale kit that’s already part of the Trumpeter range.

Summation
A round of applause for Trumpeter - a variety-packed release group. Kits are available online and in stores soon.